The following storage classes can be used in a C++ program: 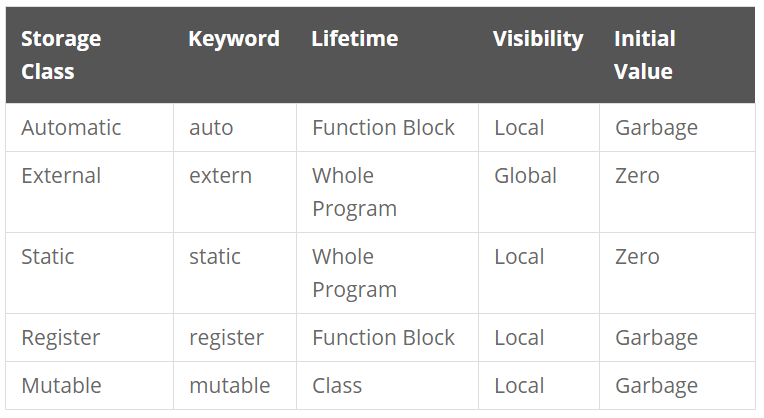 Example1:C++ program to create and use external storage.

The storage class is used to specify control of two different properties:

A Circuit in a graph G that passes through every vertex exactly once is called a "Hamilton Cycle". The Worst Case complexity when used with DFS and back tracking is O(N!).