Imagine yourself to be the Vasco-Da-Gama of the 21st Century who have come to India for the first time. Now you want to visit all the World Heritage Sites and return to the starting landmark but then there is a budget constraint and you don't want your crew to repeat site. Seems pretty tough for an young exlplorer,right ?

This situation can be imagined as a classical Graph Theory problem where each heritage site is a "Vertex" and the route from one site to the other is an "Edge". 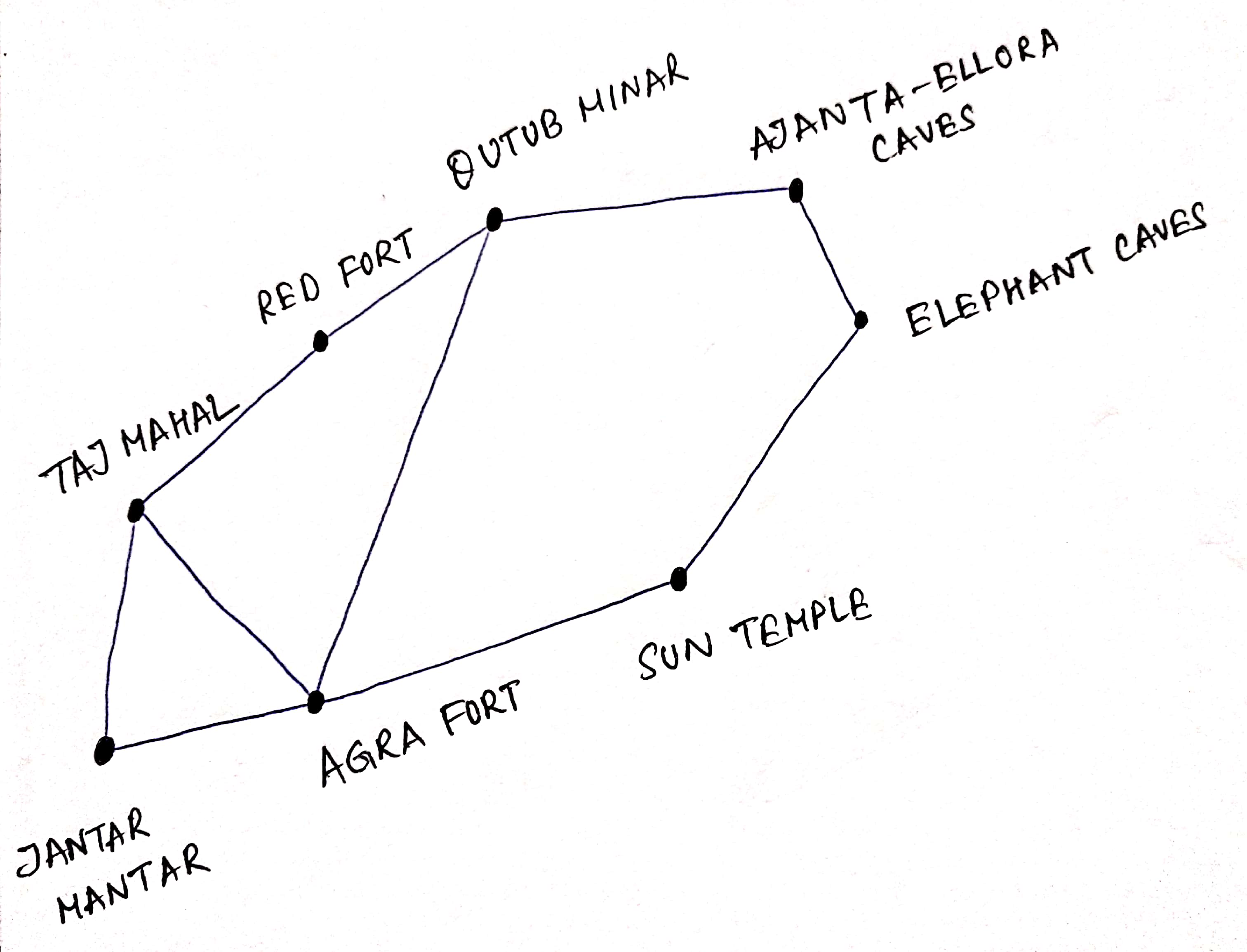 A Circuit in a graph G that passes through every vertex exactly once is called a "Hamilton Cycle". 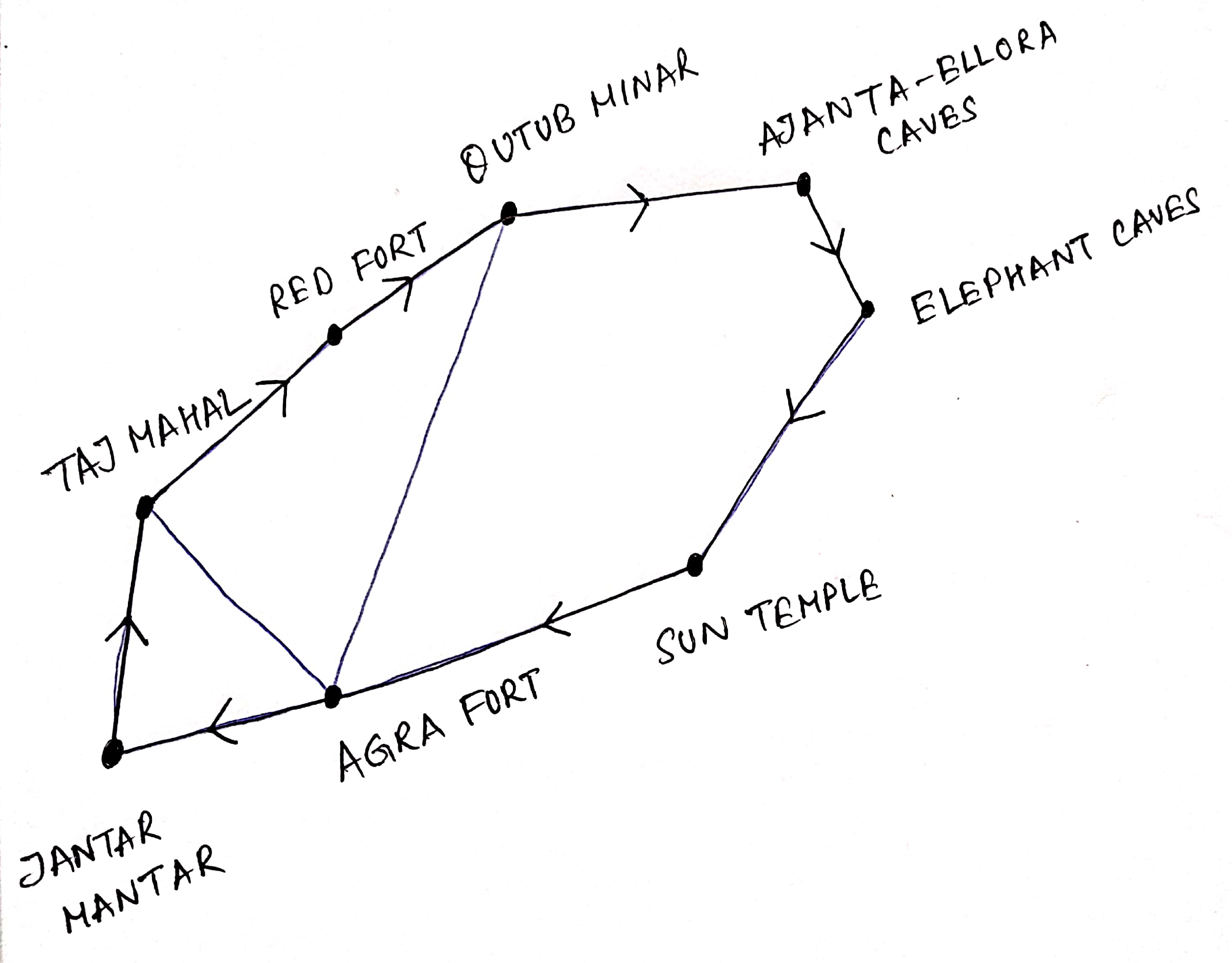 The route depicted starting from Taj Mahal and ending in there is an example of "Hamilton Cycle".

Step 1 : Insert vertex 0 (i.e the starting vertex) to the path[] array.
Step 2 : Check whether a vertex starting from (vertex 1) is adjacent to the previously added vertex and has been added.
Step 3 : If we find such a vertex satisfying conditions of Step 2, then we add that vertex to path[]
Step 4 : If we don't find such a vertex we return False

Given a graph G, we need to find the Hamilton Cycle

Step 1: Initialize the array with the starting vertex 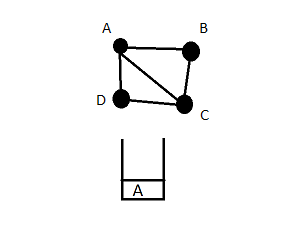 Step 2: Search for adjacent vertex of the topmost element (here it's adjacent element of A i.e B, C and D ). We start by choosing B and insert in the array. 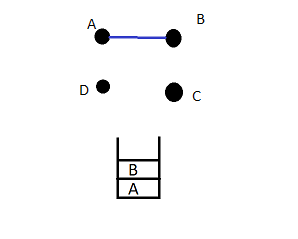 Step 3: The topmost element is now B which is the current vertex. We again search for the adjacent vertex (here C) since C has not been traversed we add in the list. 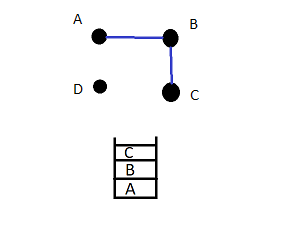 Step 4: The current vertex is now C, we see the adjacent vertex from here. We get D and B, inserting D into the array as B has already been considered. 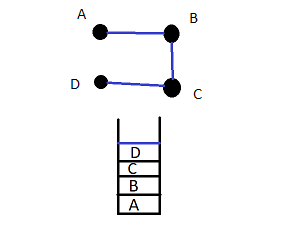 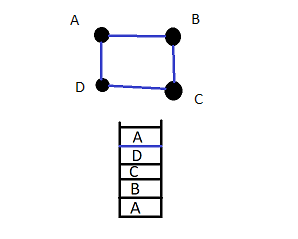 In another case, if we would have chosen C in Step 2, we would end up getting stuck. We would have to traverse a vertex more than once which is not the property of a Hamilton Cycle. 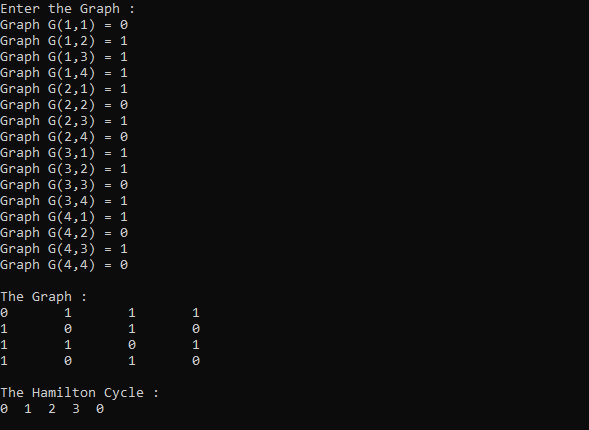 The Graph given in the example section, we input that in the form of an Adjacency Matrix. The Hamilton Cycle thus obtained is the output.

The Worst Case complexity when used with DFS and backtracking is O(N!).

Inspired from a game called the "Isconian puzzle", a dodecahedron containing 20 vertices which denotes a city and the edges denotes the routes (as shown in the Fig. (a)). The object of the puzzle was to start at a city and travel along the edges of the dedecahedron, visiting each of other 19 cities exactly once and end back at the first city.

The cycle or the circuit thus obtained is (Fig. (b)): 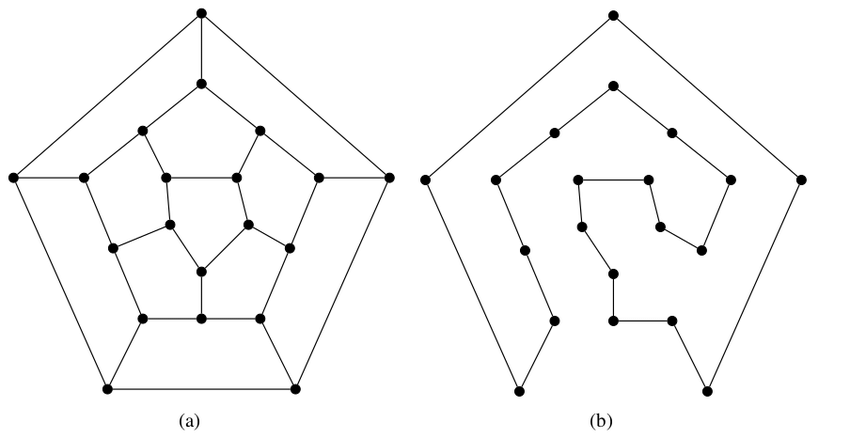 This problem involves finding the shortest route a travelling salesman should take to visit a set of cities. This reduces to finding a "Hamilton Cycle" in a complete graph such that the total weight of its edges is as small as possible. This shortest can be found out by something called the Dijkastra Algorithm

In C++, when a subclass inherits from multiple base classes, it is known as multiple inheritance. The Dreaded Diamond refers to a class structure in which a particular class appears more than once in a class's inheritance hierarchy. To prevent it, virtual base class is used

Storage class is used to define the lifetime and visibility of a variable and/or function within a C++ program.These specifiers precede the type that they modify. They are Automatic, External, Static, Register and Mutable