In this article, we have explored Depth Limited Search algorithm which is a restricted version of Depth First Search (DFS).

Before moving on to the next path, a Depth First Search starts at the root node and follows each branch to its deepest node. The problem with DFS is that this could lead to an infinite loop. By incorporating a specified limit termed as the depth limit, the Depth Limited Search Algorithm eliminates the issue of the DFS algorithm's infinite path problem; In a graph, the depth limit is the point beyond which no nodes are explored.

We are given a graph G and a depth limit 'l'. Depth Limited Search is carried out in the following way:

When one of the following instances are satisfied, a Depth Limited Search can be terminated. 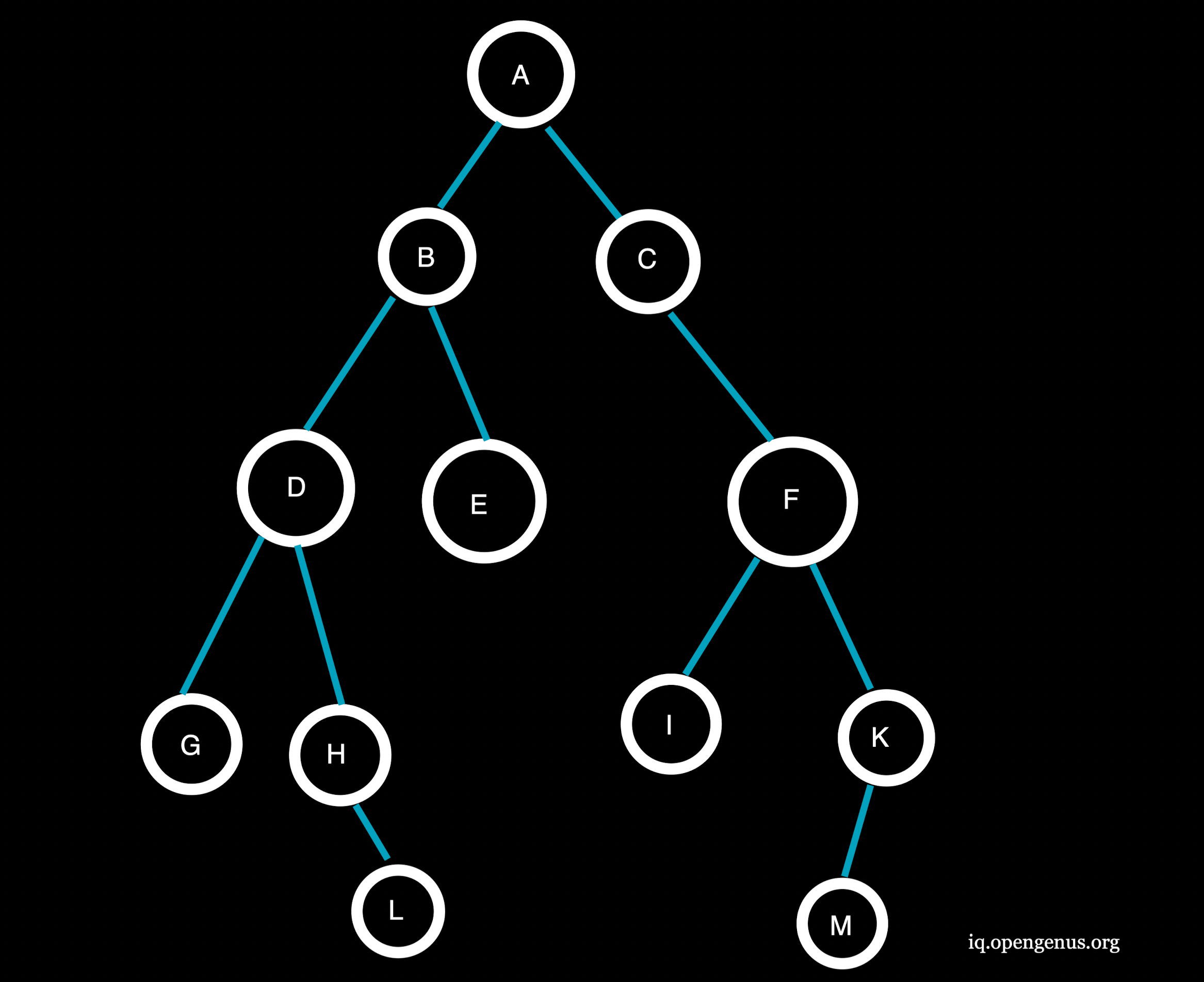 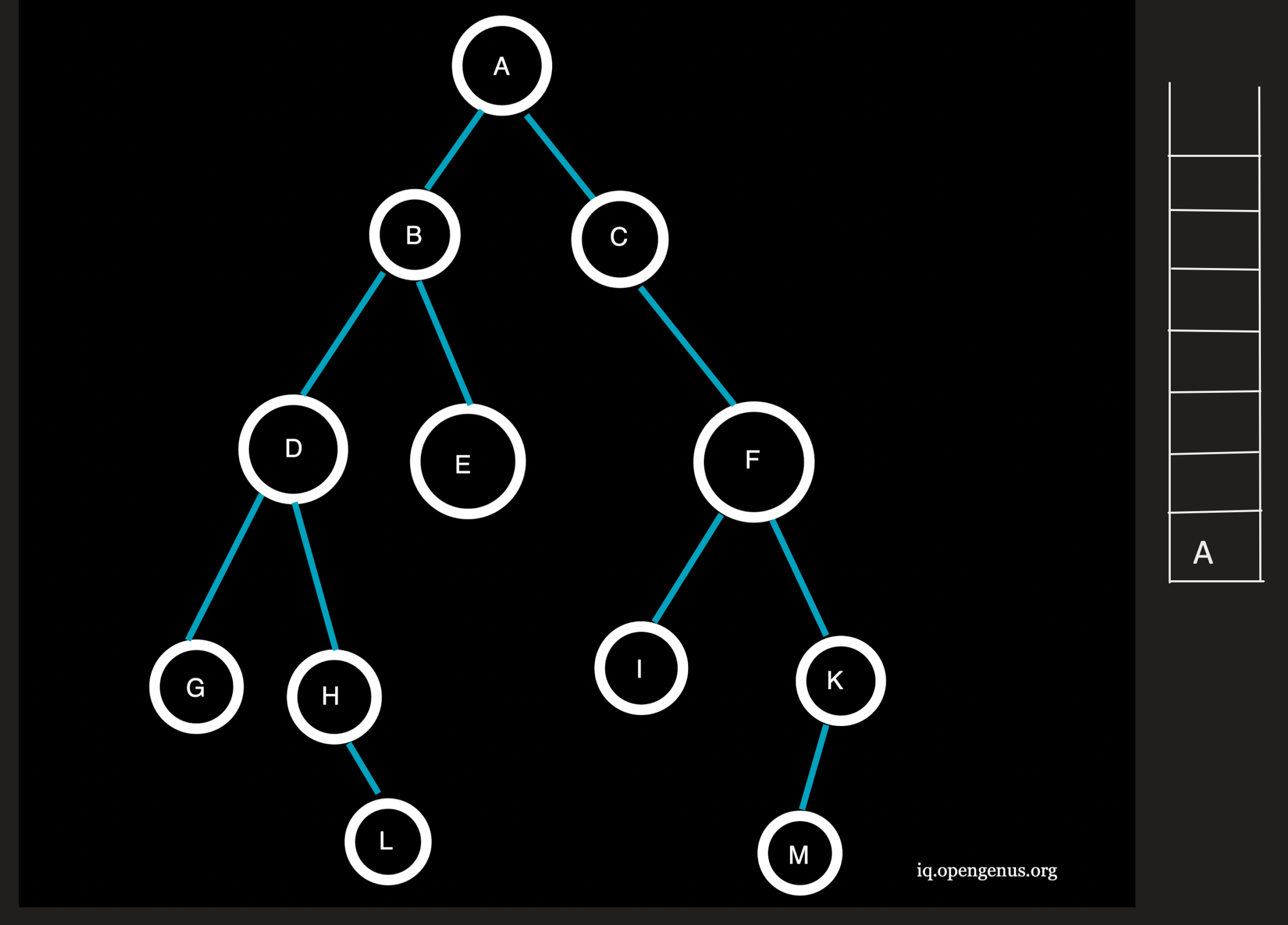 Now, the first element of the source node is pushed onto the stack. 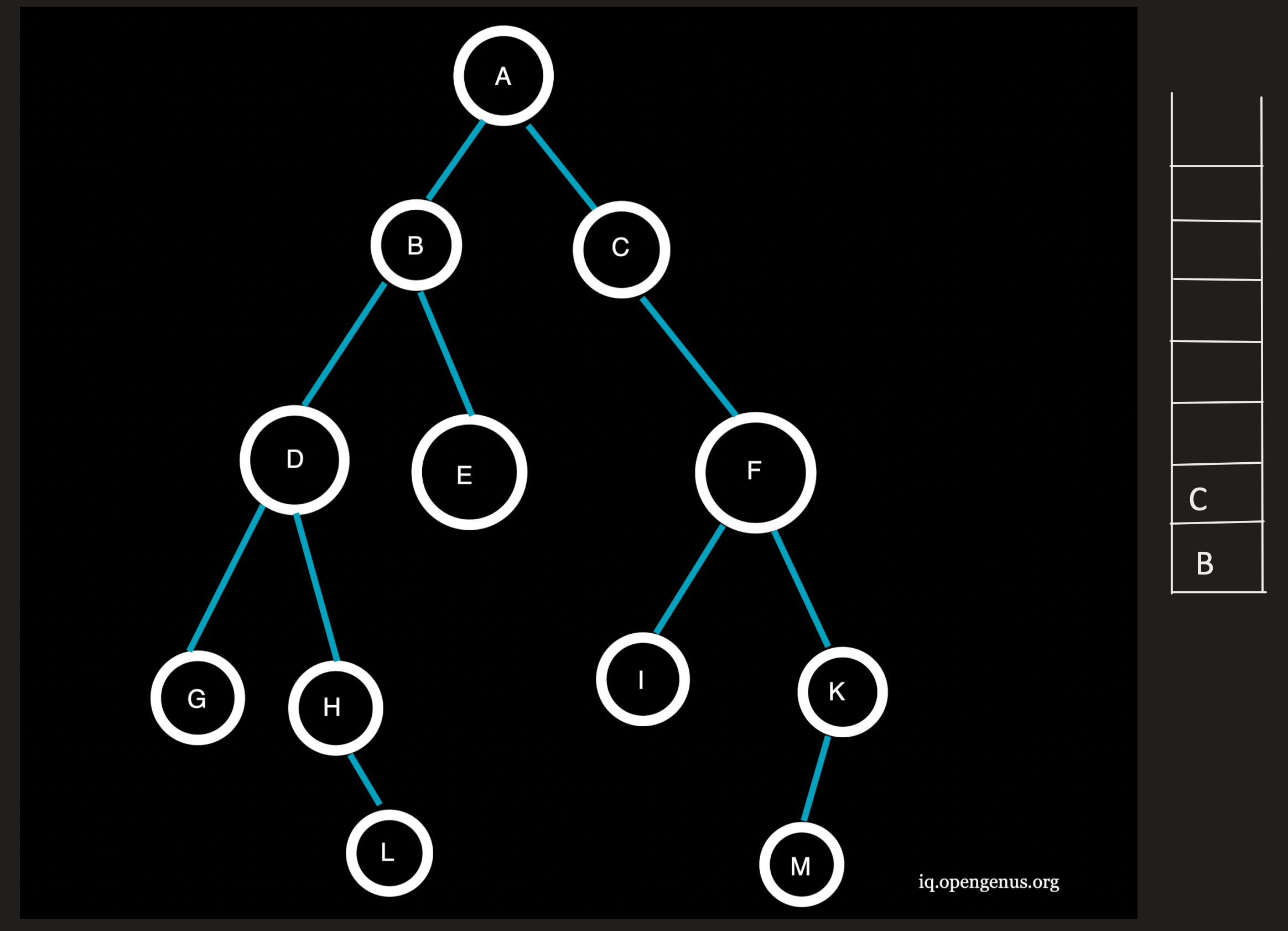 A being the top element is now popped from the stack and the neighbouring nodes B and C at depth=1(<l) of A are pushed onto the stack.
Traversal: A 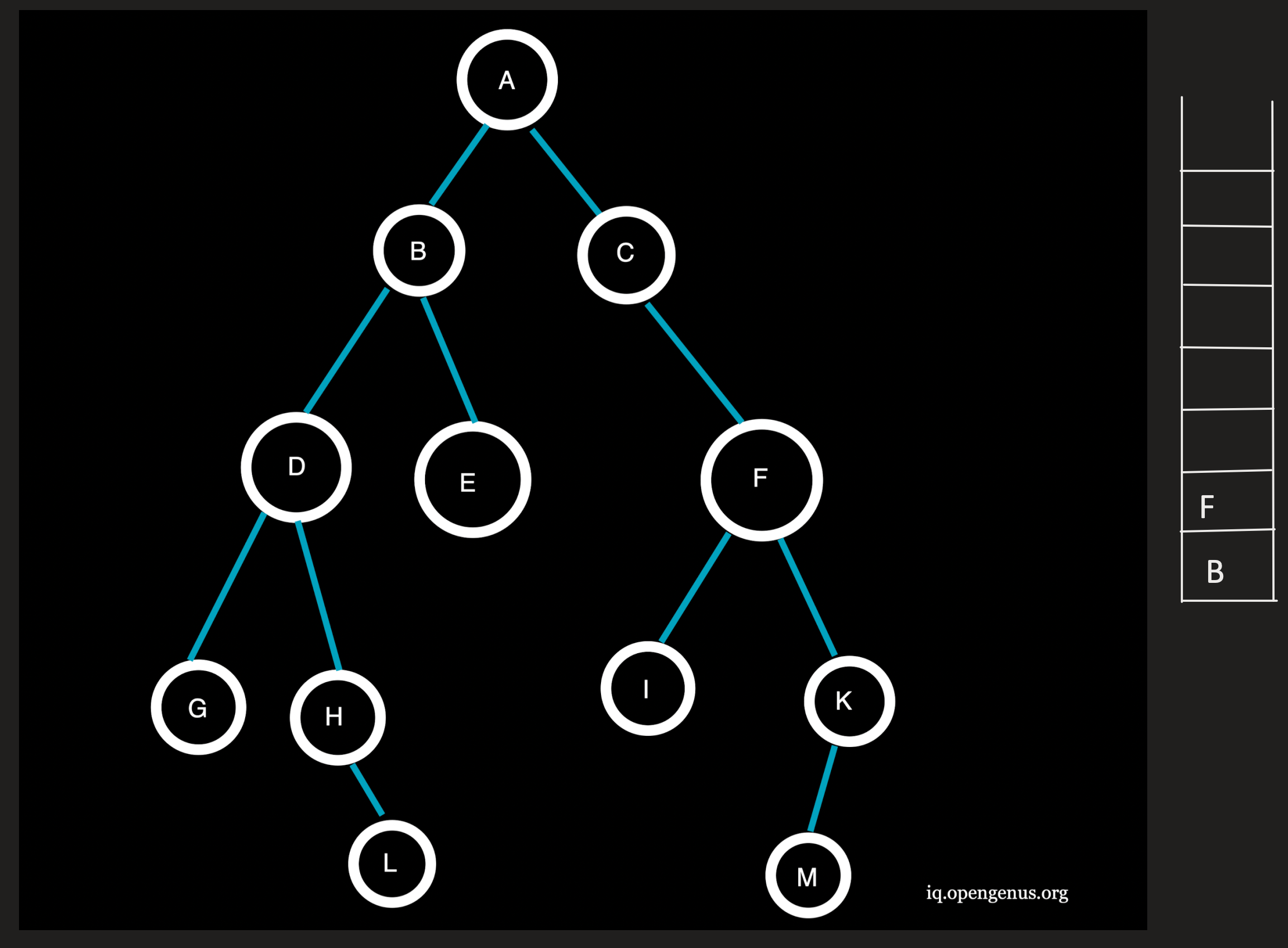 C being the topmost element is popped from the stack and the neighbouring node F at depth=2(=l) is pushed onto the stack.
Traversal: AC 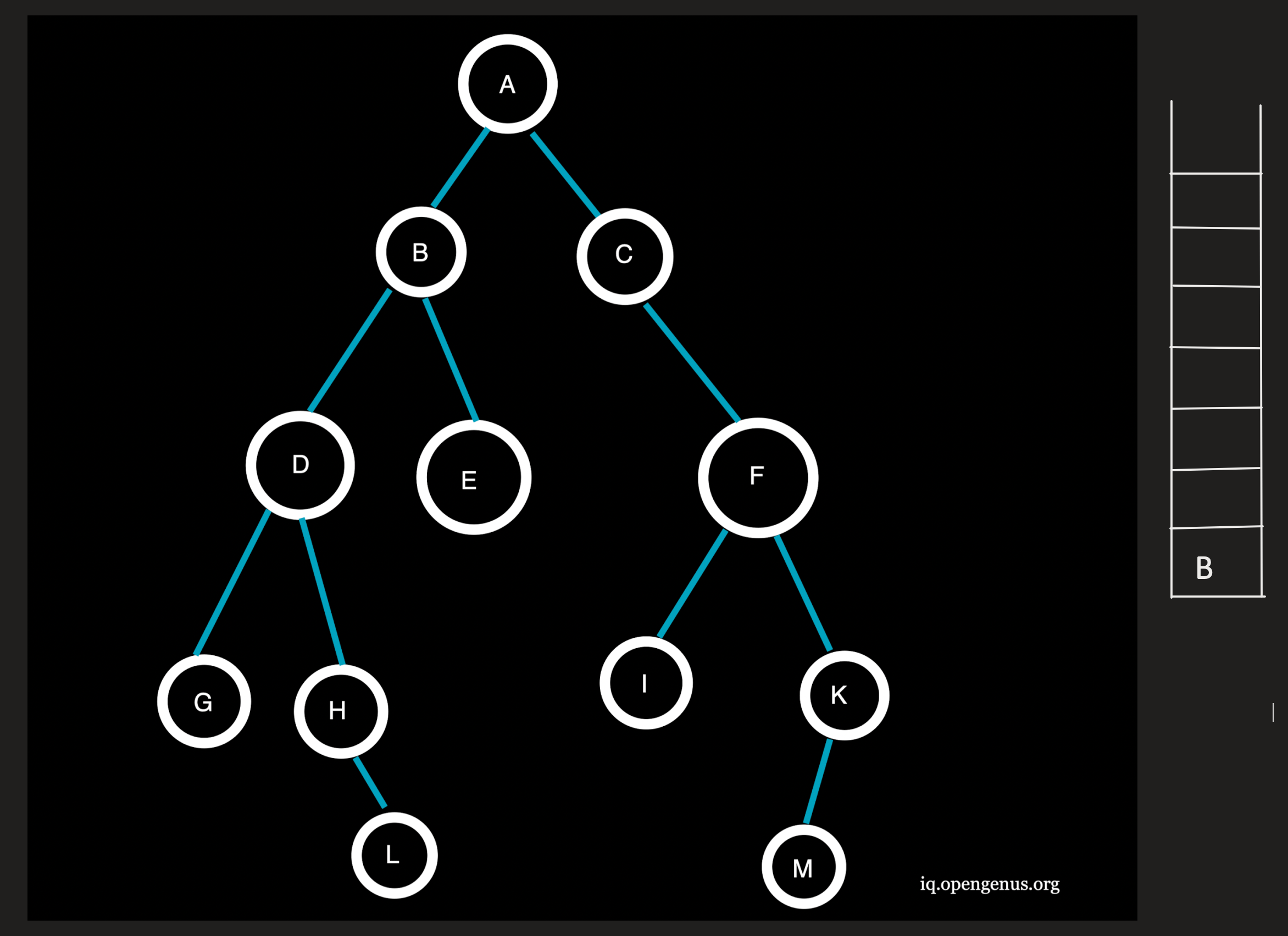 F being the topmost element is popped from the stack and the neighbouring nodes I and J at depth=3(>l) will not be pushed onto the stack.
Traversal: ACF 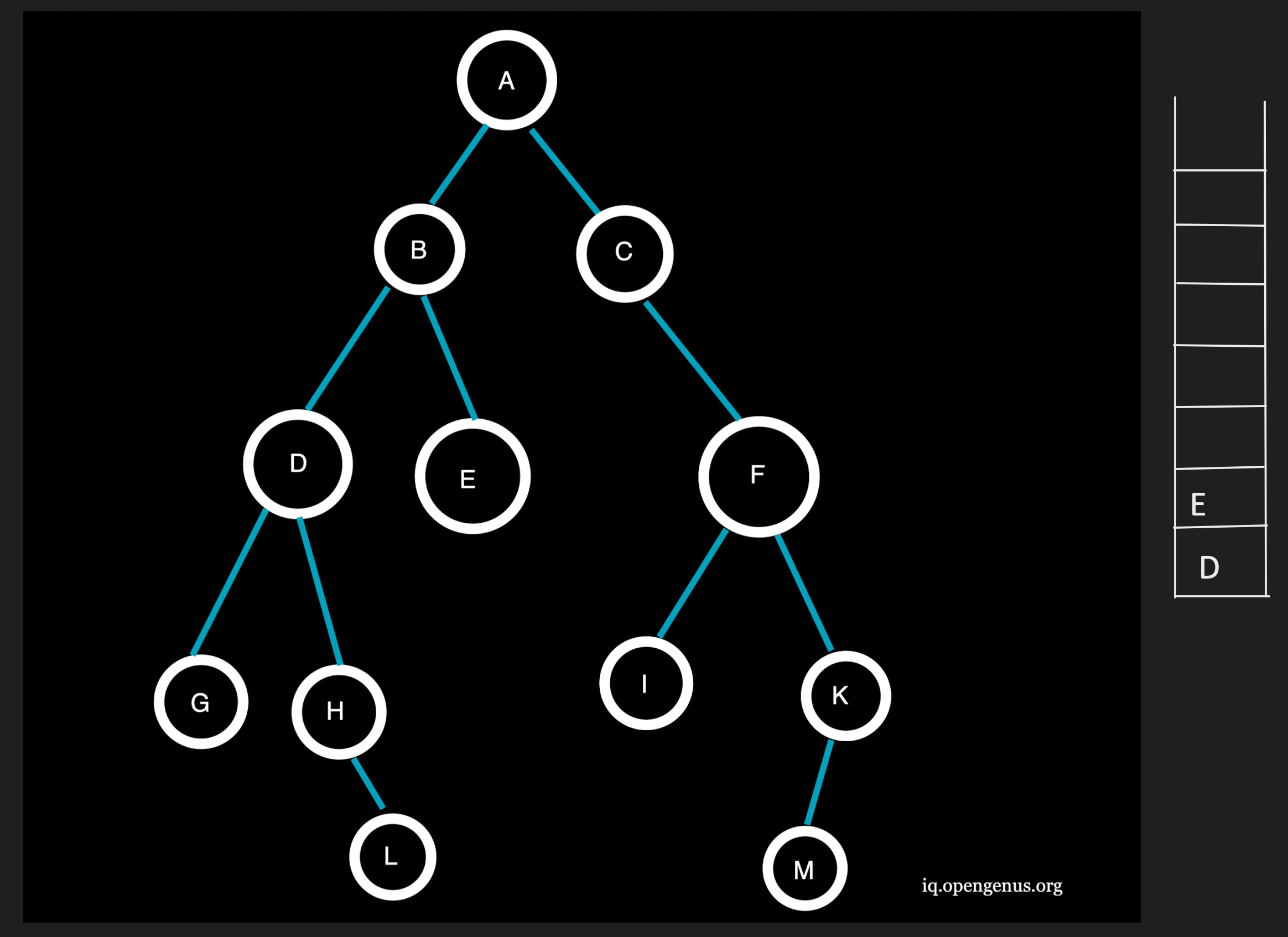 B being the topmost element is popped from the stack and the neighbouring nodes D and E at depth=2(=l) are pushed onto the stack.
Traversal: ACFB 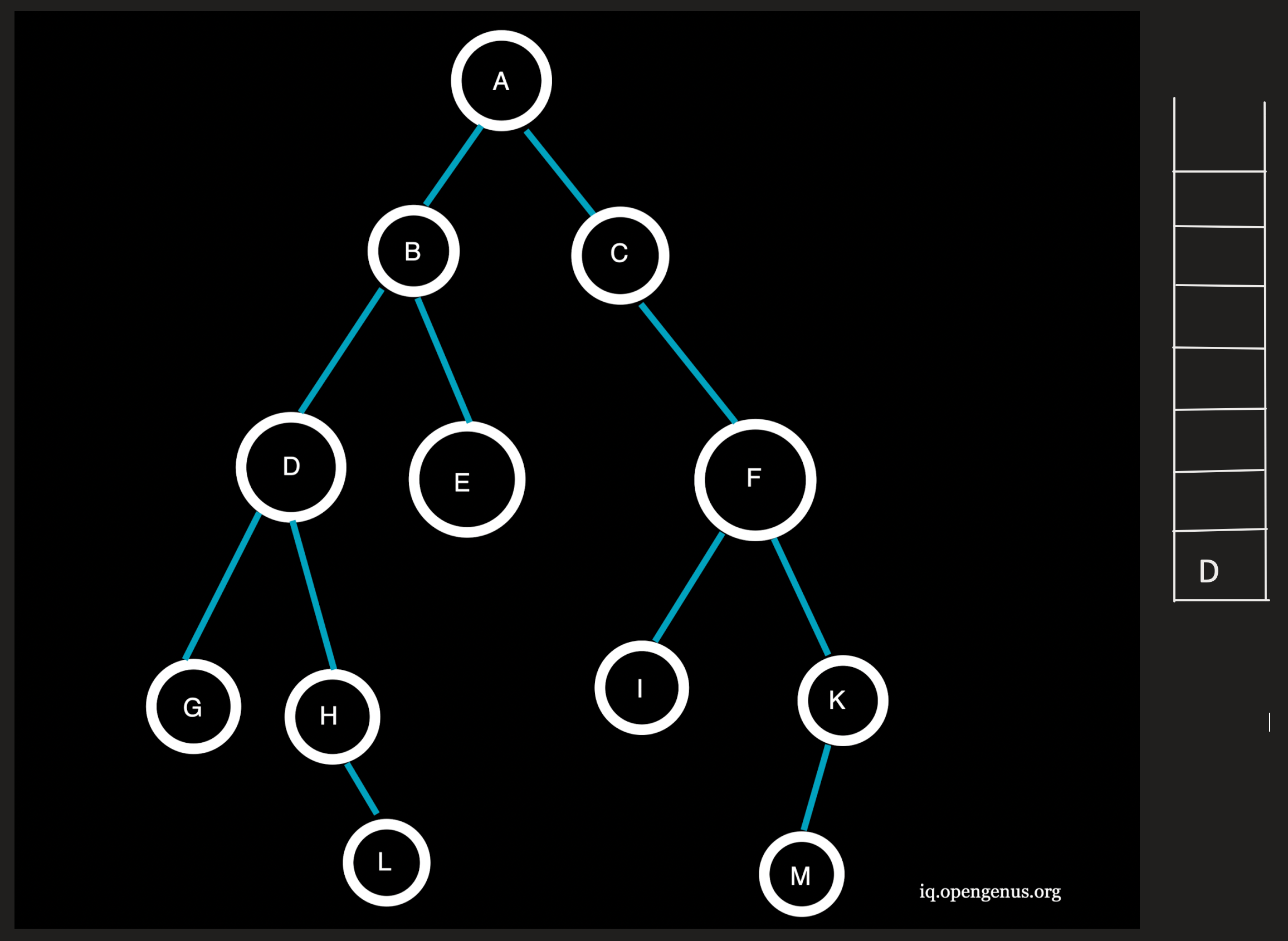 E being the topmost element is popped from the stack and since E has no neighbouring nodes, no nodes are pushed onto the stack.
Traversal: ACFBE 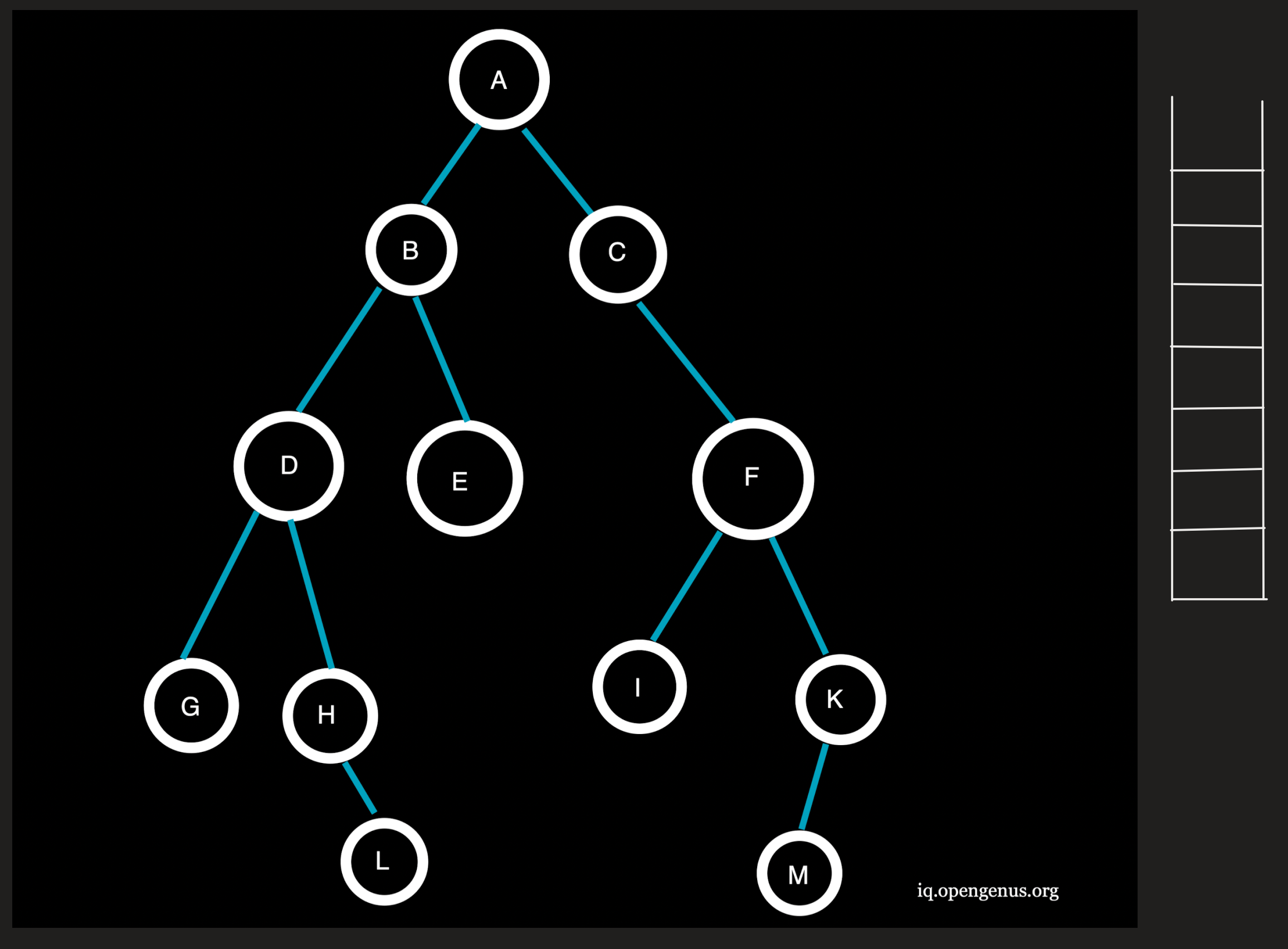 D being the topmost element is popped from the stack and the neighbouring nodes G and H at depth=3(>l) will not be pushed onto the stack.
Traversal: ACFBED

Since the stack is now empty, all nodes within the depth limit have been visited, but the target node H has not been reached.

1.Depth limited search is more efficient than DFS, using less time and memory.
2.If a solution exists, DFS guarantees that it will be found in a finite amount of time.
3.To address the drawbacks of DFS, we set a depth limit and run our search technique repeatedly through the search tree.
4.DLS has applications in graph theory that are highly comparable to DFS.

Completeness: DLS search algorithm is complete if the solution is above the depth-limit.

Time Complexity: Time complexity of DLS algorithm is O(b^l) where b is known as the branching factor (number of children at each node) and l is the given depth limit.

Space Complexity: Space complexity of DLS algorithm is O(bxl) where b is known as the branching factor (number of children at each node) and l is the given depth limit.

Comparison of DLS with BFS and DFS 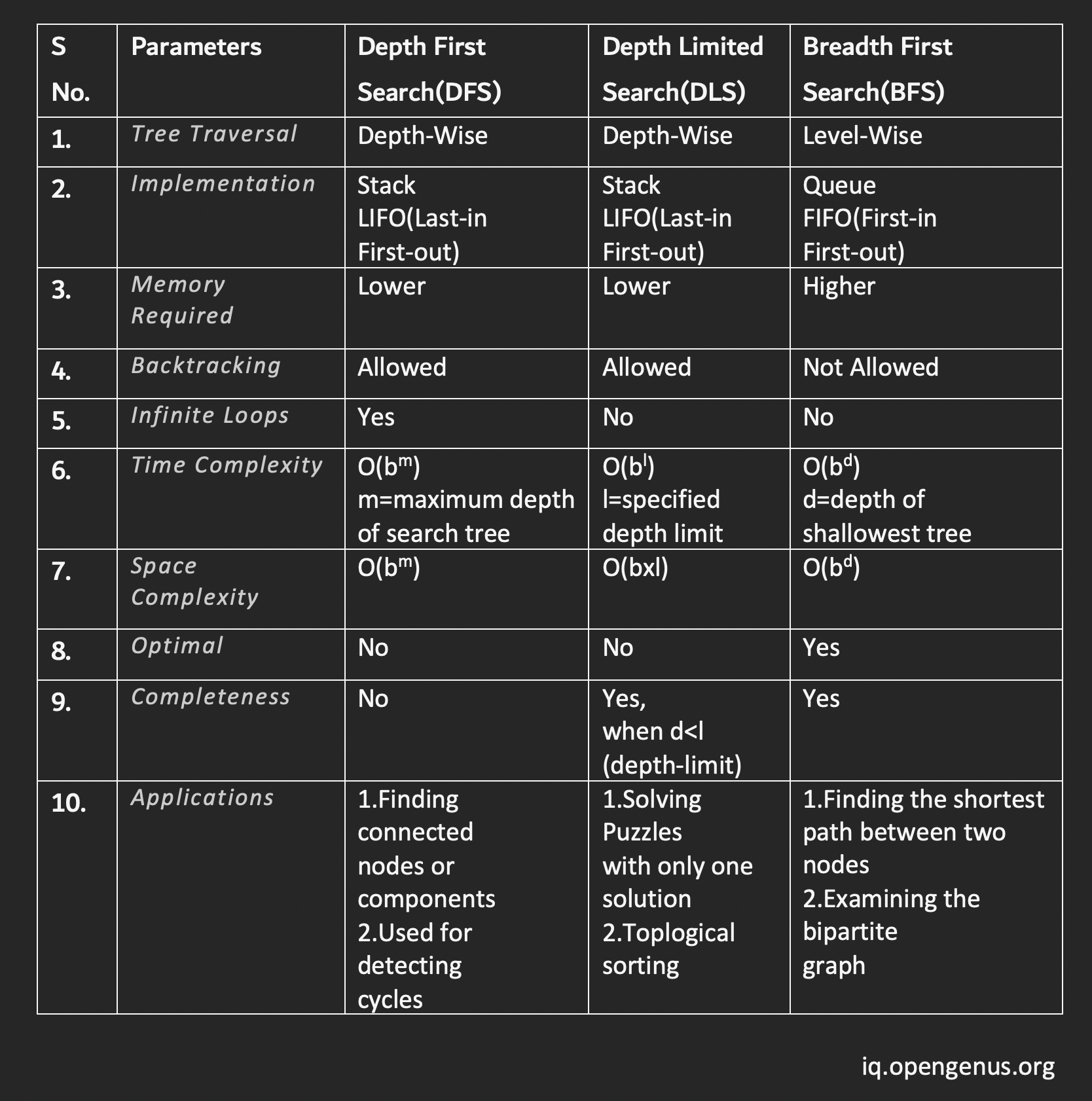 When we know the search domain and have previous knowledge of the problem and its domain, we apply the DLS algorithm, which is not the case with an uninformed search strategy. Unless someone has attempted and solved the problem before, we usually have almost no idea of the depth of the destination node.

In this article, we will discuss about the Introspective or Intro sort algorithm which is an efficient Hybrid Sorting Algorithm making use of Quick Sort, Heap Sort and Insertion Sort.