In this article, we shall be discussing the Bentley-Ottmann algorithm for computing a plane sweep. This lists all the intersection points in a set of line segments. The Bentley-Ottman algorithm takes O((n+k)logn) time where k = o(n^2/logn), it makes the algorithm more efficient than a standard naive approach which would take O(n^2) by checking every pair of segments.

Put simply, the Bentley-Ottmann algorithm sweeps across the given plan using a line. That said, a vertical line (let's call it L) will sweep across the plan horizontally or vertically, intersecting the input line segments in sequence as it move across. Generally, we can say:

When this is the case, line L will always intersect the input line segments in a set of points whose vertical ordering changes only at a set of discrete events. An event could be associated with an endpoint (far left or far right of a line) or an intersection point of two line segments. This means that the motion of line L can be decomposed into a finite sequence, and therefore simulated by an algorithm.

To maintain the intersection points of the sweeping line L with the input line segments, the Bentley-Ottmann algorithm maintains two data structures:

The tree contains the set of input line segments which intersect with L, ordered by the y-coordinate of the intersection points. The points themselves however are not explicitly represented in the BST. A segment will be inserted into the tree when our sweep line crosses the left end point of the segment. The position of the segment can be computed with a binary search, which tests whether the endpoint is above or below another segment which is intersected by L. This means that an intersection can be done in logarithmic time. The algorithm can also delete segments from the BST, then use the tree to determine the segments that are immediately above or below others. It can be done entirely in the tree and does not need the geometry of the segments.

The second data structure used in the algorithm is a priority queue. The queue is used to maintain a potential sequence of future events in the algorithm. As described in the introduction, each event can either be related to when the line sweeps across an endpoint of a segment or an intersection point. The event happens when L sweeps over the left endpoint of a segment, meaning the events can be prioritised with respect to the x-coordinates of the points that are associated. The possible future events consist of the line segment endpoints which have not yet been swept and the intersection points of lines containing pairs of segments which are immediately above or below each other. 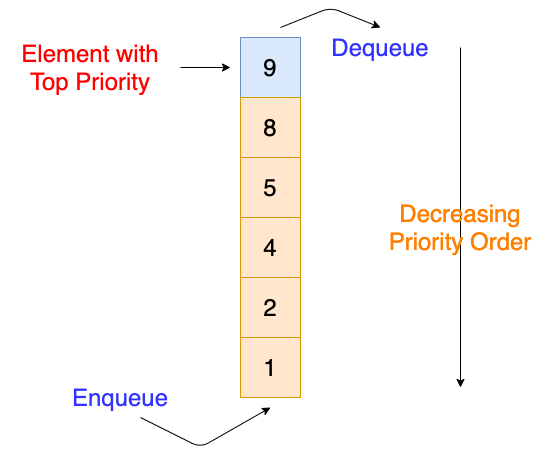 Having learned the principles of the algorithm, we can now formulate it into a computational approach.

Here is an implementation of the algorithm in Python

The algorithm will process 2n+k events where n is the number of inputted line segments and k is the number of crossings. Each event is processed by a a constant number of BST and queue operations. Since the queue only contains segment endpoints and crossings between adjacent segments, it will not exceed more than 3n events. All given operations will take O(logn) to complete and therefore giving us the total time complexity of O((n+k)logn).

In this article we have covered the Bentley-Ottmann algorithm for computing all the intersections of a set of line segments by using the plane-sweeping technique. I have described the general theory behind the algorithm, the data structures used, the computational approach and implementation before finally analysing this to get both the proof that the algorithm works, and its time complexity.

In this article, we have explored Depth Limited Search algorithm which is a restricted version of Depth First Search (DFS).