In this article, we have explored Monotone Chain algorithm for finding Convex Hull in a given set of points.

In this article, we shall cover the monotone chain algorithm for finding the convex hull for a set of points.

The convex hull of a set of points is the smallest convex polygon that can contain all the points in a given space. The monotone chain algorithm is an effective method for this, based on splitting the shape into an upper and lower hull. 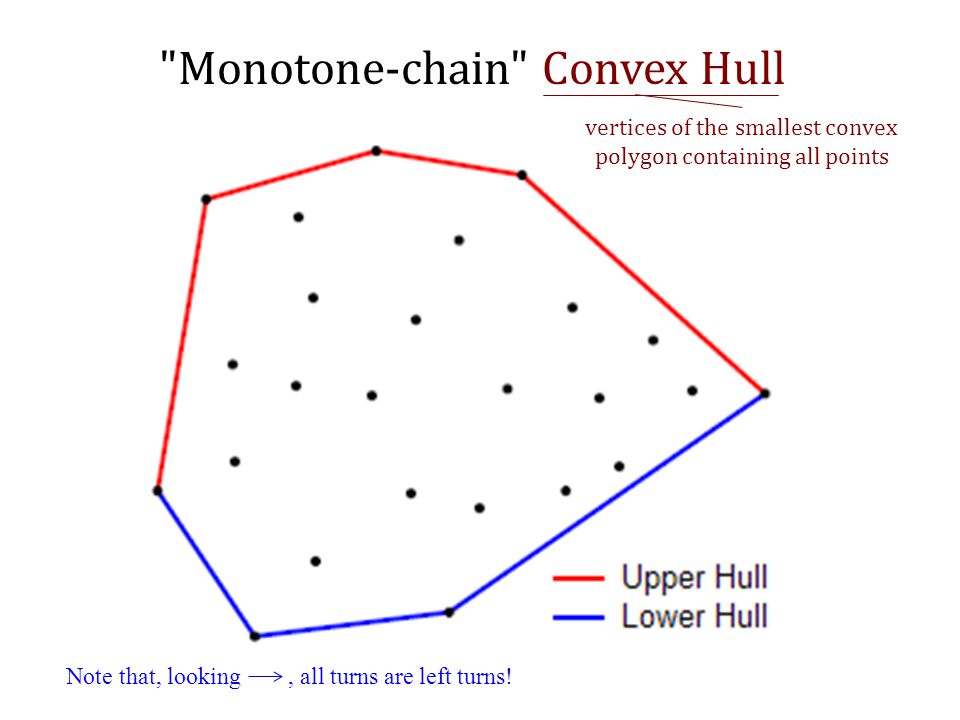 The monotone chain algorithm works in the following steps:

In pseudocode, this can be seen below: 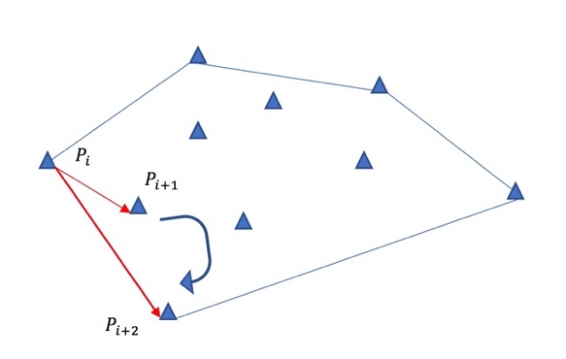 We shall now implement this into Python.

Firstly, we sort the input points lexicographically, and add an edge case for when 1 or no points are inputted. Then to decide which way to turn we find the cross product of vectors between two points, if it is positive, turn anti-clockwise and negative, clockwise. If this value is 0 then we can state the points are colinear. Next, we shall define and calculate the upper and lower hulls of the points (halves of the convex hull). And then concatenate them both in order to return the final convex hull.

The monotone chain algorithm for constructing the convex hull is completed in O(nlogn) time, The upper and lower hulls are calculated in O(n) time.

Convex hulls (by extension monotone chain algorithm) has uses in many different fields, a number are listed below.

A large use case for convex hulls is in maths. For example in the field of spectral analysis, the numerical range of a normal matrix is the convex hull of its eigenvalues. It can also be used in rendering of and calculations involving hyperbolic spaces. For example they can be used in the calculation of hyperbolic manifolds and low-dimensional topology. Another common use for convex hulls is the construction of Bezier curves, where it is known to lie within the convex hull of its control points.

In quantum physics, the state-space (set of all possible configurations for a system) is a convex hull with extreme points as positive semi-definite operators with interior points as mixed states (pure and mixed states respectively). The Schrodinger-HJW theorem states that any mixed state can be written as a convex combination of pure states in multiple ways. 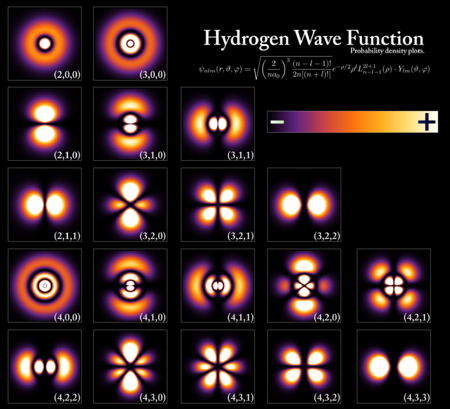 Convex hulls are extensively used in computer vision for calculating the approximate space/area that an object takes up. This is mostly useful in applications such as self-driving cars eg. if a convex hull is calculated of surrounding objects and the vehicle itself, an algorithm can then check for any intersections between the hulls to avoid collisions. This is much easier for computers to calculate as opposed to if much denser point amounts were used for each object. By extension this can also therefore be applicable in robot motion planning and additionally pose tracking such as seen in the image below. 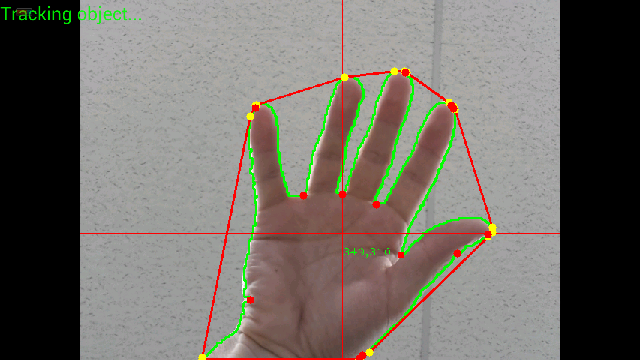 In this article at OpenGenus, we have discussed the monotone chain algorithm for finding the convex hull of a set of points. We explained the basis of a convex hull and the algorithm itself, layed out each step, implemented it in Python and explained its performance before finally talk through some of the many use cases for a convex hull in the real world.

In this article, we have explored Time and Space Complexity analysis of Insertion Sort on Linked List.

Over the course of this article, you will be learning how to automate the sending of bulk messages with WhatsApp! A basic way which only uses 2 lines of code and a complete program so you can understand this process.