In this article, we have explained the differences between Directed and Undirected Graphs based on different attributes such as adjacency matrix, entropy and much more.

Before we start with the problem at hand we should first recall what graphs are.
Graphs are non linear data structure that enables us to viusalise structure of objects connected using links. Thre are two main components of a graph namely-

Now, we will further discover the differences between these two graphs 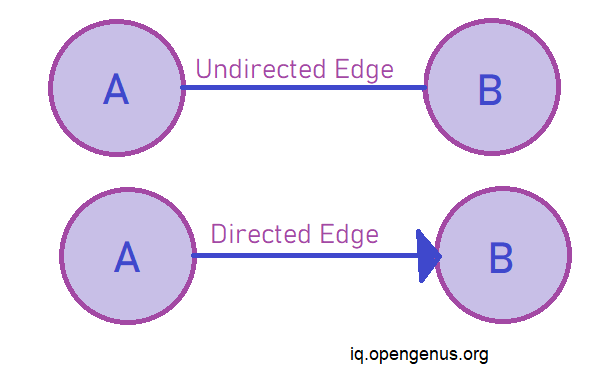 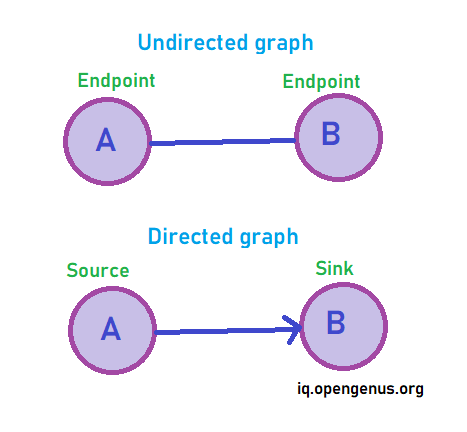 Since the edges in undirected graph are bi-directional it leads to formation of of an adjacency matrix that is symmetrical. 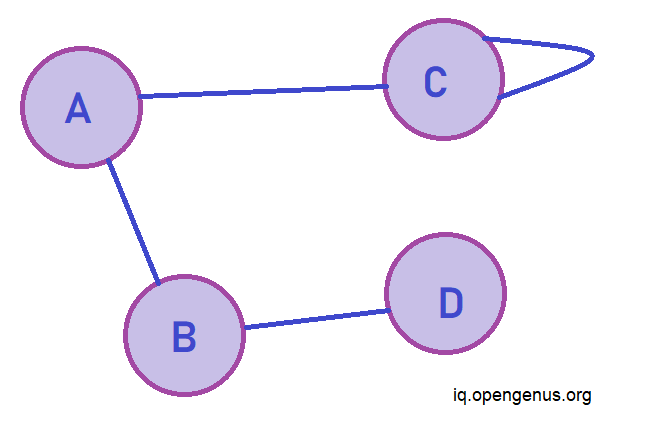 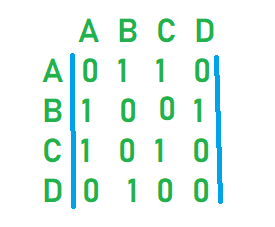 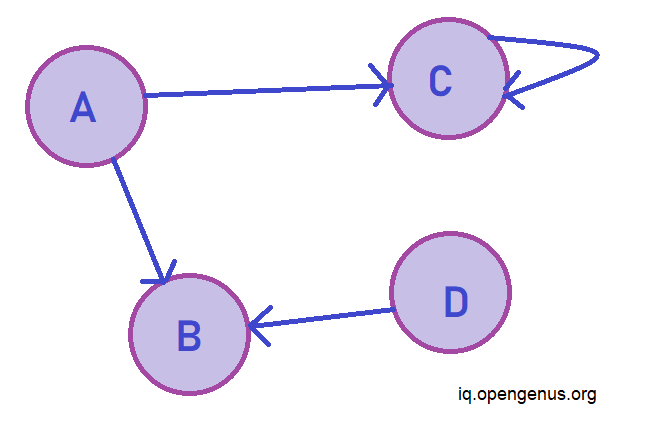 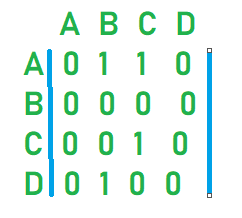 In physical sciences entropy is a measure of disorder of a system. Similarly in in graph theory entropy is the index for describing the structure and function of a network. Entropy is related to amount of information stored in a graph. This is used in field of computer science to check compression of data as compressed data is more random and hence has higher entropy.
Compared to a directed network an undirected network has higher entropy for lower number of edges and this trend changes as number of edges increases. Entropy is mainly dependent on number of edges and directed networks are again a special case due to the asymmetric transfer.
The directed and undirected graphs also differ in the methods that their entropy is calculated.For an undirected graph we use the method given by Körner where
Entropy of graph H(G) = min(I(X,Y))
where X is uniform random vertex in G and Y is independent set containing X.
However for directed graphs we use Chung's generalisation or von Neuman approach which is based on graph laplacian , this can be applied to both weakly and strongly directed graphs a simple form of this be represented in simple node in-degree out-degree based statistics.

Since both directed and undirected graphs differ so much it is natural that they differ in their functionality.

Undirected graphs are more restrictive than directive graphs as they do not allow for modelling of realtionships.
The most common use of undirected graph is to represent network topologies in the field of computer networksand can also be used to represent pedestrian pathways where foot traffic is allowed in both directions between an intersection. 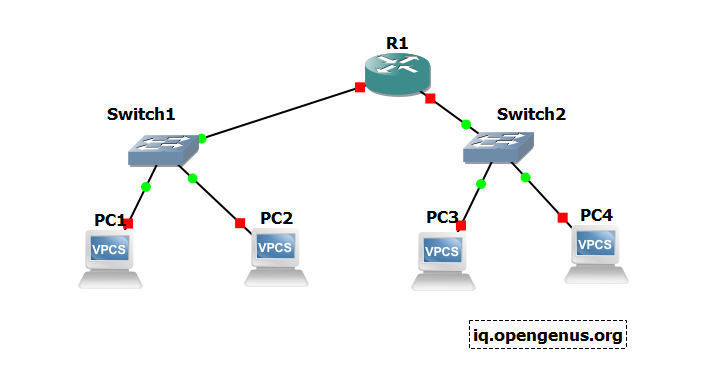 In the above example the componenets inthe network can be thought of as nodes and the connection between them as edges.
Trees are connected acyclic graphs we have read this over and over this means that we should be able to traverse from any node v to any node u. If we take trees to be directed then it may not be possible to traverse to a node from any other node. Unless qualified otherwise(phylogenic and family trees) trees are usually taken to be undirected.

Directed graphs however are useful for modelling real world structures. Usually used for phylogenic trees as they contain parent child relationship the arrow usually points towards the child. This is helpful as undirected graph would fail at distinguishing between the parent and the child. 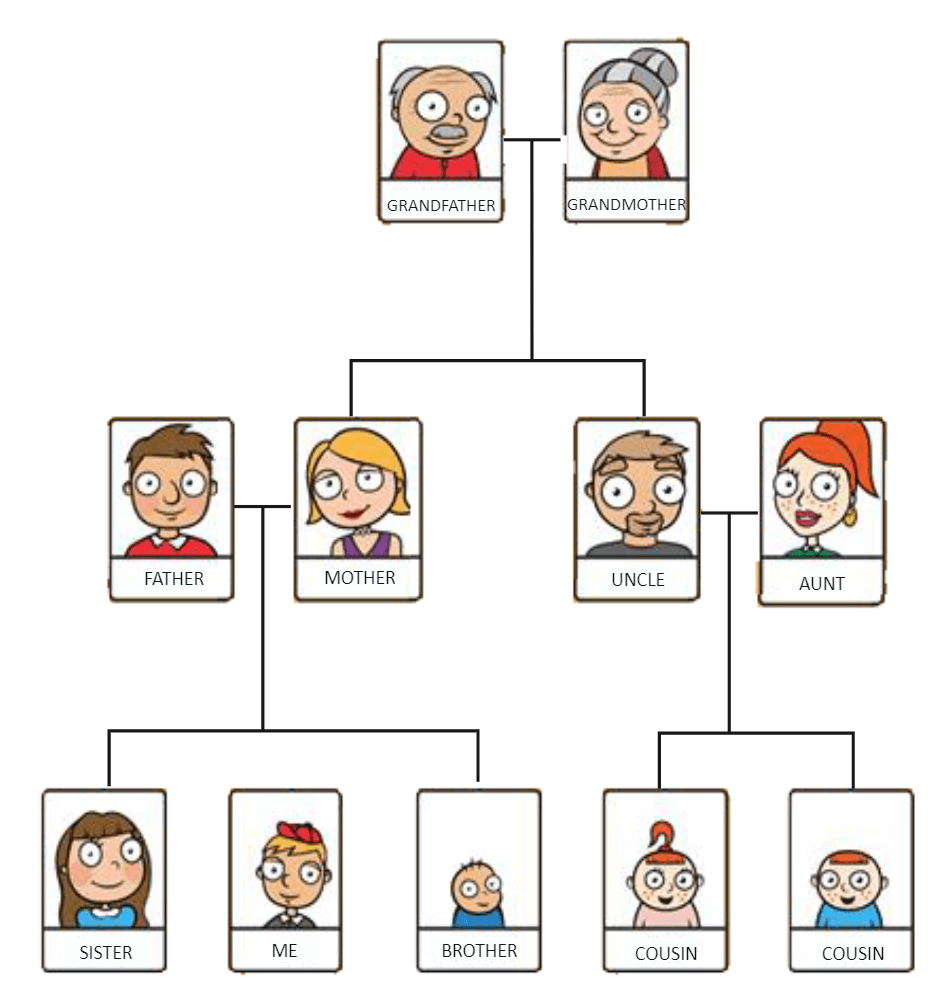 This can be modelled as directed graph with people as nodes and arrows from parent to child.

If you were to create a graph of people on instagram where edges represent who follows whom which graph will you choose?

Directed Graph
Undirected Graph
Both
None
Since the follower following structure does not work bothways hence a directed graph will indicate who follows whom.

If you were to create a graph and only association was important whick graph will you choose.

Undirected Grpah
Directed Graph
Both
None
Undirected graphs may not give much other information but are useful for showing association.

Last year, Apple announced huge changes to its privacy policy. This gave iPhone users a lot of control of their data. Due to this, Meta stock and earnings dipped by around 50%.

In this article, we are going to learn about the different ways to pause a program in C++. With the help of this method or function, you will be able to pause any C++ program during execution.