In this article, we are going to explore D’Esopo-Pape Algorithm, a single source shortest path algorithm proposed by D’Esopo and Pape in 1980. This is an efficient alternative to the famous Dijkstra's Algorithm, but has an exponential time complexity in the worst case. 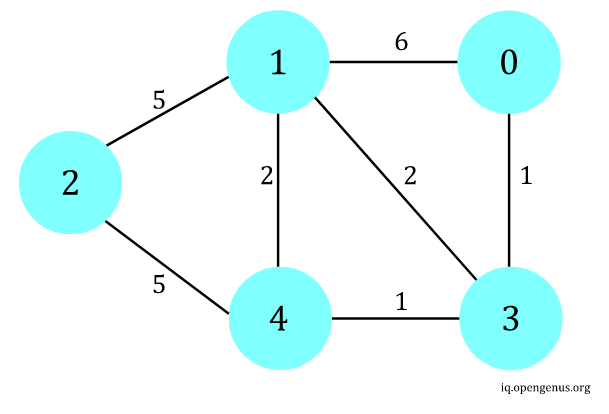 For Dijkstra to work, a source must first be specified, (let's assume source = vertex 0, hence single source). After running Dijkstra, the shortest paths from source to all vertexes are calculated and one can traversal from vertex 0 to every other vertexes with the guaranteed shortest path. Details of Dijkstra can be found here. In a nutshell, it works by greedily choosing the next vertex with minimum cost from source to traverse (best-first scanning) and update their cost if applicable. It also assumes there are no negative weight edges. But how does it relates to our topic of the day?

❓How D’Esopo-Pape Algorithm differs from Dijkstra's?

🚙2. D’Esopo-Pape Algorithm under the hood

As shown in the comments above, D’Esopo-Pape Algorithm uses deque instead of normal queue which maintains a constant time operation for pushback() and pushfront(). At each loop, the first element in deque is popped instead of choosing the vertex with the lowest cost. After updating the cost to vertex v, v would be appended (front or back) to deque subjected to the conditionals. It is quite similar to Dijkstra's Algorithm with a few tweaks.

Figure 2
First start by vertex 0, and put 1, 3 into the deque, update the cost and previous array accordingly.

Figure 3
Traverse vertex 1 and add its unvisited neighbors 2, 4 onto the back of the deque.

Figure 4
Traverse vertex 3 and add its visited neighbour (vertex 1) to the front of the deque.

Figure 6
If there is no vertex's cost lower than the alterative cost from vertex 2, no elements would be added to the deque.

Figure 8
Finally the algorithm finishes by clearing the deque with no vertex to add to it.

Below shows the implementation of D’Esopo-Pape with respect to the graph shown in Figure 1.

⌛Time complexity and best use case

Intuitively, D’Esopo-Pape Algorithm is more efficient then Dijkstra's Algorithm (Priority Queue implementation) in most spare graph traversal since the latter requires maintenance of min binary heap with O(log V) runtime for extract_min and decrease_cost functions, but the former only uses a deque to pop and append vertexes with constant runtime.

Note that each vertex would enter and leave the deque several times, and that increases the runtime of D’Esopo-Pape, but in a spare graph where each vertexes enters the deque in constant amount of time, the benefit of re-entering with constant push and pop runtime for D"Esopo-Pape would outweigh the logarithmic runtime for maintaining a heap with each vertex traversed once only. Therefore D’Esopo-Pape performs more efficiently in single-source shortest path calculation than Dijkstra. Ideally D’Esopo-Pape is best used in spare real-life network where number of vertexes are orders of magnitude larger than average nodal degree (between 2 to 3), which is found to outperform all other similar algorithms [2].

However, one must always consider the worst case. It happens when applying D’Esopo-Pape to a dense graph with a particular edge weight setting. In a dense graph, average nodal degree is close to the number of vertexes, upon traversing every vertex, all its neighbours would be relabelled, and so on for all the secondary neighbours. Simply put, from source u, it could potentially be relabelled O(V) times from all first-degree neighbours; from second-degree neighbours there are O(V^2) ways to "resurrect" u; from third-degree neighbours there are O(V^3) ways; ....; all the way till (V-1)-degree neighbours with O(V^V) numbers of ways to re-examine the source. The total time complexity of examinating a vertex is exponential, and thus the worst time complexity of D’Esopo-Pape is exponential -- O(V^V).

Referring to the pseudocode, Space complexity of D’Esopo-Pape should be O(V) since for all arrays which store 1. cost and 2. previous vertex traversed would at most occupy O(V) space with each of them individually stores at most all vertexes at any iteration.

Which real-life scenario is D’Esopo-Pape Algorithm NOT suitable?

(Answer at the end of this essay)

Answer: A. Small social network with highly connected members are a great representation of a dense graph in real life, which D’Esopo-Pape Algorithm may have exponential time complexity. Other options are a natrual spare graph which average nodel connections are orders of magnitude less than the number of vertexes, thus suitable to apply [2].

In this article, we have presented the top 20 Best Programmer Quotes of all time. Every GOAT 🐐 programmer needs to go through them and enjoy the excellence. This include quotes from significant figures like Donald Knuth, Edsger Dijkstra, Peter Norton and much more.

This is a short guide helping you to understand how to use our Checklists to keep track of your progress daily.