During startup, the BIOS performs initial tests after which it transfers control to the MBR where the boot-loader is stored. A bootloader is a program that loads the operating system into memory during startup.

When a computer is powered on, hardware information is displayed on the screen, this is the boot loader firmware working.

A boot loader is the program responsible for loading an operating system into memory when then the machine is booted up.

Responsibilities of a boot-loader involve:

This is a commonly used Linux boot-loader, it is based on the GRUB Legacy created in 1995. This new version supports BIOS and UEFI and all Linux file systems. Compared to its predecessor it is more powerful and safer. 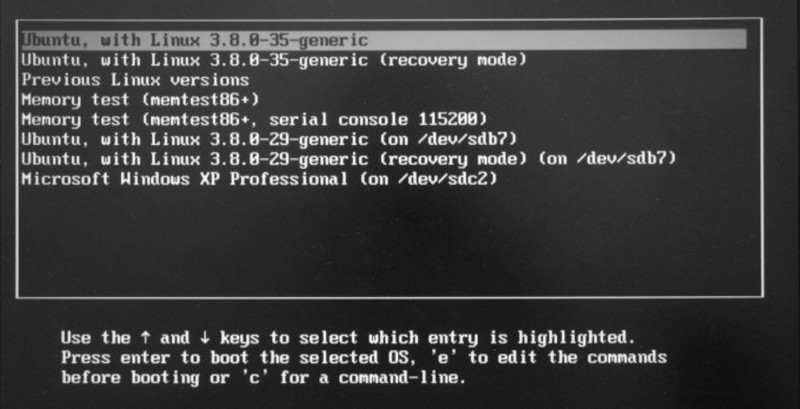 This is a collection of 5 boot-loaders, eponymous SYSLINUX, ISOLINUX, PXELINUX, EXTLINUX and MEMDISK.

It is can be used to boot multiple operating systems from a single USB stick.
It Supports multiple file systems such as ext4, ext3, ext2, FAT, NTFS etc.
These boot-loaders are usually used to boot live distributions of the Linux OS.

This is a Linux boot-loader used to boot Linux operating systems from hard disk, floppy disks. It is simple to use compared to the GRUB boot-loader.

This is a derivative of the GRUB boot-loader and inherits multiple of its features from GRUB.

Its object format allows it to be built for a wide range of OSs
Other than these inherited features, it also has additional features such as:

Although it is possible to run an embedded system right out of reset it is common convention to separate initial startup and POST which are in a separate boot-loader from the operating system itself.

The barebox boot-loader is designed for embedded systems e.g Linux. It runs on various system architectures such as x86 and ARM.
It is referred to as the swiss army knife for bare-metal Linux.

This is a boot-loader for EFI-based machines.

Some of its features include;

An open-source boot manager merged into systemd as systemd's boot component.
It is mainly used for systems implementing a "secure boot" feature.

YaBoot - Yet Another Boot loader.

It is built to run Linux in legacy PowerPC systems while offering features such as bootstrapping, partitioning, etc.

This is a modern-day boot manager for UEFI and EFI-based computers. It supports processors architectures such as x86, AMD64, and ARM.

Other boot loaders include;
bootmgr - This is a boot manager for Microsoft Operating Systems such as Windows Vista, Windows Server.
ELILO- a boot loader for EFI-based firmware systems.
SILO - SPARC Improved LOader, for booting SPARC of Linux using a hard disk, floppy, or CDROM.
grubutil-win32 - a Debian-installer loader for win32. Compared to traditional BIOS, it is user-friendly.

A boot-loader is responsible for loading the operating system to the Linux kernel and the Linux initial RAM disk.

We have looked at bootloaders that can run on Linux operating Systems.

We discuss BIOS - firmware stored in non-volatile memory e.g EPROM, responsible for startup procedures such as POST before passing control to the bootloader which loads the OS.

GRUB is one of the many Linux boot loaders responsible for loading an operating system into memory during startup. In this article we discuss the booting process involving GRUB and how to configure and customize GRUB.