In past recent years, the transformer model hit a big success especially in natural language processing applications like language translation and automatic question answering where the model achieved state of the art results. After this success, researches tried to take benefit of this model in many other domains. In 2020 Alexey Dosovitskiy et al [1] used the transformer model to build a new network for image recognition called the vision transformer, that we will try to explain and to implement in this article.

First let's recall that the transformer model was originally designed for text translation, hence it has an encoder-decoder architecture. Both the encoder and the decoder are composed from a sequencing of layers that are built using two components: multihead-attention and a feed forward network module (ffn) like described in the figure bellow. 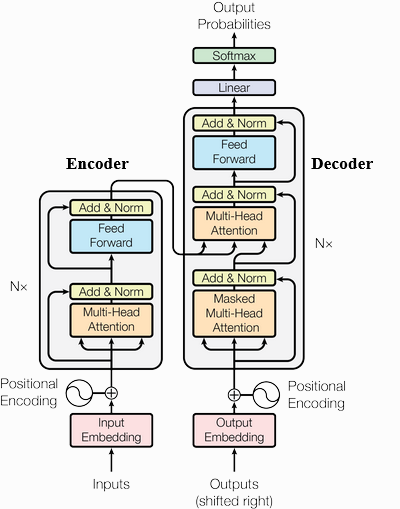 These two components play a key role in the success of the transformer model which is why we will explain them in details bellow.

Before getting to define what a multi-head attention is, let's first understand what do we mean by attention and why we need it.

1. Attention mechanism meaning? There are many different definitions for attention in literature, but in our context it means the ability to dynamically decide on which inputs we want to attend more.

2. Why do we need it? attention was first introduced to improve the encoder decoder architecture for text translation which had a problem of identifying dependencies in long sequences.

3. How is it implemented? The attention mechanism gives a weighted average of sequence elements given as inputs. The weights are computed dynamically using an input query and elements' keys. Ultimately, there are four elements we need to specify: 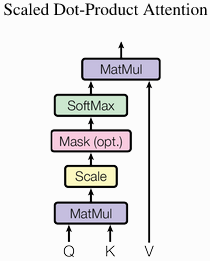 The softmax function is used to compute the weights from the query Q and the keys K .
We divide by √dk (the square root of the keys vector dimensionality) to maintain an appropriate variance of attention values.
V is the values vector. 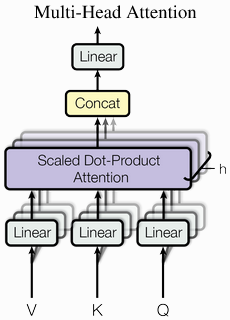 The following equations describe how multi-head attention is computed

W is a matrix of learnable parameters to weight the different heads.
One crucial characteristic about multi-head attention is that it is permutation-equivariant which means that if the inputs are inverted the result will also be inverted. This characteristic make the attention mechanism and transformer model very powerful because it means that we are looking at the inputs but not their position, which is why the transformer model can be widely applied in other applications.

Generally, we use a two layer network with a layer normalization at the end, like shown in the following equations

Now that we've seen the crucial components of a transformer, we can move now to understand the vision transformer.

So as we've seen before the transformer was originally proposed to process sets (set of words) because it is permutation-equivariant. But to apply it on sequence data we added a positional encoding for the input features vector and the model learned what to do with it on itself. So why not do the same for images? That is exactly what have been proposed in the paper "An Image is Worth 16x16 Words: Transformers for Image Recognition at Scale". The authors of the paper considered an image as a sequence of patches, and each patch is considered as a word/token and is projected to a feature space. With adding positional encodings and a token for classification on top, we can apply a Transformer as usual to this sequence and start training it for our task. The animation bellow show how this architecture is built. 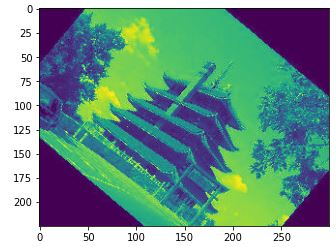 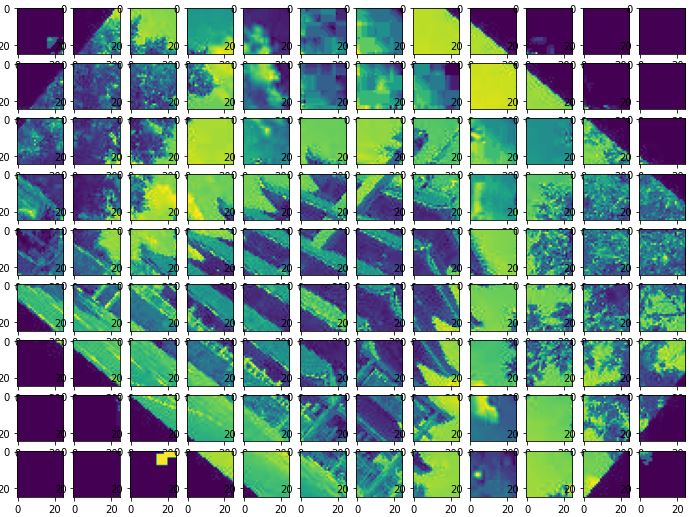 Once we have the patches (also called tokens), the next step in the classical transformer model is to project them into a certain dimension by adding learnable weights via a Dense layer and then adding positional encoding to learn position dependent information.

Then the projected tokens are fed to the Transformer encoder that have the multi-head attention module. 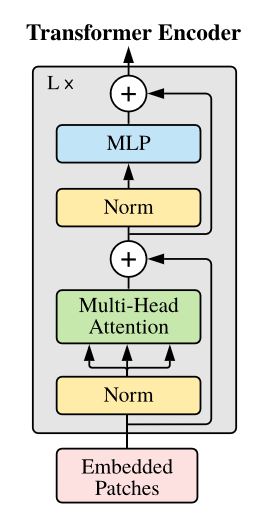 Notice that in this version we are applying the Layer Normalization before the attention mechanism instead of after it. This approach was proposed in 2020 by Ruibin Xiong et al on their paper "On Layer Normalization in the Transformer Architecture" [4]. It turns out that this reorganization supports better gradient flow and removes the necessity of a warm-up stage (start with low learning rate then increase it gradually).

Finally, the transformer encoder outputs feature vector of the CLS token that are fed to an MLP head to map it to a classification prediction. Generally it is implemented with a simple feed forward network or a single linear layer.

Researchers from Google [5] compared the performance of Vit to ResNet on various factors influencing the learning processes of these models. The survey showed the following results:

In this part of the article at OpenGenus, we will try to implement the vision transformer and apply it on a classification problem.
We will be using the CIFAR100 dataset that is composed of 100 classes. We have about 60000 images of size 32x32.

Note that for simplicity reasons I will not be providing all the code in this section, but I will only provide the essential parts,other details of implementation you can find them in the notebook I will share with you in the end of the article.

Great! let's get started. First we need to implement the function that will extract the patches from a given image. For that we can use the utility function extract_patches provided by Tensorflow.

Last but not least we can implement the rest of our transformer.

Finally, we will use Adam with weight decay to optimize our model

Notice that this isn't the best result for classifying CIFAR100, but that's a totally fine result because the authors of ViT mentioned that their model outperforms CNNs when it is trained on large datasets. The results that the authors got on their paper were achieved after training ViT on JFT-300M dataset, then fine-tuning it on the target dataset.

To wrap up what have been covered in this article, here are some key points to keep in mind about the vision transformer:

In this article, we have listed 109 Deep Learning projects that will help you boost your Portfolio. We have provided resources to explore the project ideas further along with source code. You can do this as a part of your College Project (B.Sc, M.Sc and even PhD) or take it up for your portfolio.