Adversarial Machine learning is the technique which involves applying different methods in order to construct or generate examples that are meant to fool the machine learning model. These types of examples are called adversarial examples.

What is an adversarial example? 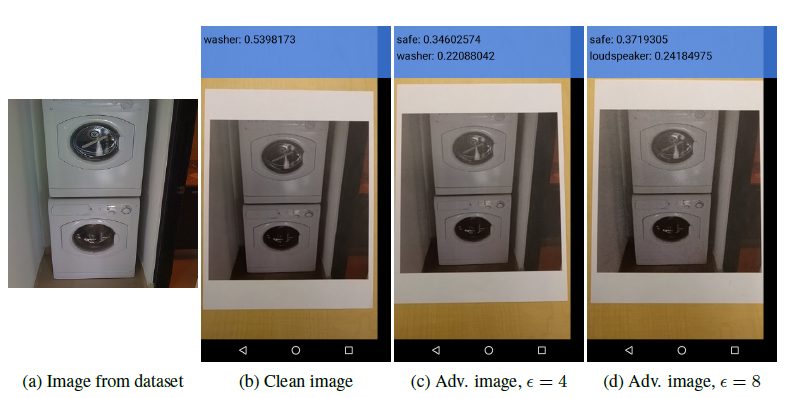 It is really important to understand why do we need adversarial machine learning. Why do we need to talk about faulting a model we created for some specific purpose?

When it comes to applying machine learning to help the humans in real world tasks, there are possibilities that the model might perform in incorrect way and that can turn out to be quite dangerous. Let us talk about some real-world examples. Consider the self-driving cars that are being developed by big companies such as Tesla. Now if the car was on roads with real people around and some minor changes in some road signs or something leads to wrong decision analysis by the model, then it could turn out to be dangerous for the life of the people. Like if the model misclassifies the stop sign, that car could be a threat to people’s lives.
A study at MIT showed that the SOTA classifier misclassified a turtle made from a 3D printer to be a rifle. Another example can be from security cameras. Some changes and it could lead to the camera not detecting the human and that kind of manipulations can be used by intruders to break into places with valuable thing or do some wrong things.

X- an image, typically a 3D tensor.
Ytrue- true class for the image X
J(X,y)- cross entropy cost function of the neural network.
Clip{}- function which performs per pixel clipping if image X' so the result will be in Linf neighbourhood of source image X.

3.Iteratively Least Likely Class method: In this method, the adversarial image will be produced which will be classified as a specific desired target class. For desired class we chose the least-likely class according to the prediction of the trained-on input image X.

For a well trained classifier, the class to which the image is misclassified is quite different from the real or correct class. For example the image of dog is classified as an airplane.

To make an adversarial image which is misclassified as yLL we maximize log p(yLL|X) by making iterative steps in the direction of sign{ deltaX log p(yLL|X). This last expression equals sign{-deltaX J(X,yLL)} for neural networks with cross entropy loss. Thus we have the following procedure:

It is the defense technique in which the model is trained on adversarial examples so that it can stand against strong attacks. So basically here, while training is happening, we also generate adversarial images with the attack which we want to defend and we train the model on adversarial images along with the regular images.
The basic idea of adversarial training is to inject adversarial examples into training set, continually generating new examples at every set of training. In the beginning, adversarial training was developed only for small models. In a paper on “Adversarial machine learning at scale” by Alexey Kurakin, Ian J. Goodfellow and Samy bengio, they have showed how to scale it to bigger models such as Imagenet. Batch normalization was recommended for such purpose. The following loss function is used in the paper:

The following algorithm was used for training of network N:

For experimental details, please refer the paper mentioned above.

It is the strategy in which the model is trained on output probabilities of different classes rather than hard decisions about which class to output. Here we supply the probabilities through an earlier trained model which was trained on same task using hard class labels.
So, this basically creates a model which can stand and defend in directions the adversary will try to exploit.

The following are some of the different types of attack against machine learning:

1. Evasion attack: Evasions attacks are the most common type of attack used. Consider the example of hackers and spammers. At the time of threat detection, the evade by making the data of code or mail unclear and confusing such that the threat is not detected. The samples are modified at test time to evade detection such that the data is classified as legitimate.

2. Poisoning attack: When it comes to maintain the accuracy and capabilities of machine learning models through time and the advancements going on, the models are often retrained on data collected during operations. So during this retraining period, the attacker may poison that data on which the model is supposed to be retrained. What this means is that the attacker may smartly design some samples in that data that will lead to compromising the whole learning process. This process can be termed as adversarial contamination.

3. Privacy attack(Inference): In this type of attack, the attacker tries to gather knowledge about the model and its algorithms, the dataset etc. So what inference here is like if we can get to understand how some program is working or what procedure/algorithm is it using, like in recommender systems of social medias, then we can like change the nature of our searches to see if the results changes the same way. In this type of attack, we can also find out if a particular example is in the dataset of the model (called Membership inference). We can also guess the type of data (Attribute inference) i.e. extracting valuable information about the data.

4. Trojaning: The main aim of this type of attack is to change the behavior of the model in any way possible. Here the attacker have the model and its parameters and tries to retrain the model with changed behavior.

On of the prominent defense strategy is Adversarial training. It is very difficult to implement adversarial training for large models because it becomes very costly and also time consuming. Defensive distillation is another useful strategy for making a strong model.

We are given two numbers M and N. Our aim is to find the highest power of N that divides Factorial of M (M!). First we have discussed about the Brute Force approach and then we will be discussing this problem using Legendre’s formula.

The main difference between K Means and K Means++ lies in the selection of the centroids around which the clustering takes place and k means++ removes the drawback of K means which is it is dependent on initialization of centroid.