In this article, we will take a look at distributed database management systems (Distributed DBMS) and their advantages and disadvantages along with examples.

What is Distributed DBMS?

A database is a collection of data that is organized so that it can be easily accessed and modified.

A DBMS or Database Management System is the software that controls and manages databases. It allows us to perform various operations on the data very easily.

In a distributed database, the data is spread or replicated among several databases which are physically separate from each other. These databases are connected through a network so that they appear as a single database to the user.

Or in other words, A distributed database is a database in which all storage devices are not attached to a common CPU. Data may be stored in multiple sites separate from each other. 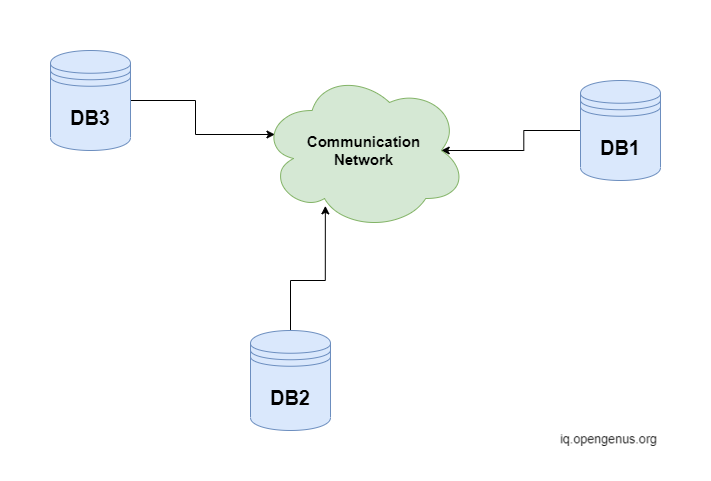 DDBMS consists of a single logical database that is split into multiple fragments. Each fragment is stored in one or more computers which are under the control of a separate DBMS and connected by a network.

Using DDBMS a single query is run on multiple local databases and the results are merged proving the illusion of a single database. 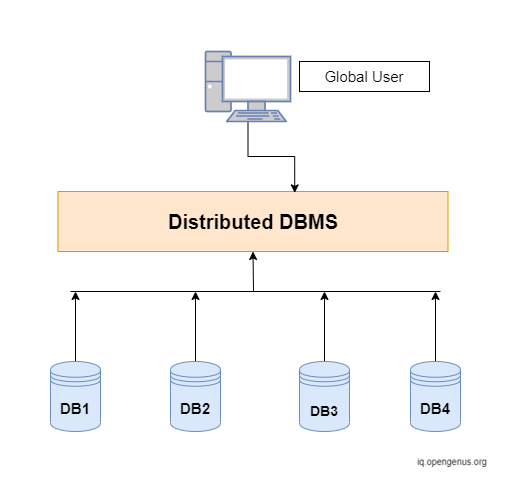 How is data stored in a Distributed Database

There are mainly 3 ways of storing the data in a distributed database.

The same data is stored at more than one site. This improves the availability of the data as even if one site goes down, the data will still be available on the other sites.

It can also improve performance by providing faster access and reducing the need for data to travel over the network and hence improving performance. 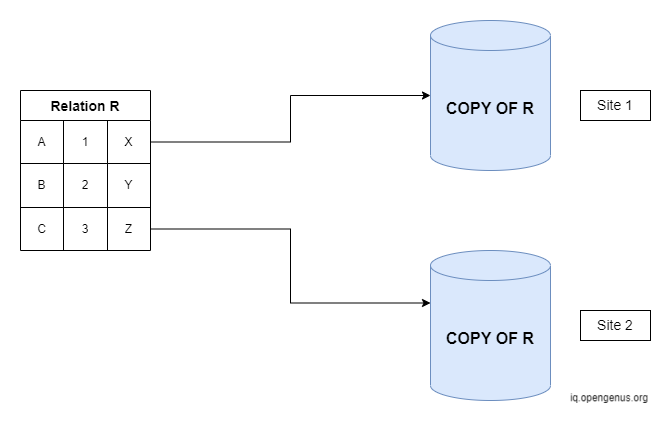 However, replication does have the disadvantage of requiring more space to store duplicate data and when one table is updated all the copies of it must also be updated to maintain consistency.

The system fragments the relation into smaller parts and each part is stored at a different site. Usually, fragments are stored at sites where they are most accessed.

When a query is made, first the local database in the site is checked. If the data is not available on the local site then all the other sites are checked. 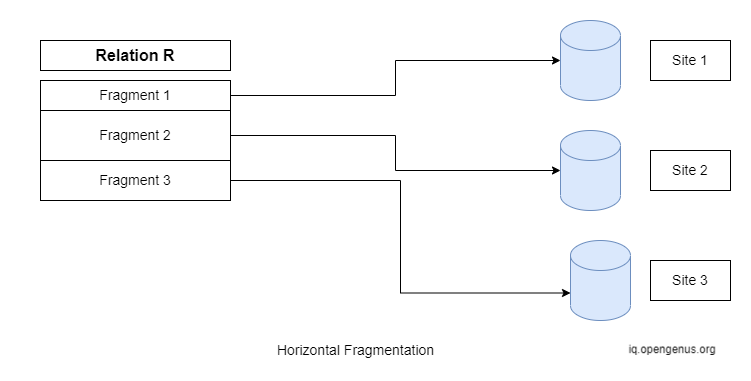 Fragmentation allows for local optimization and security but suffers from inconsistent access speed.

Hybrid data storage combines both data replication and fragmentation to get the benefits of both models.

Distributed DBMS can be classified into Homogenous DDBMS and Heterogeneous DDBMS.

In a Homogeneous DDBMS, all sites have a similar database schema and run similar database management software. Each site is aware of the existence of other sites and can directly communicate with each other.

In reality, multiple already existing databases may be linked to construct a distributed database. These databases may run different database management software and have a different schema. Such systems are called Heterogeneous DDBMS.

Users can submit the queries in the language of DBMS used at their local site. The system hides the existence of other databases from the user and provides transparency. Designing a heterogeneous DDBMS is much harder since the system must provide interoperability between different databases which may have different database management software and hardware.

Consider a company like Walmart which has branches all over the USA. Each branch stores information about the customers, products and purchases in that branch. The schema can look something like this

Suppose the CEO wants to know the number of purchases in the whole of USA. In the manual approach, we would have to log in to each branch and run a query to get the count of purchases and then combine the results. This can be very time-consuming.

But if the system is a distributed database, we can get the count of all purchases by using a single query.

There are many commercial Distributed DBMS software available. Some of the popular ones are Apache Cassandra, Apache HBase, Amazon SimpleDB, Clusterpoint and FoundationDB.

Amazon SimpleDB is a NoSQL, distributed database which is available as a part of Amazon Web Services. It is written in Erlang.

Clusterpoint is a schema-less database that allows the distribution of data. It also provides cross-platform support.

FoundationDB is a NoSQL, distributed database that stores ordered key-value pairs. It was designed and developed by Apple.

With this article at OpenGenus, you must have the complete idea of Distributed Database Management System (Distributed DBMS).

In this article we give an introduction to interprocess communication in Linux and discuss how processes use shared memory to communicate with each other.

In this article, we will get to know what data science is, why is it becoming more sought after and also about its importance.