Graphs in computer Science are a type of data structure consisting of vertices ( a.k.a. nodes) and edges (a.k.a connections). Graphs are useful as they are used in real world models such as molecular structures, social networks etc.

Graphs can be represented with a group of vertices and edges and can also be represented by an image depicting the connection between the nodes. For example let’s consider a chemical molecule in which there are several atoms, the atoms are defined as nodes and the bond between them is defined as edges. 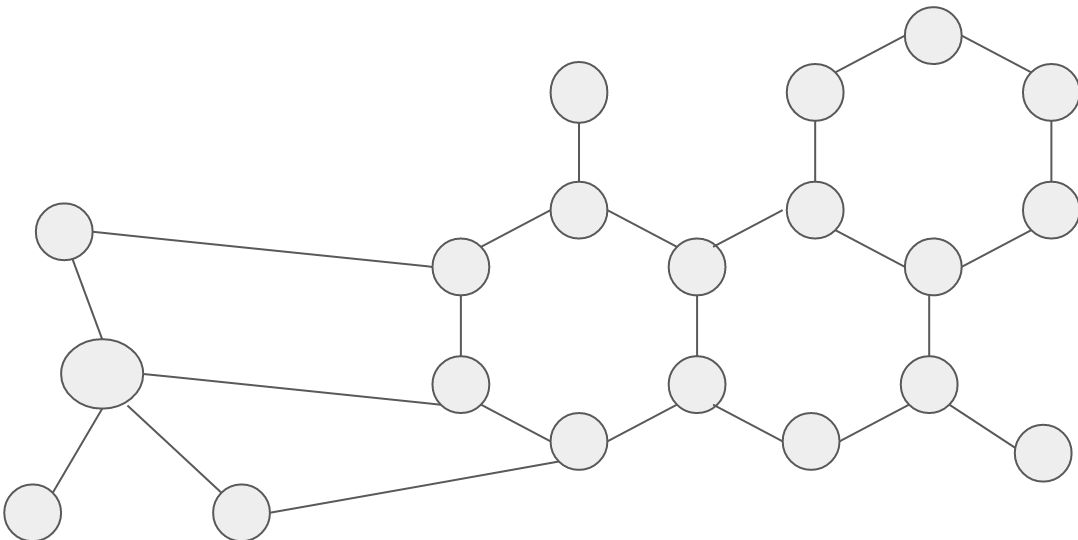 The other types of graphs which are necessary to understand graph convolutional networks are:

A directed graph is a type of graph in which the nodes are connected to each other with the help of edges which have a direction associated with it. (A-> B -> C). 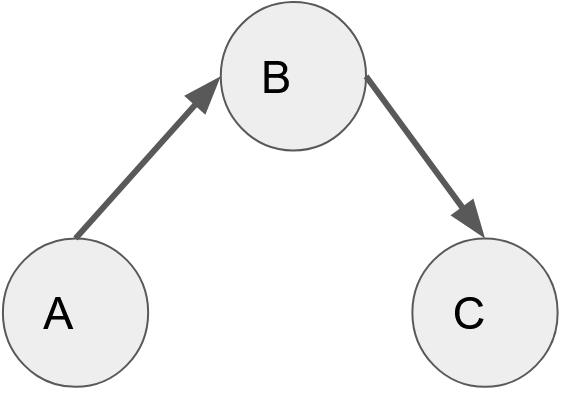 [A directed graph]
In the example above we see that the graph can be traversed from A to B and B to C but not from A to C.

An undirected graph is a type of graph in which the edges that connect the nodes, do not have a direction associated with it. They are not unidirectional and thereby the graph can be traversed in any direction. (A <-> B <-> C <-> A) 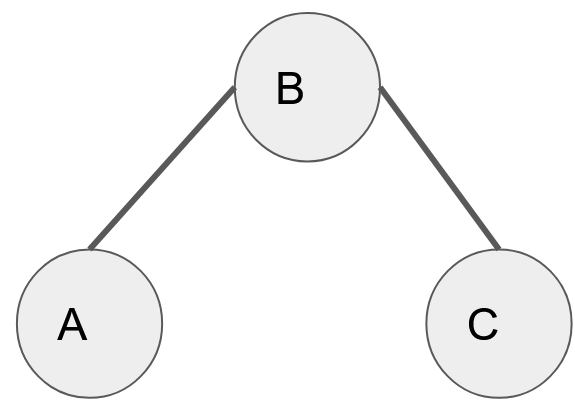 [undirected graph]
Another special type of graph which is also used to understand Graph convolutional networks is ‘complete graph’ - A complete graph is one in which all the nodes are connected to each other. Before we explore what is ‘Complete Graph’, lets understand more on how graphs help in Neural Network.

How do graphs help in a Neural Network:

An adjacency matrix is a type of matrix in which the elements would consist of either 1 or 0. It is a NxN matrix where ‘N’ denotes the number of nodes , it is also considered as a square matrix. Adjacency matrices are used to represent the edges which connect the nodes by representing it as a value of the matrices. In other words the elements of the matrix indicate if a certain pair of vertices are adjacent or not in the graph.

In the above figure we see that the graph has 5 nodes , which then denotes that the matrix is of size [5x5]. Considering any matrix element Aij which has the value equal to “1” indicates that there is an edge between node ‘i’ and ‘j’. In the adjacency matrix above we see that there is a connection between node 3 and 4 (A34) which is yellow to represent 1 as they are connected. While node 0 and node 2 are not connected ,they are in purple representing 0. The above graph is an example of an in-complete graph as all the elements are not connected to each other.

The node attribute matrix is used to represent the features of each node. Supposing there are ‘N’ nodes and each node consists of ‘F’ features then the shape of the matrix is NxF.

Taking a look into the ‘CORA’ dataset, we will have a collection of words from several documents. The node attributes will be formed with the help of bag of words which denote the importance of a word in the document.

Now that we reviewed a brief summary of the basic graph theory, we will proceed to understand the graph neural networks.

Taking an example of classifying the MNIST dataset , we would use CNN (convolutional neural network ) in which the images would be passed as input to the convolution layer and the kernel (filter) would scan over the image, taking into consideration the important features present in the image.

An image can also be represented as a graph in which:

GCNs can be broadly classified under two categorized based on the algorithms used:

A similar process has been seen in the dimensionality reduction technique called ‘PCA’ in which we understand the data with the help of eigen decomposition on the feature matrix.The difference between PCA and GCN’s is that smaller eigenvalues help in understanding the data better in GCN and it is the opposite in PCA.

[Graph neural network formula]
The bias term is omitted for simplicity and A* is the normalized version which is used instead of A.
The laplacian matrix could be defined as L = I — D-½ A D-½
In the equation above we see that I → Identity matrix, D → diagonal matrix, A → adjacency matrix.

To sum up the entire process of spectral convolutions:

Below are some of the drawback of spectral convolution -

The spatial convolution for a node can be expressed as a equation otherwise known as the ‘GCN propagation rule’ :

[Graph Propagation rule]
So this means that the h^(l+1) which are the hidden features at the next layer are defined as being a non-linear activation by the ~D , ~A , ~D term multiplied by the previous layer activation again multiplied with the weight matrix for this layer.

The terms ~D ^½ , ~A , ~D^½ is always of the size [n x n] because adjacency matrices are stored as [n x n] matrices where we have ‘n’ rows and ‘n’ columns and the entries to the matrix denoting the edges or sometimes edge weights. H’ is a matrix of dimension [n x γ] which is essential as the first term needs to match the dimension of the ~D , ~A , ~D term. The depth of the feature map can be controlled with the help of the second term ‘γ’, which could be used to shrink or expand the depth. W’ is a matrix of dimension [γ x γ] which helps in changing the output of the next layer.

After this we apply the activation function which could be Relu, sigmoid or tanh, the Relu function being mostly used.

In semi supervised classification , how do we compute the loss?

During the processing of the features , it will eventually flatten it by ‘N’ in which N being the second dimension of the previous layer features, but an [N x 1] vector such that it flattens it out into a softmax probability distribution for each node. After this, the loss is taken on the labelled node because in semi supervised classification some nodes in the network will be labelled and others are not.

The key idea in semi supervised learning is that the locally connected nodes are likely to share the same label.

The citation network dataset is a dataset in which each of the nodes represents a published research paper.
Nodes → Documents
Edges → A document which is cited in the another document

The initial features in the citation dataset could be understood with the help of GCN propagation rule. We start off with [H(0)] which are the initial features and that could be randomly initialized or could also come from certain graph embeddings such as deep walk. In the case of documents we can use some sort of extra features based on NLP derived metric.

The edges in the dataset when used with gcn are treated as undirected and the reason for this is the limitation which the adjacency matrix has to be symmetric. This problem could be solved by rearranging the directed graphs with bipartite graphs with additional nodes to represent edges.

Graph convolutional networks are used often in the field of chemistry in which it is used to learn about existing molecular structures and determine new ones. GCNs have also been used for Combinatorial optimization problems.

A dictionary is a collection of key:value pairs which are unordered, changeable and indexed. In Python, dictionaries are written with curly brackets, and they have keys and values in them.