In this article , one will learn about basic idea behind Kullback-Leibler Divergence (KL Divergence), how and where it is used.

This article will give a clear insight into Kullback-Leibler Divergence(KL Divergence) . KL-Divergence is something that allows us to measure how far two distributions are apart, this may seem a little bit strange at first, let us see some introduction for it...
Let us assume we have numbers on the real line 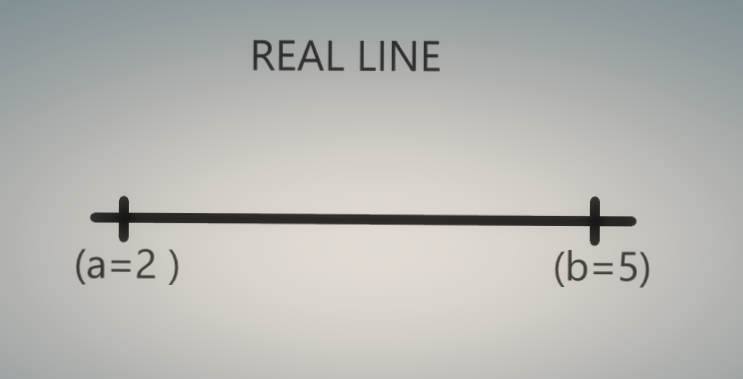 If we go one step further and if you are in a coordinate system with x1 and x2 and you have two variables, here for instance as depicted below: 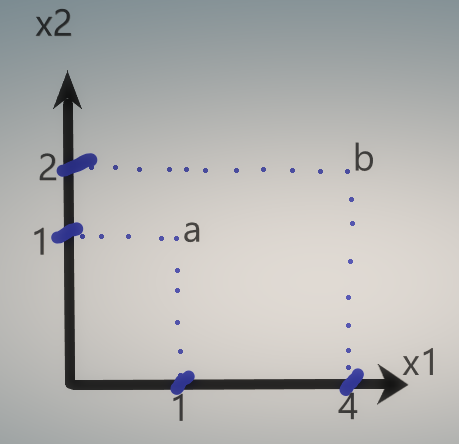 Now to find the distance between a and b :

Now let us look at distributions, we look at something that associates the value of X with a potential probability of how likely this value is to occur as follows: 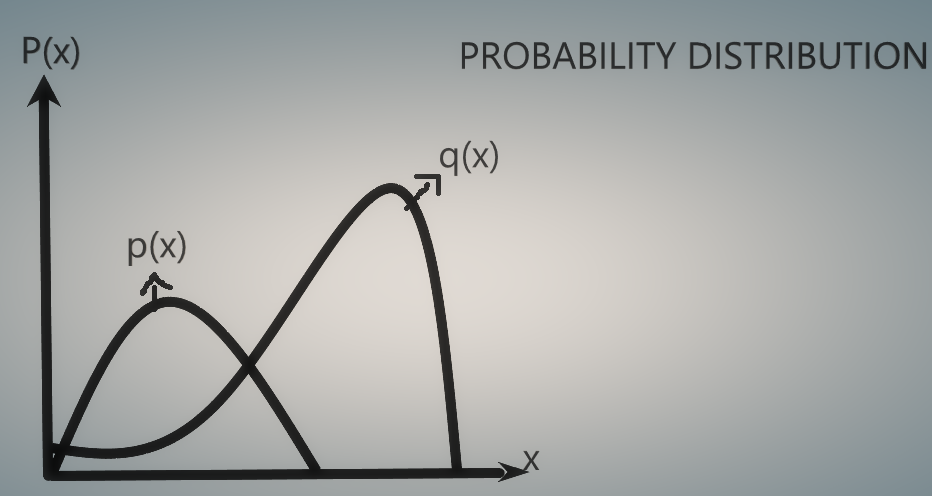 . What is the distance between the two distributions, well that's kind of hard to say, I mean they look different states they have nothing to do with those kinds of points, but the Kullback-Leibler Divergence allows us to find the measure of how far they are apart or how different they are or how different the description of these two is for our random variable. , So this is where the KL-Divergence comes in, let us look more into it.

How is KL-Divergence defined?

Why it is not used to measure distance?

So now let us see how can we compute the KL-Divergence for this, the computation is as follows:

as above depicted we simply use the formula which we mentioned before and we simply input the values of P(x) for all three events.

In the above example we have calculated for both P||Q and
Q||P. From the above calculation, we can see that divergence is not symmetric. P to Q is not the same as Q to P.This why we cannot use this method to measure the distance and so it is just used to give the comparison of the probability distribution.

Let us clearly understand the KL-Divergence by some examples

Let us say we are training a neural network to classify dogs and cats in reality which is modeled by some perfect parameters theta (θ) this image will get labeled as 1 0,1 for dog and 0 for the cat. Now let us assume for a minute that our neural network models using parameters Omega (ω) which are our network's weights failed miserably and chose to enable this dog as a cat producing 0.1, that this is a dog and 0.9 that it is a cat, so let's plug these into the formula and then calculate

By calculating the values by using the formula as mentioned above we get 3.3
Now let's see what happens if we fix our neural network and now it does a great job instead of 0.1 for the dog we have 0.9 plugging this in we get 0.15 this time which is much lower than the previous 3.3, and it's very close to 0 and in fact, if we had a perfect model KL Divergence would give us precisely 0. Now KL-Divergence is always non-negative. But what's important to realize is that 0 is the minimum and that we get 0 when we have a perfect model as we just said and higher values when we don't as the example discussed before. Let's further more discuss about the KL-Divergence examples:

In python we can use scipy

Why is KL-Divergence useful?? let us discuss below

KL Divergence keeps track of reality by helping the user in identifying the differences in data distributions. Since the data handles are usually large in machine learning applications, KL divergence can be thought of as a diagnostic tool, which helps gain insights on which probability distribution works better and how far a model is from its target.

It can be used to measure the divergence between discrete and continuous probability distributions, wherein the latter case the integral of the events is calculated instead of the sum of the probabilities of the discrete events.

In this case, the KL divergence summarizes the number of additional bits (i.e. calculated with the base-2 logarithm) required to represent an event from the random variable. The better our approximation, the less additional information is required.

Well, we can use KL-Divergence as a loss function or something to optimize strive to get get to a minimum value to zero which is a perfect model the closely related magic cross-entropy s used to accomplish just that ... So how are two related ?? ...

KL-Divergence vs Cross-Entropy vs Jensen–Shannon Divergence

Well, what we can do is we can take the log and split it into subtraction and get the below two terms(marked as pink), and now we can see that the negative part is the cross-entropy. 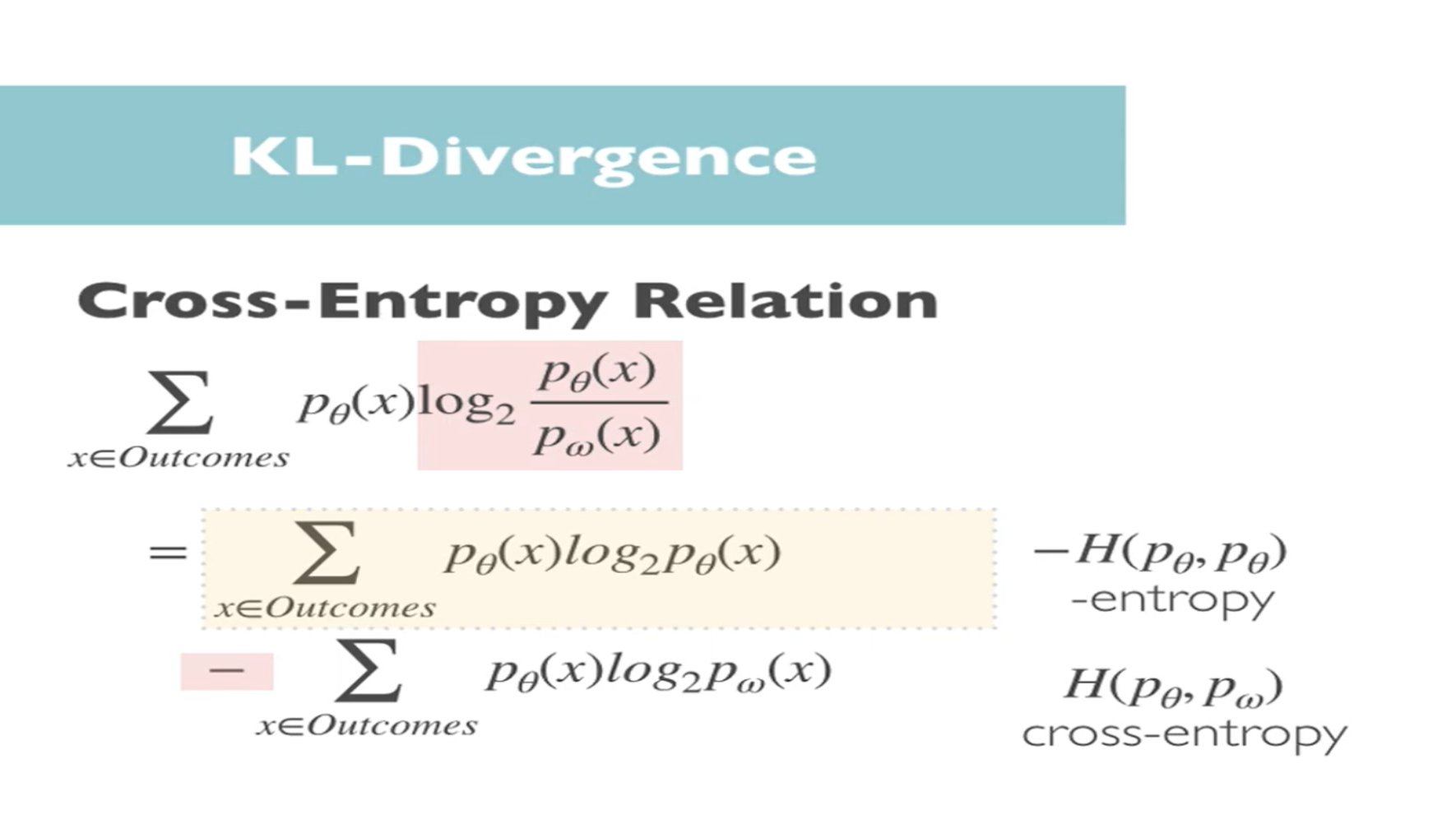 It's simply the definition of the cross-entropy between the two distributions P theta and P omega and then the 1st part is the negative of the entropy of the real distribution with parameters theta notice this is a constant because it's determined by real-world distribution parameters theta which in machine learning would be determined by labels for example, so these don't change and don't depend on our model parameters or network weighs Omega at all, so if we are interested in learning the optimal Omega which only appears in the second term this constant can be ignored, as depicted below 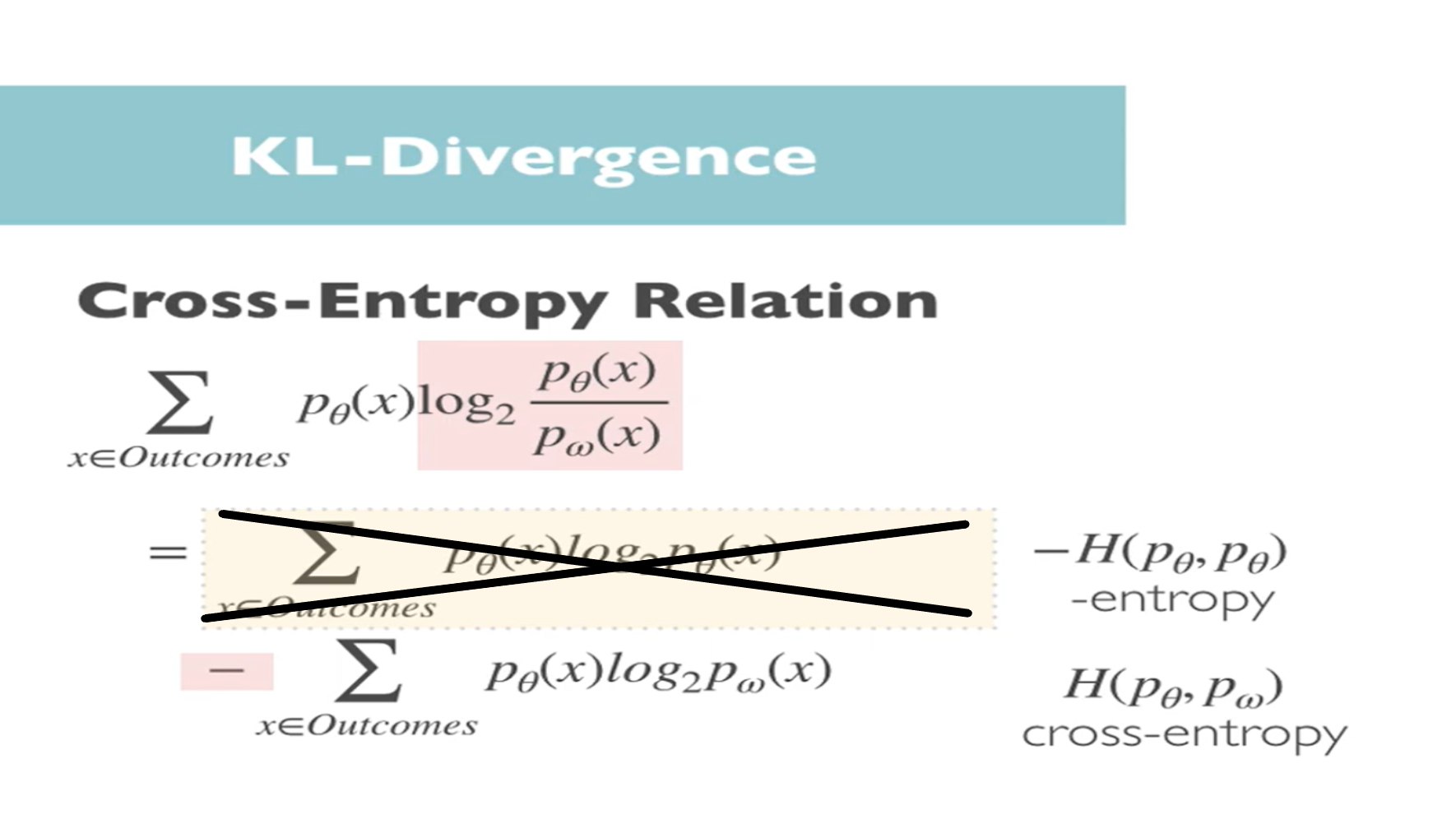 Now if the optimal Omega would be the same why do we always use cross-entropy when training neural nets, well one reason would avoid the division operation inside the log which is computationally expensive or just overall computing redundant terms like that constant so because the minimization will produce the same Omega we can choose to use cross-entropy but notice that if we are interested in the value of KL-Divergence itself then this would not be the same as cross-entropy.

One can see that:

In this article at OpenGenus, one must have got to learn a lot about KL-Divergence, especially how the Kullback-Leibler divergence calculates a score that measures the divergence of one probability distribution from another, also one may get to know about the difference between the KL-Divergence and Cross entropy.

This article will discuss about the Depthwise Convolution operation and how it is implemented using the TensorFlow framework (tf.nn.depthwise_conv2d).

In this article, we have explored the differences between List, Tuple and Dictionary in Python.