There are two important edges that can be defined for the tree:

An insertion edge from u to v with a weight of X indicates that v is formed by adding X before and after u.

Apart from these two nodes, there are two more which are the root nodes of this entire tree. The first root node has length =-1, as discussed above (a, where length is -1 + 2). We assume that there is an imaginary string of length -1 and add some character, let's say 'a' on both sides, hence we call it the imaginary root. We also have the special case of an empty string where the length is 0, let's call it real root. The longest/ maximum palindromic suffix of the real root is the imaginary root, because it can't be the node itself. And for the imaginary root, the maximum palindromic suffix will be itself (self-loop) as we can't go any higher. 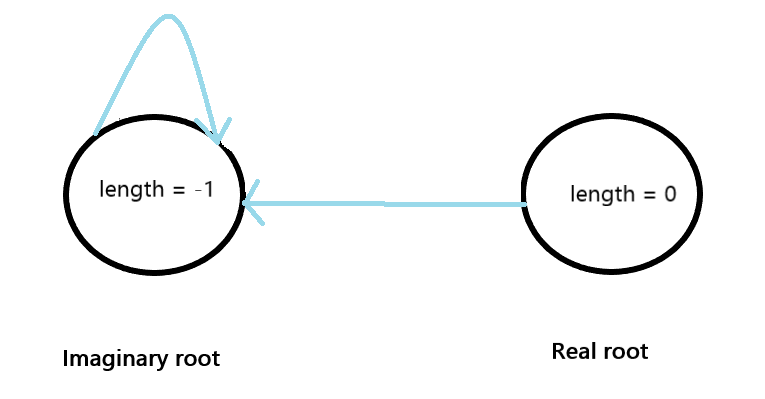 Construction of the palindrome tree

We will process the string one character at a time. At the end of the string, we are left with all the distinct palindromes of the given string.Throughout the program we refer to a node called 'current' which refers to the last inserted node. Let's consider our string S, that has the length n. We have inserted upto k characters starting from 0, now for the next k+1 th character, let's suppose s[k+1] = 'a'. To insert this 'a', we need to find an X such that aXa is a palindrome. Also, note that our current node holds the longest palindrome up to the index k. This node in turn holds other nodes which are the longest palindromix suffix. The search for X starts with current node itself, if it is the suffix we are looking for, then good, else we traverse down till we find the X, such that aXa is a palindrome.

Look at the below image for better understanding. 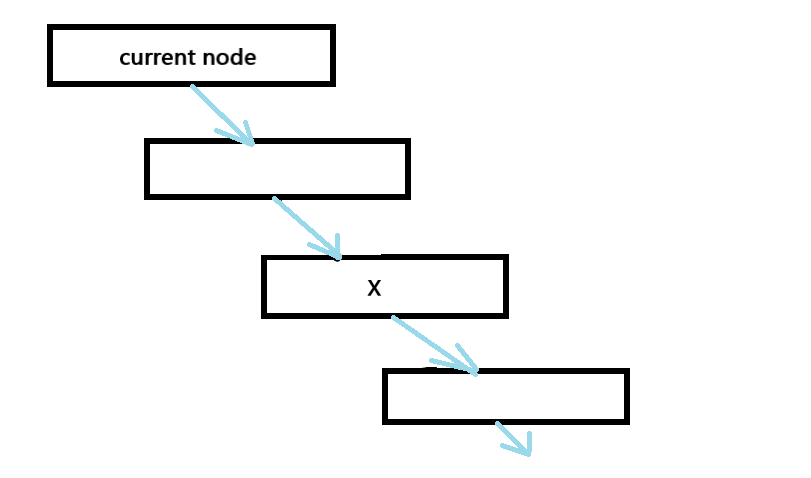 Storing all the palindromes will be really inefficient in terms of memory. The question is do we really have to have the strings stored. The answer is No. We are simply creating a structure that would hold the required information. This structure has start, end that holds the start and end indexes of the current node inclusively. The length stores the length of the substring. We are maintaining an array of integers to store insertion edges whose size is 26 (from a to z). Every time we are creating a new node, the insertionEdge of the weight of the vertex will be updated to ptr which stores the node value to which the edge is pointed to. In addition we are having a suffix edge variable which is called max_suffix, a current_node that has the last inserted character. The ptr value for root1 (imaginary root) is 1 and for root 2(real root) is 2. Both the roots are of type structure and their values are initialized at the beginning of the program. We also have a tree[] which is an array of structure to store the entire data required for the construction of the palindromic tree.
Now to the insert(), this function is called in the main() in a loop inserting every single character of the input string.
This function can be divided into two parts:

For the new node, the ptr will be incremented and all the variables in the structure will be filled accordingly. For the maximum suffix of a node, the ptr value of the suffix will be stored in max_suffix. For ex, if the string is of length 1, then it's max_suffix will be 2, ptr=2 is basically the real root. For finding max_suffix we repeat the same process of finding X.

Comparision with other approaches

As mentioned in the beginning, there are a number of approaches that vary not only in the time complexity but also in the core logic and subsequently the implementation.

Now that we've at least got a gist of other approaches, we can find the obvious differences in time complexities and the core logic. Except for the DP approach the other methods didn't use any extra space. Palindromic tree can be handy to solve other problems other than the current one which include finding the number of occurrences of each subpalindrome in the string and also the number of palindrome substrings. Even the DP table can be used to find the number of palindromic substrings. But, the rest approaches, they have one sole purpose which is to find the longest palindromic substring, this includes the Manacher's too.

With this article at OpenGenus, you must have a complete idea of Palindromic Tree and how it can be used to solve the longest Palindromic substring problem. Enjoy.