In this post, we will look at Region-based Convolutional Neural Networks (R-CNN) and how it used for object detection. We'll see why the R-CNN came into the picture when CNNs were already into existence. We will implement a demo in PyTorch as well.

What is Object Detection ?

As per Wikipedia- Object detection is a computer technology, which is related to computer vision and image processing that deals with detecting instances of semantic objects of a certain class (like humans, buildings, cars or animals, etc.) in digital images and videos.

It is very easy for humans to detect and to identify the objects present in an image. Now, with the availability of huge amounts of data and high computing resources, it is relatively very easy yo train computers to detect and classify different objects present in an image with high accuracy. The problem of identifying the location of an object(given the class) in an image is called localization.

During the deep learning era, a variety of state of the art approaches came into existence which were able to solve object detection problem with high accuracy. Some of these are- CNN, R-CNN, variants of R-CNN (fast, faster and mask), SSD, YOLO.

Now we will see, how CNNs can be used to detect and classify objects in an image. CNNs are feed-forward artificial neural networks where connections between the nodes do not form a cycle. The basic architecture of CNN comprises of different layers like:

The convolutional and pooling layers act as a feature extractor and the fully connected layer performs the non-linear transformations of the extracted features and acts as the classifier.

In the convolutional layer, convolution operation takes place which is nothing but a weighted sum between two functions.

After the convolutional layer, the pooling layer is used to reduce the number of trainable parameters. The most common form of pooling is the Max-Pooling layer.

Now, let's look at the steps involved in detecting and classifying objects in an image-

Limitations of CNN for object detection

To overcome the problems faced in CNN, R-CNN was adopted. Girshick et al. proposed a method where Selective Search is used to extract just 2000 regions from the image which are known as region proposals. While in CNN we have to deal with the classification of a large number of regions but now in R-CNN we only need to work with 2000 regions.

These 2000 region proposals are generated using the selective search algorithm. The 4 regions which form an object can be regarded as - varying scales, colors, textures, and enclosure. The selective search tries to identify such patterns in the image and using this it proposes different regions. Selective search comprises of various steps-

Selective Search is a region proposal algorithm with a high recall and is used in object detection. The algorithm inspires from the hierarchical computing and grouping of similar regions based on the colour, texture, size & shape compatibility.

The above steps can be illustrated pictorially. 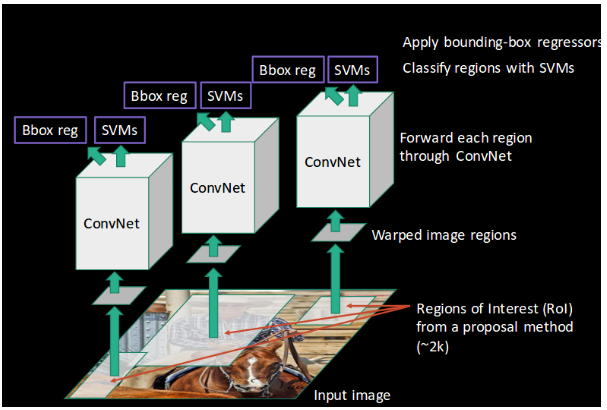 Limitations of R-CNN for object detection

First, we will import all the necessary packages required.

In this step, we are using the weights of a pre-trained Faster-RCNN model. The model.eval() line is to use the model for inference.

These all are the classes/categories of objects for the pre-trained model is specified using PyTorch official documentation.

This function is to get the prediction for a given image.
It accepts two parameters- image path and a threshold value.
If the score obtained is greater than a certain threshold than a box is drawn on the image for that particular entity.

The function is for getting the predictions using the pre-trained model.
The parameters are image path, threshold value, thickness of the box to be drawn, text size and thickness of text.

Now, we download an image for the inference purpose. After saving the image, we pass it to the object_detection_api function to get the required image with objects detected on it. 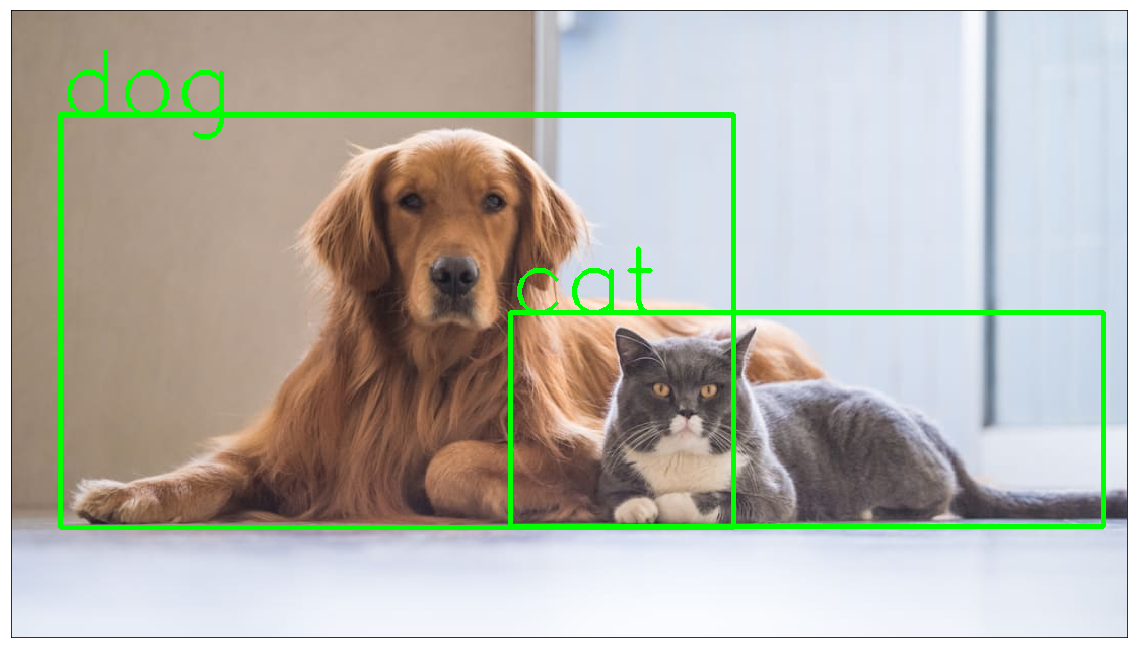 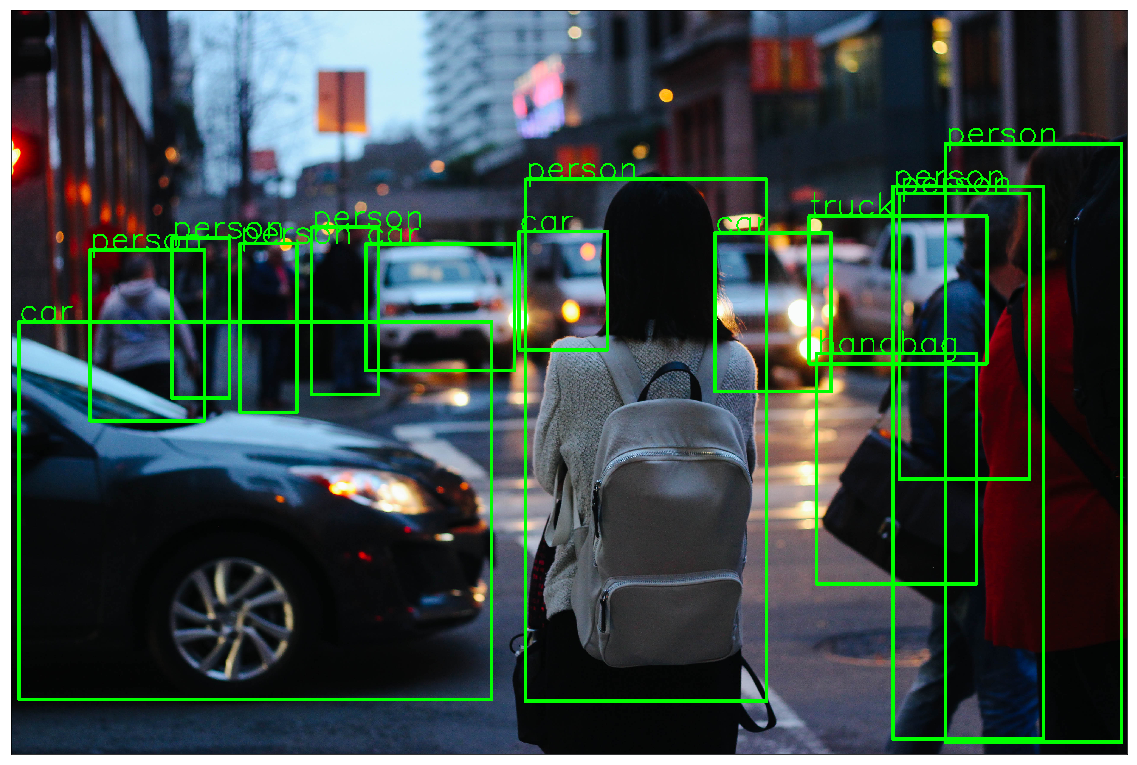 The R-CNN was adopted for object detection due to a large number of regions in CNN. However, it still takes much time in R-CNN to predict for a new test image. Thus, it leads to variations of R-CNN like Fast R-CNN, Faster R-CNN, Mask R-CNN, which are more efficient compared to previous versions. Finally, we saw a PyTorch implementation for object detection.

Python has an in-built support for set with common and useful operations like insert, delete, union, difference, subtraction and many more.

Text Summarization is the process of creating a compact yet accurate summary of text documents. In this article, we will cover the different text summarization techniques.