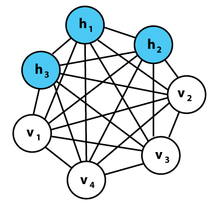 Consider a room filled with gas that is homogenously spread out inside it.

In a Boltzmann Machine, energy is defined through weights in the synapses (connections between the nodes) and once the weights are set, the system tries to find the lowest energy state for itself by minimising the weights (and in case of an RBM, the biases as well).

Restrictions in a Boltzmann Machine 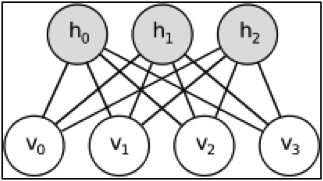 Each node is a centre of computation that processes its input and makes randomly determined or stochastic decisions about whether to transmit the decision or not. Each visible node takes a low-level feature from the dataset to learn. E.g. in case of a picture, each visible node represents a pixel(say x) of the picture. Each value in the visible layer is processed (i.e. multiplied by the corresponding weights and all the products added) and transfered to the hidden layer. In the hidden layer, a bias b is added to the sum of products of weights and inputs, and the result is put into an activation function. This result is the output of the hidden node. 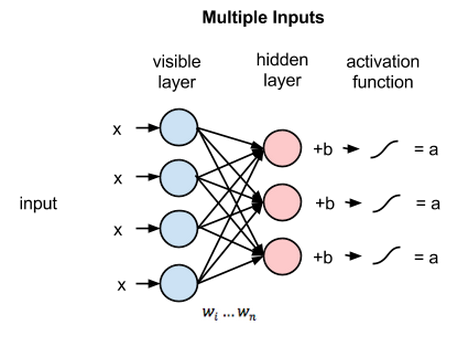 During the backward pass or the reconstruction phase, the outputs of the hidden layer become the inputs of the visible layer. Each value in the hidden node is weight adjusted according to the corresponding synapse weight (i.e. hidden node values are multiplied by their corresponding weights and the products are added) and the result is added to a visible layer bias at each visible node. This output is the reconstruction. 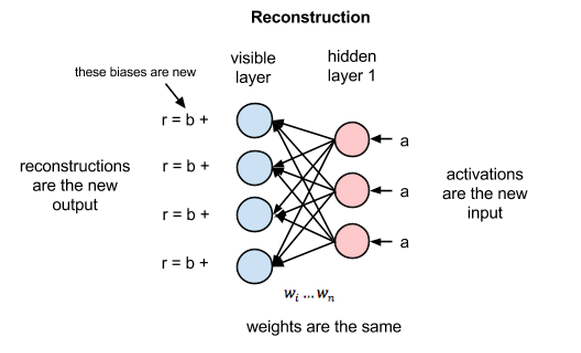 The error generated (difference between the reconstructed visible layer and the input values) is backpropagated many times until a minimum error is reached.

Since all operations in the RBM are stochastic, we randomly sample values during finding the values of the visible and hidden layers. For RBM's we use a sampling method called Gibbs Sampling. 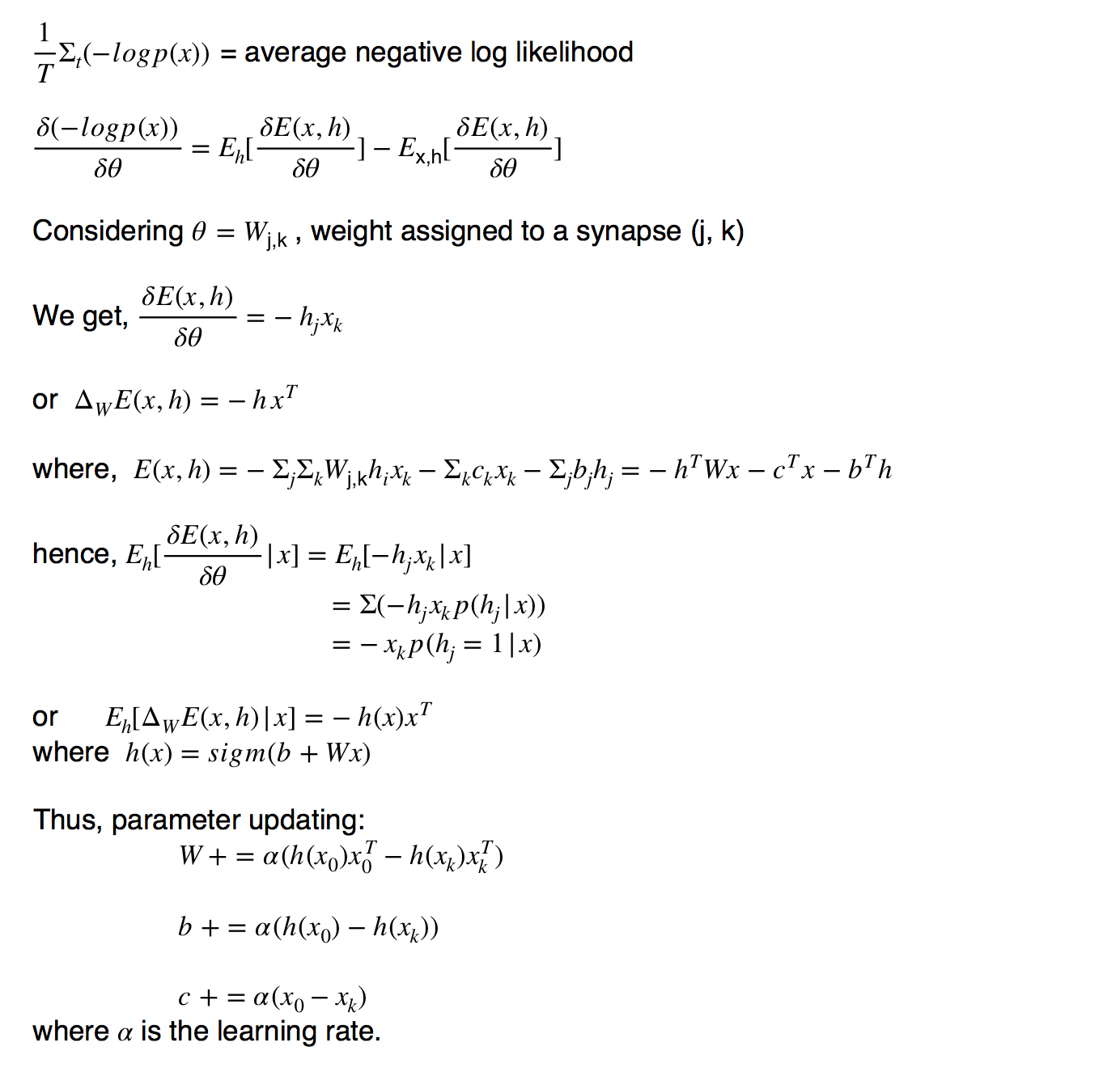 In computer vision, there are the Boltzmann Encoded Adversarial Machines which integrate RBMs and convolutional neural networks as a generative model.

What is the main algorithm that updates the parameters in an RBM?

What does an RBM estimate in its Reconstruction phase?

An Artificial Neural Network is a form of computing system that vaguely resembles the biological nervous system. It is composed of very many neurons that are centres of computation and learn by a sort of hit and trial method over the course of many epochs. ANN can be seen as a network of perceptrons

A perceptron is an artificial neuron that essentially receives input from an input layer, processes the input with the help of an activation function (the Heaviside step function) and gives out the output in the form of either a 0 or 1. The perceptron was invented in 1957 by Frank Rosenblatt