In this article, I have explained the String Pool in Java and how to implement it in Java programming. I have covered basic concepts of this topic.Also, I have explain the diagram.

Above two variable will point to same memory location.

When greet1 is declared and assigned a value, JVM checks if the string exists in the commom pool. Since it is not there, adds it to pool.

When greet2 is declared and assigned same value, a value, JVM sees that the string exists in pool so does not create a separate location in memory.

Above variable will point to a separate memory location in pool since it is a separate string.

String class is a very commonly used class.Pooling helps save memory.
It is possible with String since they are immutable(means unchanging over time or unable to be changed). 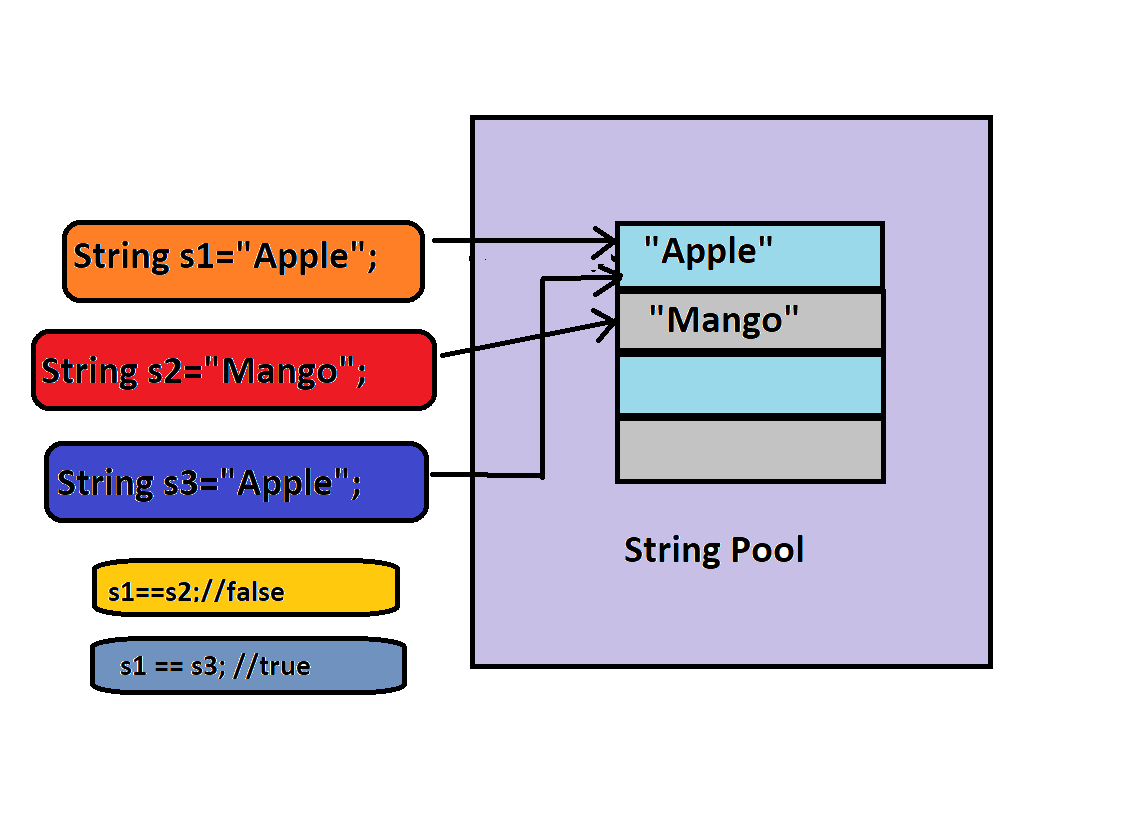 Java Program for the above String Pool image:

When we use the new operator, we force String class to create a new String object in heap space. We can use intern() method to put it into pool or refer to another String object from the String pool having the same value.

How many Strings are created in String Pool?

We should know about this question.For example, how many strings are getting created in the below statement:

Why String is immutable in Java?

Since String is immutable, it is safe for multithreading(process of executing multiple threads/sub-processes simultaneously).A single String instance can be shared across different threads.This avoids the use of synchronization(operation or activity of two or more things at the same time) for thread safety.Strings are implicitly thread safe.

String interning is a method of storing only one copy of each distinct String value, which must be immutable. When we apply this function, it will assign same memory to the same string values.
For eg:-if a name "Jenn" appears 100 times, by interning we ensure that only one "Jennie" is actually allocated memory.By this, we can reduce the memory of our program.
When this method is executed then it checks whether the String equals to the String Object in the pool or not.If it is there, then string from the pool is returned.Otherwise, this String object is added to the pool.

Java Program to intern a string with String.intern() method

What is equals method and == operator in Java:

Advantages of String pool in Java

Semantic Segmentation is the process of labeling pixels present in an image into a specific class label. It is considered to be a classification process which classifies each pixel. The process of predicting each pixel in the class is known as dense prediction.