We all have played the t-rex game on chrome! Its time to make our own now.

We will be using Processing for the same, and you may install it at https://processing.org/download/.

You may start with opening Processing, and naming your sketch as tRexGame.
Make sure you have opened it in Java mode. 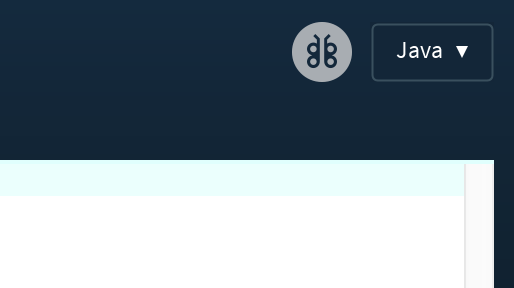 Our game consists of the following entities,

We may create 2 more files (tabs in the processing window) for the above entities. These are actually .pde files.

Each entity has some associations in the final game, described as follows. They are well interweaved, and so we will go step-by-step building the game and identifying the association.

We first need somewhere to actuall play the game. Since its related to the overall game, we will be setting up our canvas in trexGame.pde.
It requires a setup function, to draw the canvas of predefined size, looking somethin like this.

Everything on this canvas, is drawn by means of a draw function in the same file. We have chosen a pale yellow colour for this background, and the function looks something like this.

Since these are vectors and thus have an x and y value, we will initialise them as PVector type.

We will be using a circle to represent our player and so need a data member of type float to keep the radius.

We must initialise these data members in the constructor. Feel free to experiment with initialising values. Our class should currently look like this.

Then we need some functions to use our player.
We shall start with displaying our player, and shall declare a show function. This function should have void return type. To display, we use:

We wish to use our logo's snowball instead of the circle, and so will make the following changes.

wherein imageMode reflects where exactly is the image drawn on the object. feel free to experiment with other image modes, and image displays the image stored in the first argument.

The position shall also be constantly updated for which we will require an update function. Before this, we will need the following:

Now lets create an update function. This shall also have void return type. We shall go about it as follows:

That is it for the player, we shall now move on to the barriers. In barrier.pde create a class Barrier. It shall contain the following data members:

Initialising values, I have given the bottom height a random value, just for fun! You can do whatever you like. In the constructor, increment x according to width of screen so that the location updates in different frames. For that make a variable wid in trexGame.pde as it is an attribute of the overall game (Canvas).

Now in the barrier class we first need an update function to update the x-coordinate of the barriers according to barrier_speed. We do that as follows

We also need to know the the player collides with the barrier. We shall Declare a function named hits with boolean return type taking the Player object b as parameter. We check:

These are joined using && i.e. if both stated conditions are true, only then the statement evaluates as true else it is false. Hence the function looks like:

Next, we need to display our barriers, here we will change the colour of the barrier on a hit. So the show function will take a boolean parameter hit telling whether the player hit the barrier.

Now it is time to bring all this action in trexGame.pde.

In the draw function
We want to display are barriers only if the game is progressing. So we shall write the following within if (start) {}.

So, for playable distance we may ensure distance in terms of frames, i.e.frameCount % 60 == 0.
For randomness we may give appearance roughly 50% probability by saying random(1)<0.5.
Feel free to experiment with these values.

We must add a new Barrier then. So the code will look like

So if the key is pressed we shall

Now we can start displaying!
First comes the player, so you may update and show the player by writing:

Now we need to display the barriers. such that we check whether the bird hits the barrier and pass the boolean hit in show function accordingly.

We can also remove the barriers from the list that are no lnger in frame by adding the following in the for loop.

Our game must be functioning by now, we can display the score and high score, along with a message which tells CLICK TO START

For this we will declare the following data members:

Now we may modify the statement in the barrier's display for loop such that when p.hits(b) is not only sent in the show function but also updates the variable safe.

If the game goes on smoothly, update score, or else restart the game. Restarting includes

This can be done as follows

To display the score we need to

And that is it!! This is how it looks:

Go to https://github.com/OpenGenus/t-rex for the complete code! You are welcome to build your own version now!! cheers!

We will be seeing two efficient methods to determine whether the given linked list is a circular linked list or not. With this, we solve the problem in linear time.

In this article, we have discussed about HTTP. HTTP stands for Hyper Text Transfer Protocol and is the backbone of the Internet.