Along with the reduction side, a reconstructing side is also learned, where the autoencoder tries to generate from the reduced encoding a representation as close as possible to its original input. This helps autoencoders to learn important features present in the data.

When a representation allows a good reconstruction of its input then it has retained much of the information present in the input. Recently, the autoencoder concept has become more widely used for learning generative models of data.

There are, basically, 7 types of autoencoders:

Denoising autoencoders create a corrupted copy of the input by introducing some noise. This helps to avoid the autoencoders to copy the input to the output without learning features about the data. These autoencoders take a partially corrupted input while training to recover the original undistorted input. The model learns a vector field for mapping the input data towards a lower dimensional manifold which describes the natural data to cancel out the added noise.

Sparse autoencoders have hidden nodes greater than input nodes. They can still discover important features from the data. A generic sparse autoencoder is visualized where the obscurity of a node corresponds with the level of activation. Sparsity constraint is introduced on the hidden layer. This is to prevent output layer copy input data. Sparsity may be obtained by additional terms in the loss function during the training process, either by comparing the probability distribution of the hidden unit activations with some low desired value,or by manually zeroing all but the strongest hidden unit activations. Some of the most powerful AIs in the 2010s involved sparse autoencoders stacked inside of deep neural networks. 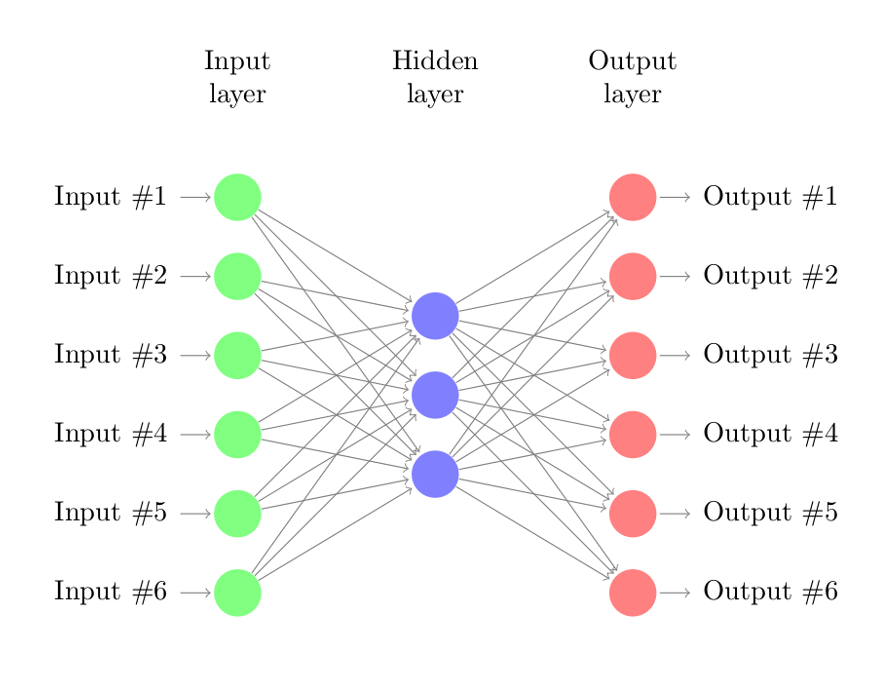 Deep Autoencoders consist of two identical deep belief networks, oOne network for encoding and another for decoding. Typically deep autoencoders have 4 to 5 layers for encoding and the next 4 to 5 layers for decoding. We use unsupervised layer by layer pre-training for this model. The layers are Restricted Boltzmann Machines which are the building blocks of deep-belief networks. Processing the benchmark dataset MNIST, a deep autoencoder would use binary transformations after each RBM. Deep autoencoders are useful in topic modeling, or statistically modeling abstract topics that are distributed across a collection of documents. They are also capable of compressing images into 30 number vectors.

The objective of a contractive autoencoder is to have a robust learned representation which is less sensitive to small variation in the data. Robustness of the representation for the data is done by applying a penalty term to the loss function. Contractive autoencoder is another regularization technique just like sparse and denoising autoencoders. However, this regularizer corresponds to the Frobenius norm of the Jacobian matrix of the encoder activations with respect to the input. Frobenius norm of the Jacobian matrix for the hidden layer is calculated with respect to input and it is basically the sum of square of all elements. 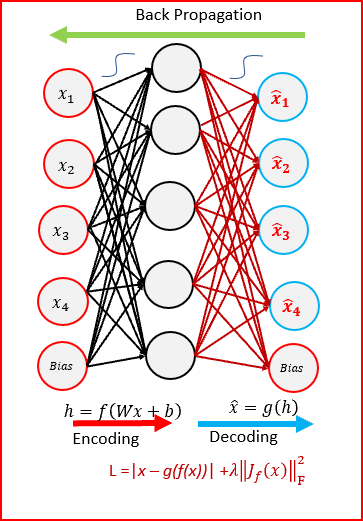 The objective of undercomplete autoencoder is to capture the most important features present in the data. Undercomplete autoencoders have a smaller dimension for hidden layer compared to the input layer. This helps to obtain important features from the data. It minimizes the loss function by penalizing the g(f(x)) for being different from the input x.

Autoencoders in their traditional formulation does not take into account the fact that a signal can be seen as a sum of other signals. Convolutional Autoencoders use the convolution operator to exploit this observation. They learn to encode the input in a set of simple signals and then try to reconstruct the input from them, modify the geometry or the reflectance of the image. They are the state-of-art tools for unsupervised learning of convolutional filters. Once these filters have been learned, they can be applied to any input in order to extract features. These features, then, can be used to do any task that requires a compact representation of the input, like classification.

Variational autoencoder models make strong assumptions concerning the distribution of latent variables. They use a variational approach for latent representation learning, which results in an additional loss component and a specific estimator for the training algorithm called the Stochastic Gradient Variational Bayes estimator. It assumes that the data is generated by a directed graphical model and that the encoder is learning an approximation to the posterior distribution where Ф and θ denote the parameters of the encoder (recognition model) and decoder (generative model) respectively. The probability distribution of the latent vector of a variational autoencoder typically matches that of the training data much closer than a standard autoencoder.

Autoencoders work by compressing the input into a latent space representation and then reconstructing the output from this representation. This kind of network is composed of two parts:

If the only purpose of autoencoders was to copy the input to the output, they would be useless. We hope that by training the autoencoder to copy the input to the output, the latent representation will take on useful properties. This can be achieved by creating constraints on the copying task. If the autoencoder is given too much capacity, it can learn to perform the copying task without extracting any useful information about the distribution of the data. This can also occur if the dimension of the latent representation is the same as the input, and in the overcomplete case, where the dimension of the latent representation is greater than the input. In these cases, even a linear encoder and linear decoder can learn to copy the input to the output without learning anything useful about the data distribution. Ideally, one could train any architecture of autoencoder successfully, choosing the code dimension and the capacity of the encoder and decoder based on the complexity of distribution to be modeled.

Autoencoders are learned automatically from data examples. It means that it is easy to train specialized instances of the algorithm that will perform well on a specific type of input and that it does not require any new engineering, only the appropriate training data. However, autoencoders will do a poor job for image compression. As the autoencoder is trained on a given set of data, it will achieve reasonable compression results on data similar to the training set used but will be poor general-purpose image compressors. Autoencoders are trained to preserve as much information as possible when an input is run through the encoder and then the decoder, but are also trained to make the new representation have various nice properties.

mother vertex in a graph is a vertex from which we can reach all the nodes in the graph through directed path. If there exist mother vertex (or vertices), then one of the mother vertices is the last finished vertex in DFS. (Or a mother vertex has the maximum finish time in DFS traversal).