In this article, we have explored the Machine Learning application: Volumetric Image Segmentation in depth and covered the different ML models used for it like 3D U-Net.

3D data is of two types - surface models and volumetric data. Surface models are seen in the design industry, e.g. polygons or parametric surfaces. Volumetric data is found in the medical market. It means that the inside of the data is also modeled using a discretely sampled 3D set.

Volumetric data is a group of 2D image slices, stacked together to form a volume. For example a 3D ultrasound uses sound waves just like a 2D ultrasound, but unlike 2D ultrasound where the waves are transmitted straight through the tissue and organs and back again, the waves are emitted in various angles in a 3D ultrasound which causes a three dimensional view. A volume (3D) image represents a physical quantity as a function of three spatial coordinates.The image is made by a spatial sequence of 2D slices where a slice is represented as a matrix of pixels (X and Y coordinates). The slice number indicates the Z-coordinate. With volumetric imaging a doctor can get access to hundreds of slices of data instead of a couple of images per patient. 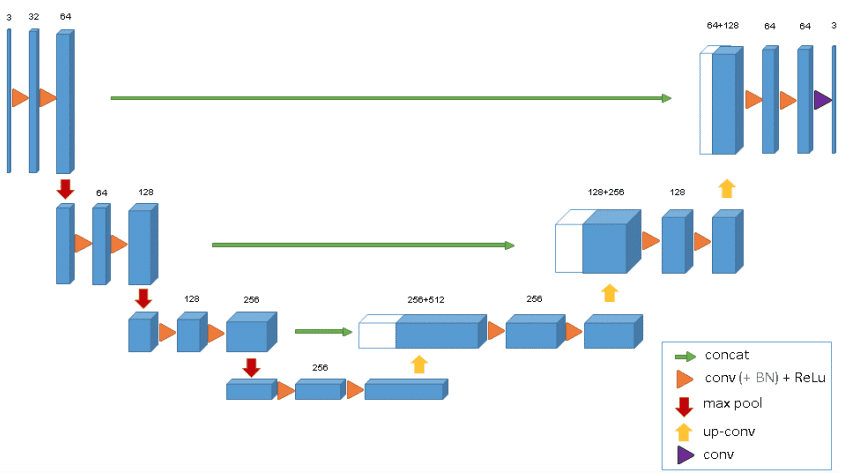 The 3D U-Net was introduced after Unet to process volumes. The model was able to generate dense volumetric segmentation from some 2D annotated slices. Both annotations of new samples could be performed by the network from sparse ones. The average IoU of 0.863 showed that the network was able to find the whole volume from few annotated slices by using a weighted softmax loss function.
One of the cons of the 3D U-Net is that the image size is set to 248 × 244 × 64 and cannot be extended due to memory limitations. Thus the input does not have enough resolution to represent the structure of the entire image. This problem can be solved by dividing the input volume into multiple batches. 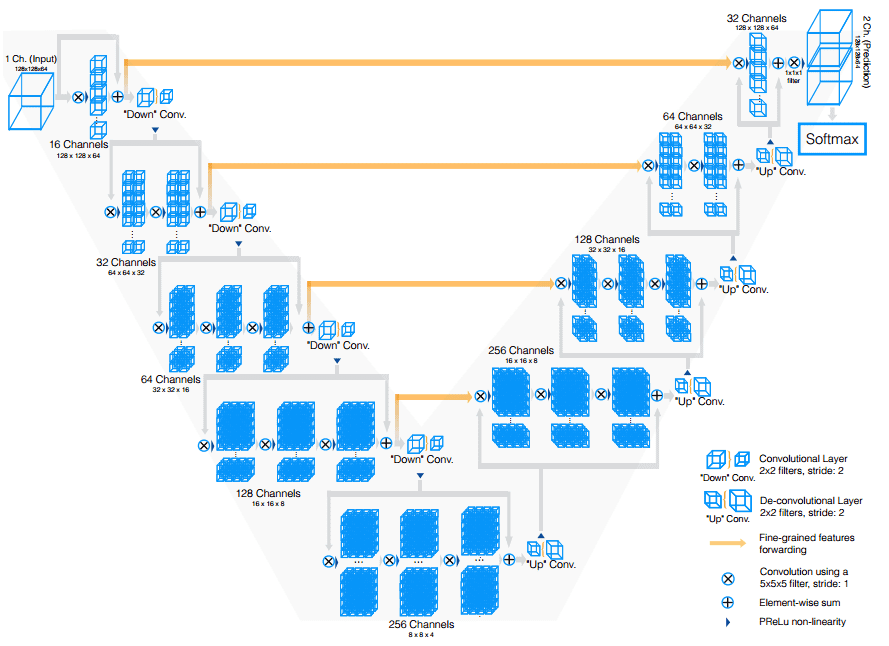 V-Net was derived from U-Net to process 3D MRI volumes. V-Net used 3D convolutions in place of processing the input 3D volumes slice-wise. The modifications in V-Net are:

For training only 50 MRI images are used from the PROMISE 2012 challenge dataset. This dataset contains medical data collected from different hospitals, using different equipment and acquisition protocols, to represent the clinical variability.
For testing 30 MRI volumes are processed.

The performance of V-Net using dice loss is better than V-Net with logistic loss.

High-resolution feature maps directly fast-forwards from the encoder to the decoder network. This leads to the concatenation of semantically dissimilar feature maps. UNet++ tries to improve segmentation accuracy by including Dense block and convolution layers between the encoder and decoder. 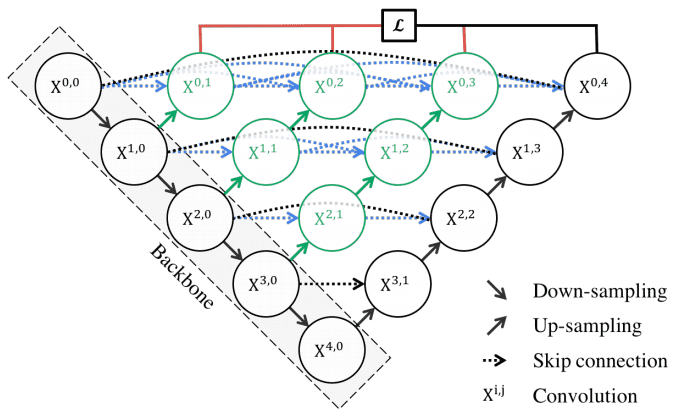 Original U-Net and Wide U-Net(modified U-Net with more kernels such that it has similar number of parameters as the UNet++) are compared.

UNet++ without deep supervision achieves a significant performance gain over both U-Net and wide U-Net, giving average improvement of 2.8 and 3.3 points in IoU.

In 3D biomedical image segmentation, dataset propertes like size,voxel spacings, modality etc vary drastically. No New-Net or nnU-Net is the first segmentation method designed to deal with this dataset diversity. nnU-Net uses 128 x 128 x 128 sub-volumes with a batch size of 2. It has 30 channels in the first conv layer and trilinear upsampling in the decoder.

VoxResNet is a deep voxelwise residual network which was extended into a 3D variant for handling volumetric data. A 25 layer model was designed to be applied to brain 3D MRI images. VoxResNet consistes of VoxRes modules where where the input features are added to the tranformed features via a skip connection. 3 convolutional layers are applied with a stride of 2 that ultimately reduced the resolution of input by 8 times. VoxResNet was extended to auto-context VoxResNet or further improving the volumetric segmentation performance. VoxResNet showed Dice coefficients of 0.8696, 0.8061, and 0.8113 for T1, T1-IR, and T2 respectively and 0.885 for the auto-context version.

The task of comparing two segmentations by measuring the distance or similarity between them is called segmentation evaluation. Here one is the segmentation to be evaluated and the other is the corresponding ground truth segmentation. The metrics for volumetric image segmentation can be categorized into the following types:

When β = 1.0, we get a special case of F1-Measure(FMS). It is also known as harmonic mean and it is given by a

In this article at OpenGenus, we saw the basics of volumetric image segmentation and some of the models designed for that purpose and their performances.

TensorFlow 2.8 has been finally released. Let us take a look at some of the new features and improvements being rolled out in this version. This new version comes with lots of additions, bug fixes and changes.