You only look once (YOLO) is a state-of-the-art, real-time object detection system. It is a fully convolutional network. On a Pascal Titan X, it processes images at 30 FPS and has a mAP of 57.9% on COCO test-dev.

Comparision with other Detectors

YOLOv3 is extremely fast and accurate. In mAP measured at .5 IOU YOLOv3 is on par with Focal Loss but about 4x faster. Moreover, you can easily tradeoff between speed and accuracy simply by changing the size of the model, no retraining required! 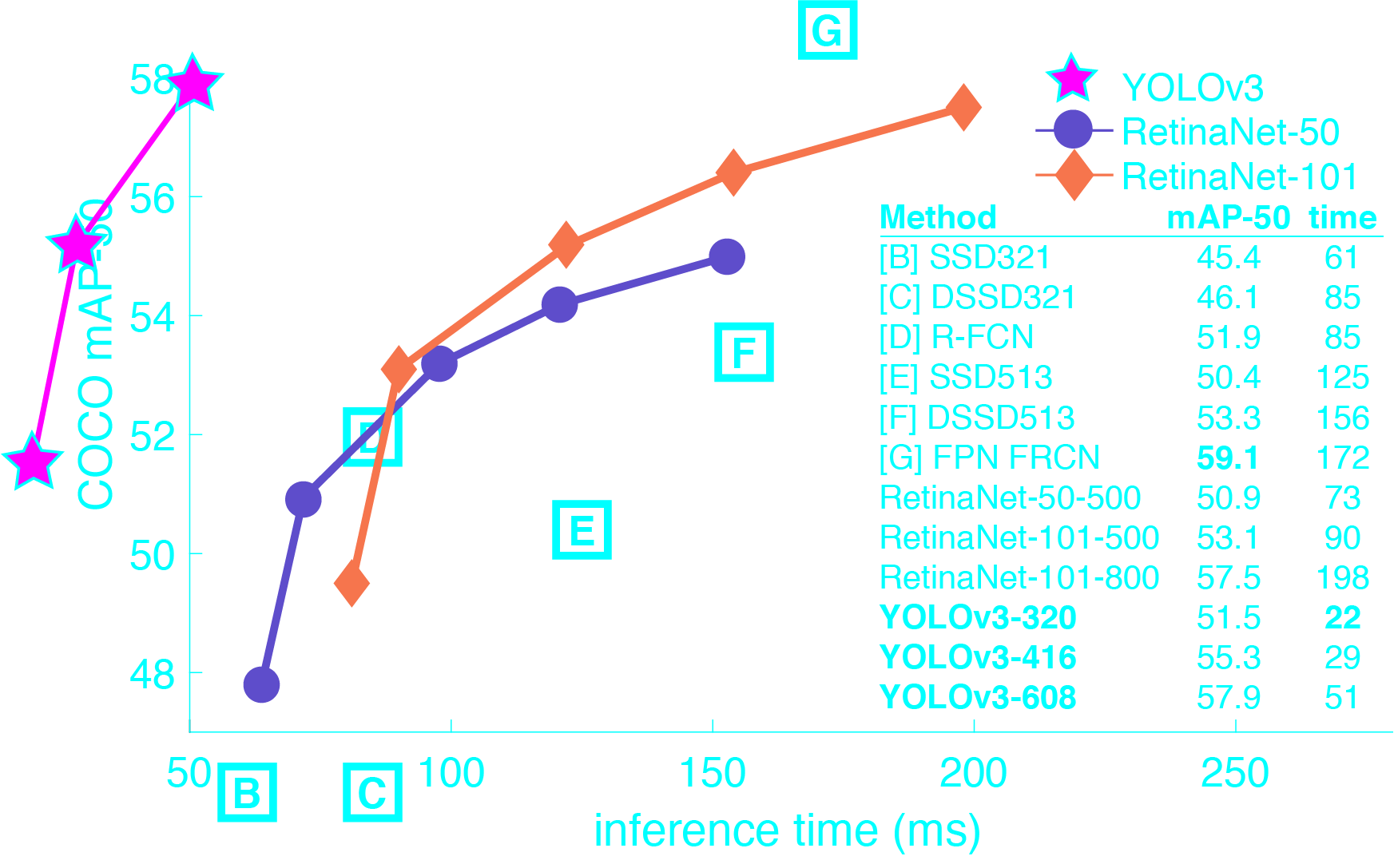 Performance on the COCO Dataset

Performance metrics on the COCO dataset are:

Prior detection systems repurpose classifiers or localizers to perform detection. They apply the model to an image at multiple locations and scales. High scoring regions of the image are considered detections.

Our model has several advantages over classifier-based systems. It looks at the whole image at test time so its predictions are informed by global context in the image. It also makes predictions with a single network evaluation unlike systems like R-CNN which require thousands for a single image. This makes it extremely fast, more than 1000x faster than R-CNN and 100x faster than Fast R-CNN. See our paper for more details on the full system. 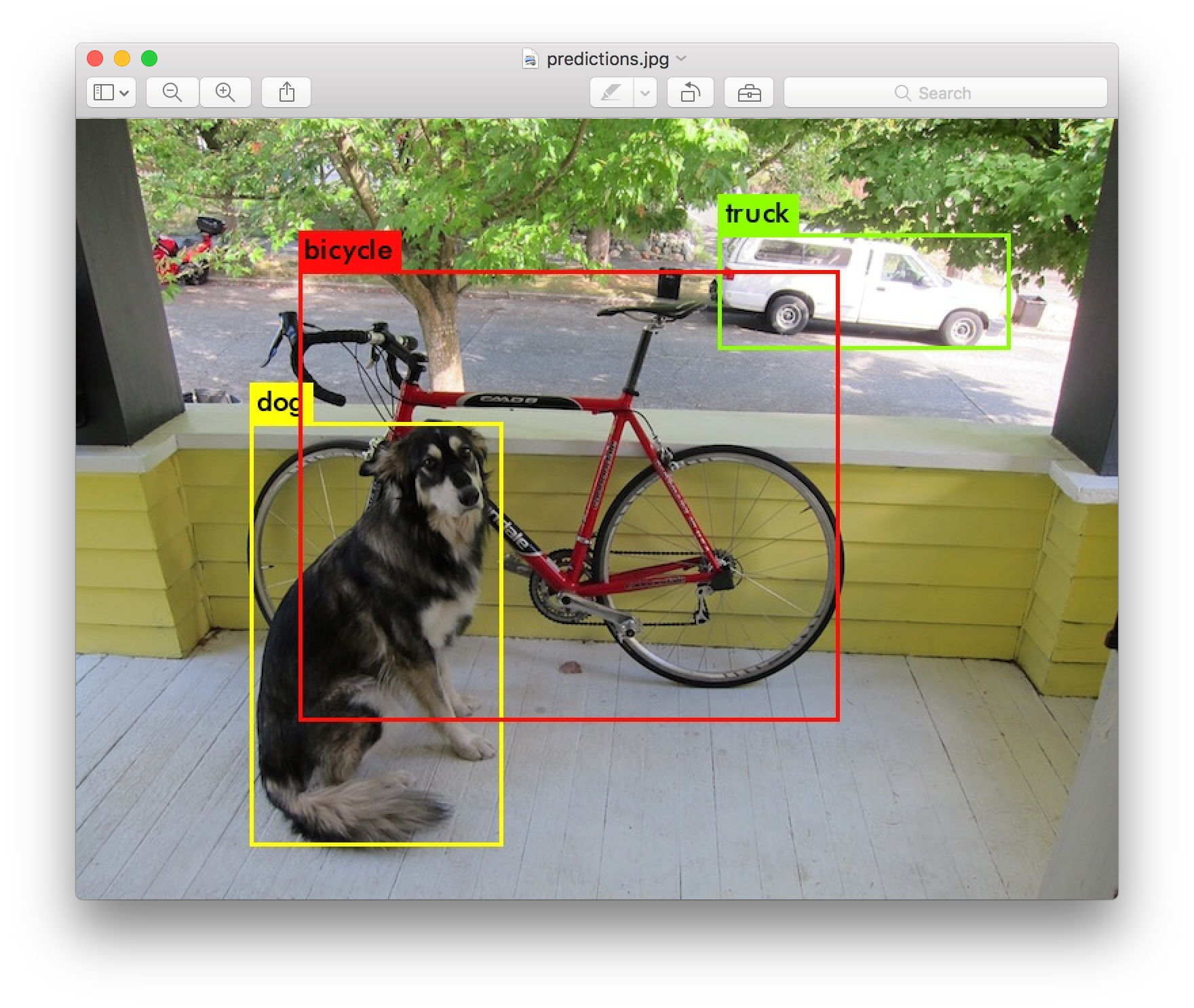 Being a FCN, YOLO is invariant to the size of the input image. However, in practice, we might want to stick to a constant input size due to various problems that only show their heads when we are implementing the algorithm.

A big one amongst these problems is that if we want to process our images in batches (images in batches can be processed in parallel by the GPU, leading to speed boosts), we need to have all images of fixed height and width. This is needed to concatenate multiple images into a large batch.The network downsamples the image by a factor called the stride of the network. For example, if the stride of the network is 32, then an input image of size 416 x 416 will yield an output of size 13 x 13. Generally, stride of any layer in the network is equal to the factor by which the output of the layer is smaller than the input image to the network.

Typically, (as is the case for all object detectors) the features learned by the convolutional layers are passed onto a classifier/regressor which makes the detection prediction (coordinates of the bounding boxes, the class label.. etc).

In YOLO, the prediction is done by using a convolutional layer which uses 1 x 1 convolutions.

Now, the first thing to notice is our output is a feature map.

You expect each cell of the feature map to predict an object through one of it's bounding boxes if the center of the object falls in the receptive field of that cell. 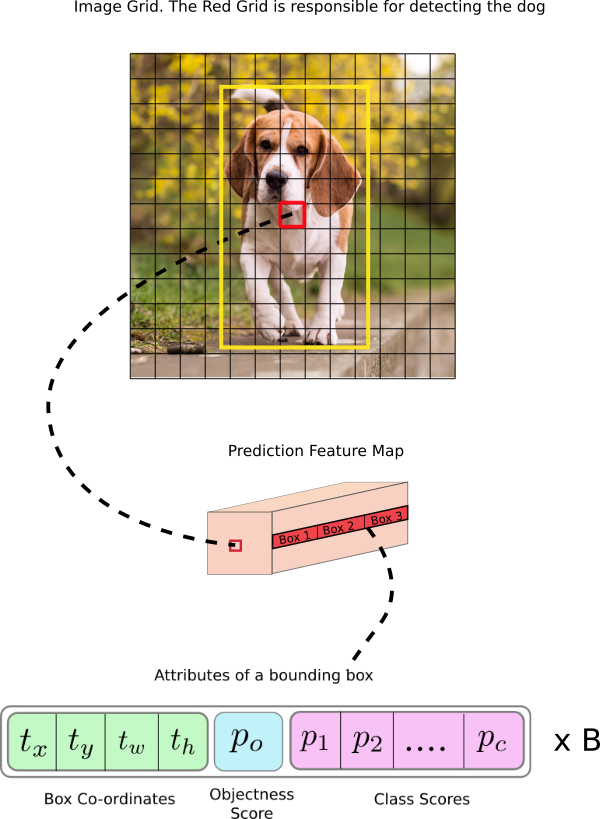 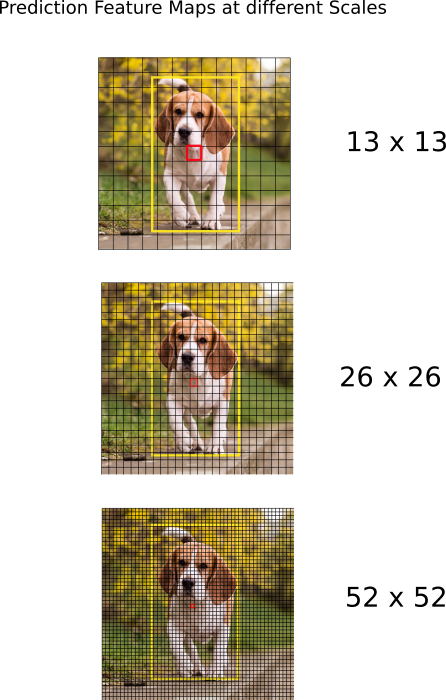 YOLO can only detect objects belonging to the classes present in the dataset used to train the network. We will be using the official weight file for our detector. These weights have been obtained by training the network on COCO dataset, and therefore we can detect 80 object categories.

That's it for the first part. This post explains enough about the YOLO algorithm to enable you to implement the detector. However, if you want to dig deep into how YOLO works, how it's trained and how it performs compared to other detectors, you can read the original papers, the links of which I've provided below.

In Control Flow, there are certain conditions which we put with the help of predefined syntaxes and the program then run in that order and chooses the condition as a output. Control statements include conditional and iteration statements like if else, while, do while and if elif and for loop

Single Shot MultiBox Detector (SSD) is an object detection algorithm that is a modification of the VGG16 architecture. It reached new records in terms of performance and precision for object detection tasks, scoring over 74% mAP at 59 frames per second on standard datasets such as PascalVOC and COCO

OpenGenus IQ: Computing Expertise & Legacy
—
You only look once (YOLO) algorithm
Share this