Capsule neural networks or CapsNet is an artificial neural network which consists of capsules(bunch of neurons) which allow us to confirm if entities (components) are present in the image. We will cover Capsule Networks in depth.

Convolutional neural networks have proven to be a standard for classifying images. They are the main reason why deep learning has become so popular. However, they are not flawless as they have several disadvantages.

Capsule neural networks or CapsNet is an artificial neural network which consists of capsules(bunch of neurons) which allow us to confirm if entities(components) are present in the image. The capsule then assigns the entities the following:

A single Capsule consists of a bunch of neurons thereby representing a layer within a layer i.e a nested layer. These capsules are used to determine parameters of features present in the image by not only considering the existence of the features but also taking into consideration the spatial information of the entities in the image.

Capsule networks take their inspiration from computer graphics. In computer graphics , some amount of geometric data is given to the computer and the computer generates an image based on the data provided. The geometrical data is stored in the form of an array which takes into consideration the spatial representation of the entities it wants to generate. Then a software is used to take the data and generate the image, this process is called rendering.

Capsule networks operate on the idea of reverse graphics. In which we retrieve the data from the image and try to match it with the data we have.

Let’s try and understand how capsule networks work by taking a look at the image below. 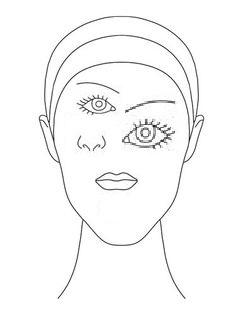 [Disoriented Face]
This image doesn't resemble a face even though it has all the components to make one. A CNN would classify this to be a face because CNNs do not pay attention to the pose and that’s what makes it hard for them to detect the features. 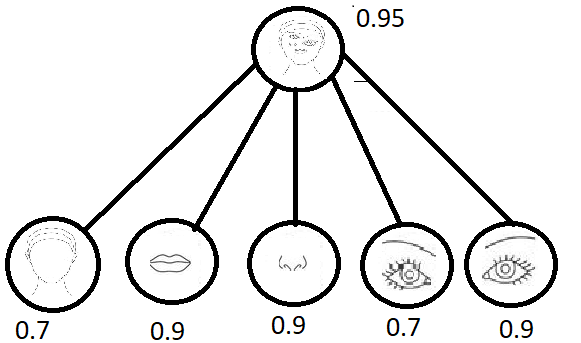 [CNN sub-structures]
The capsule networks intend to solve this problem by implementing a group of neurons (capsule) which are used to encode spatial information along with the probability of the entity being present. This would result in a capsule vector which would consist of the probability of the entities in the image along with the direction of the vector thereby representing the spatial information.

With the help of inverse graphics which is used in capsule networks, the capsules tries to reproduce an image based on it’s comparison with the labelled examples in the training set. By repeating this process, it gets better at predicting the instantiation parameters.The main idea behind capsule networks is to use “equivariance” instead of invariance.

To demonstrate the above context let’s look at the image below: 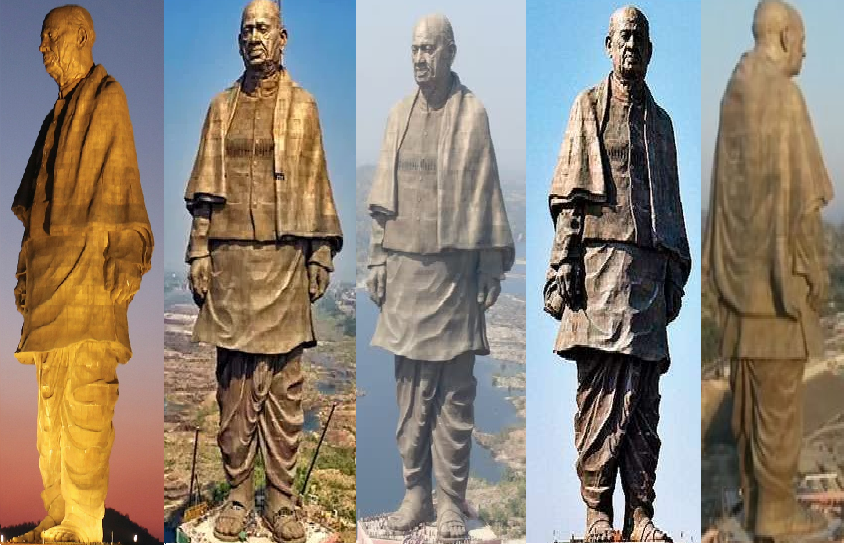 [Diffrently shaded image]
Our brain would classify this as a statue regardless of the lighting and the rotations present. The object detection here is invariant to changes in lighting and rotation, but the internal representation is equivariant to these changes.

This in-turn means that moving a feature in the image will change the vector representation in the capsule, but will not change the probability of its existence. 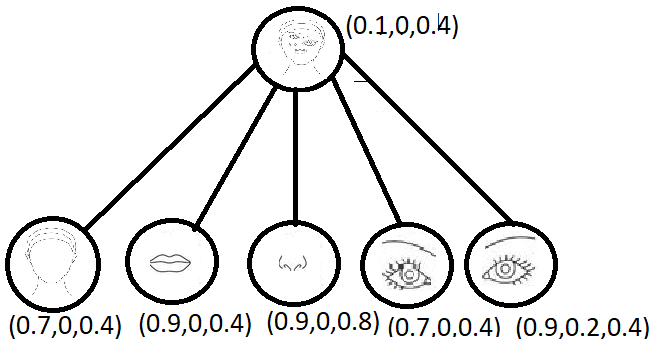 The lower capsule computes a prediction vector which is formed by the dot product of its own output and the weight matrix. If the prediction vector is a large scalar value after the dot product with the output of a higher possible capsule, this results in increasing the coupling coefficient for the higher capsule and decreasing it for other capsules. Dynamic routing between capsules could be considered as a superior mechanism to max pooling as max pooling routes the strongest feature detected in the lower layers. 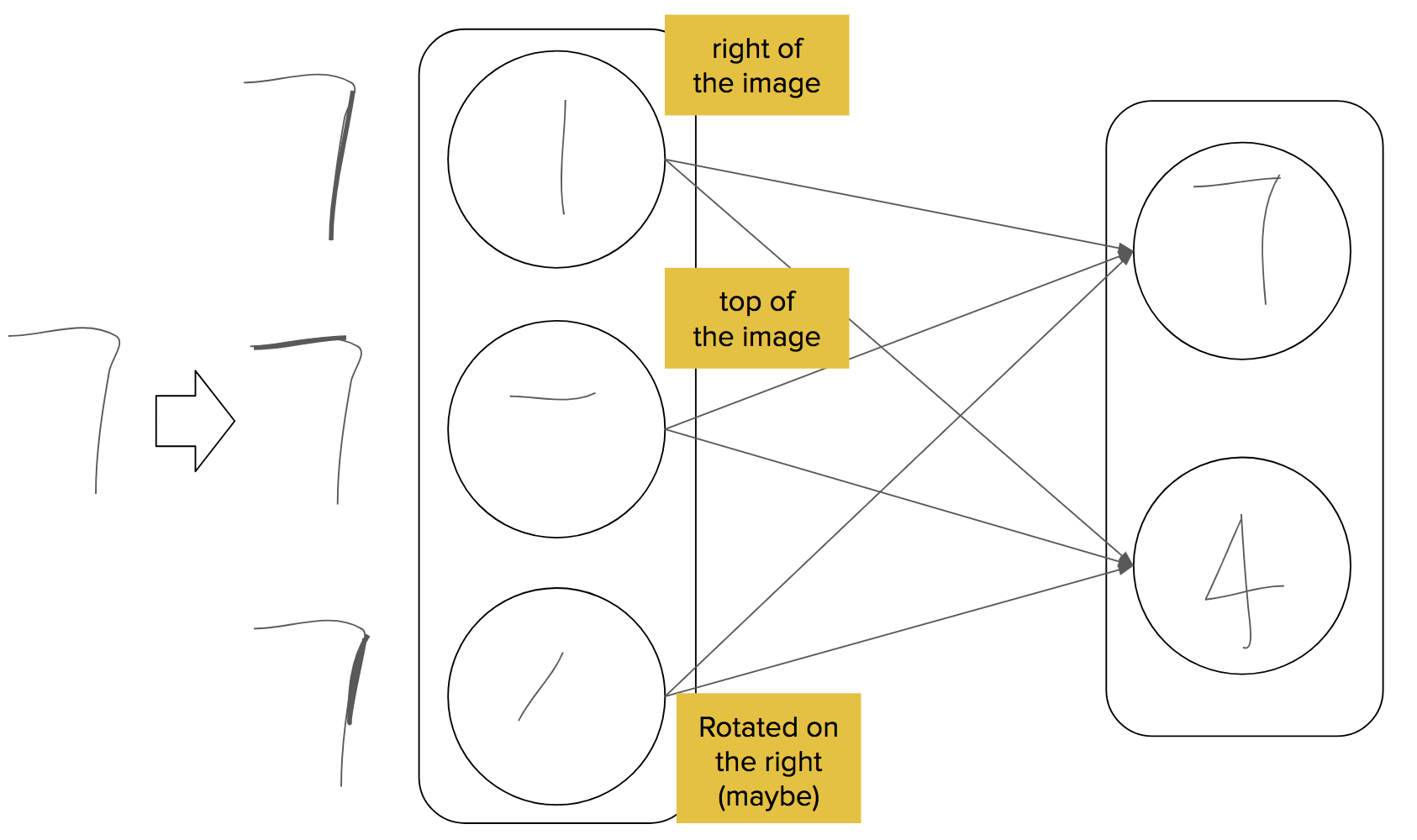 The squash function is a type of activation function present in the capsule neural network which is used to normalize the output vector rather than the scalar elements itself. The output after the normalization guides us on the routing process of the data through various capsules which are then trained to learn several concepts.

The architecture of the capsule network is made up of two parts which are :

The job of the encoder is to take an image as an input and present it as a vector (16-dimensional) which consists of all the instantiation parameters which are required to render the image. The encoder further displays the essentials such as:

The decoder is used to decode the 16D output provided by the higher capsule layer and also learn to decode the instantiation parameter to generate an image which we are trying to detect. The decoder uses a euclidean distance based loss function to determine how similar the reconstructed image is to the actual features of the image it is being trained on. The decoder further has three fully connected layers.

Even though CapsNet has achieved state of the art performance on simple datasets such as the MNIST dataset. It however, struggles to perform with large datasets such as CIFAR-10 or Imagenet. This might be due to the excessive amount of information which proves to work against the idea of capsules by overflowing them with data. The capsule networks are still in the research phase but will surely set the standard for image classification in the near future.

With this article at OpenGenus, you must have a good idea of Capsule Neural Network. Enjoy.

Minesweeper is a single-player puzzle game. The goal of the player is to clear a rectangular board containing hidden "mines" or bombs. We have built Minesweeper game using JavaScript.