In this article, we will explore different types of cost functions; metrics used to calibrate the model's accuracy iteratively.

Why do we need cost functions?

My previous article about Gradient Descent discussed the linear regression model and its parameters. Moreover, I talked about how we use gradient descent to find optimum parameters for b and w so that our model can perform its best.

What are different types of cost functions?

The different types of cost functions in Machine Learning are:

We will dive into each cost function.

This equation provides the basis for the calculation and use of cost functions for regression problems. But, just calculating the distance-based error function can generate negative errors which is not desirable.

There's a cost function called MBE, where we would like to have negative errors too, I'm going to explain the concept later in this article.

We already discussed about MSE in gradient descent article. It is one of the most commonly used cost functions in machine-learning, moreover it is simple and straightforward. This function averages the square error values and adds them up. By squaring the error difference, it removes all negative errors.You might also see MSE called as L2 losses in literature. The calculation of it as follows:

Although MSE is simple and effective it has a major drawback. If a model makes one very poor prediction, the square part of the function will magnify the error. And this results in a huge increase in the overall cost function.

MAE is similar in concept to the Mean Squared, but uses the absolute difference of the actual value and the predicted value to eliminate any possibility of negative error. Therefore, we don't need to square which results magnifying the error, and eliminates the drawback of MSE. Moreoever, the MAE score is a linear score, which means that each individual difference is weighted equally in an average.

You might also see MAE called as L1 losses in literature. The formula is given below:

If the MAE errors signs are not corrected, the average error becomes the MBE. It is intended to measure average model bias in the prediction. MBE can give us some useful information, but you must interpret it cautiously since positive and negative errors will cancel out.

The square root of the MSE is called the Root Mean Squared Error. RMSE can be used when large errors are particularly undesirable. This is how the root mean squared error calculation is done:

To diagnose variation in the errors, MAE and RMSE can both be combined. RMSE will always be greater or equal to MAE. If they differ, you should check the magnitude of the difference between them. Below scenarios show us when MAE doesn't change but RMSE increases as the variance associated with the frequency distribution of error magnitudes also increases. 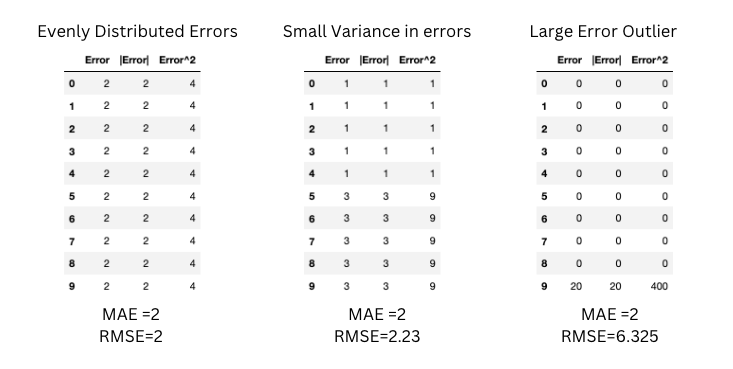 In the below scenarios, the variance of the errors is greater in the first table but the RMSE is the same for both. 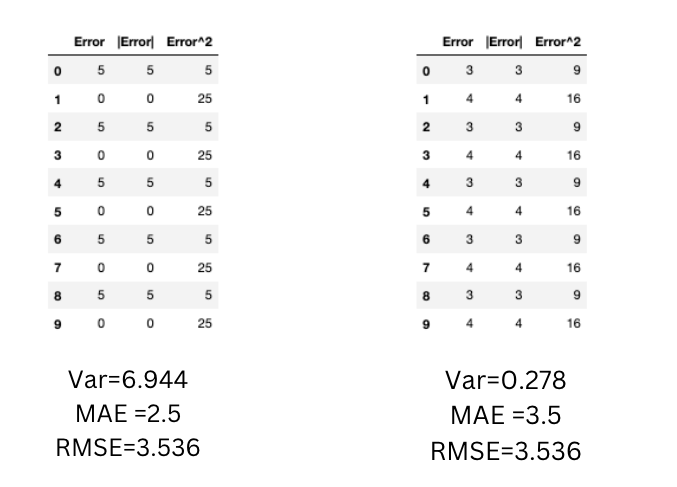 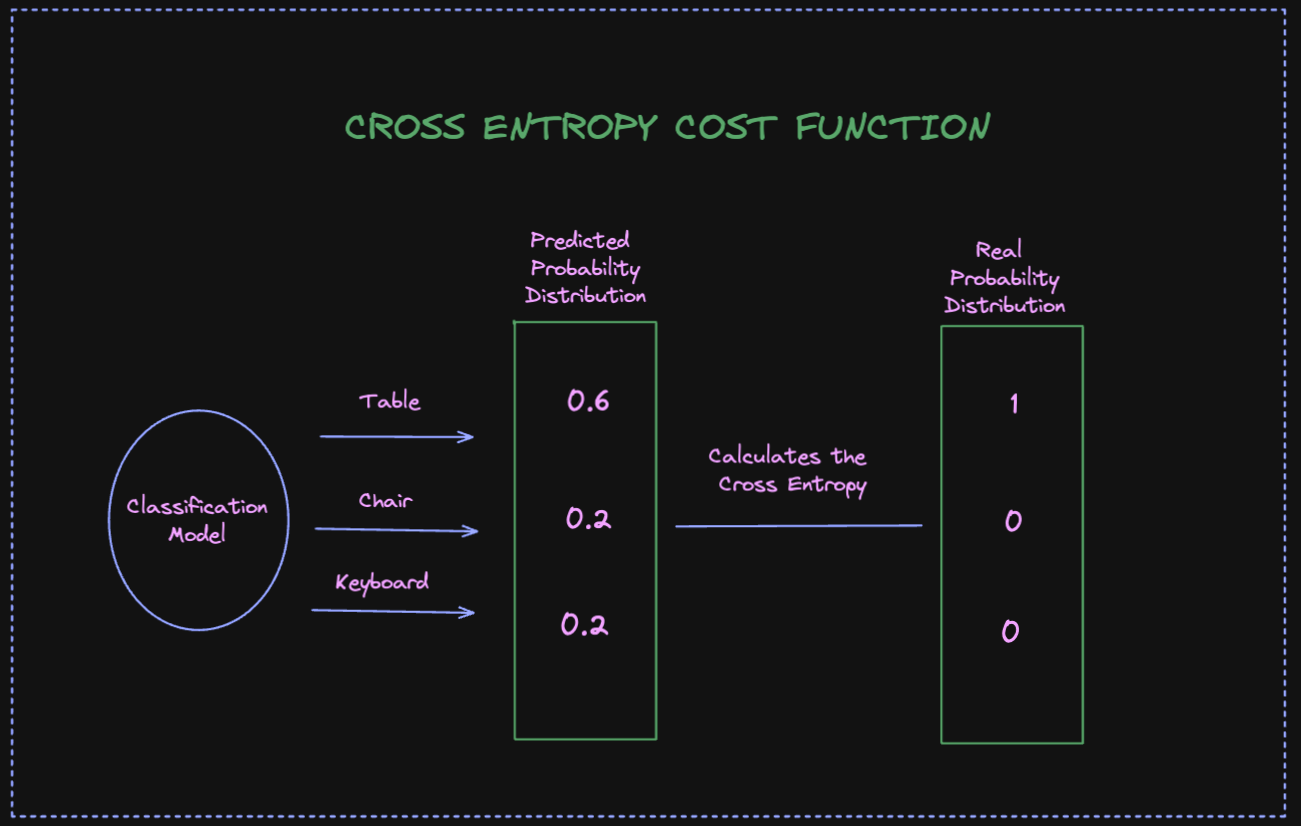 The calcuation of cross entropy is as follows:

Loss functions or cost functions are essential for building and training our models. This article discussed and gave an overview of some of the most important cost functions that are used depending on the type and complexity of the problem.

I hope you find this article useful, until next time take care yourselves!

Which cost function is used in classification models?

In this article, we will study about different approaches to solve the problem "Top K Frequent Words". This will involve the concept of Priority Queue, Trie and Bucket Sort.

In This article, we will learn and explore about the System Design of Top K Heavy Hitters. This feature is used to get Top K elements in a set of elements and is frequently used in real systems. Several different approaches exist.