Backpropagation is a supervised learning algorithm that provides an effective way to learn nonlinear characteristics in the hidden layers of a multi-layer perceptron (MLP). However, as the network size increases, the algorithm fails to optimise network weights leading to poor feature selection and slowing down the learning process. In addition, it requires considerable labeled data on training, which is costly to obtain. Deep Belief Networks are unsupervised learning models that overcome these limitations. We will explore them in details in this article at OpenGenus.

A Deep Belief Network (DBN) is a probabilistic generative model that is composed of a stack of latent variables called also hidden units. 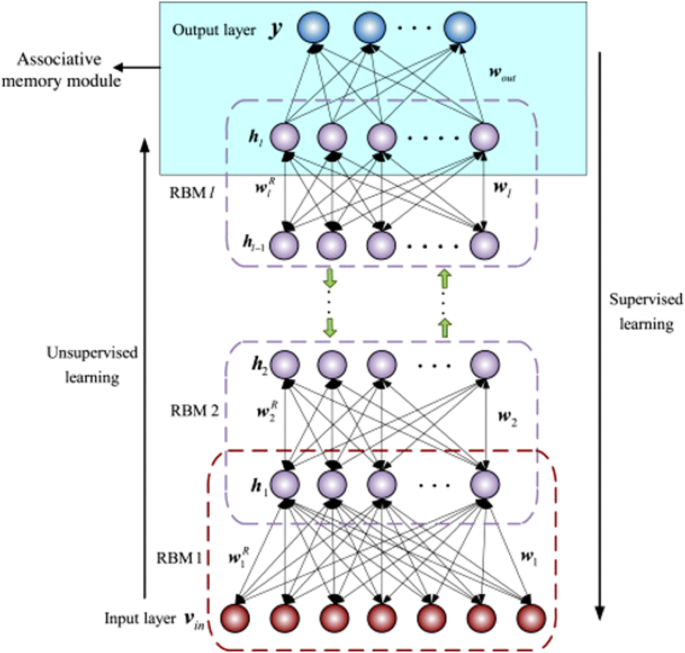 The building block of a deep belief network is a simple unsupervised networks that can be either a restricted Boltzmann Machine or an Auto-encoder.

The learning algorithm of a deep belief network is divided in two steps:

This is the first step of the learning process, it uses unsupervised learning to train all the layers of the network. The algorithm describing this phase is as follow : 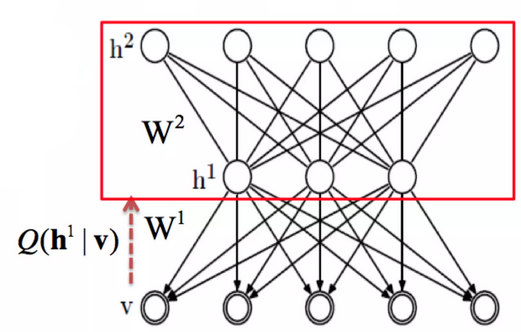 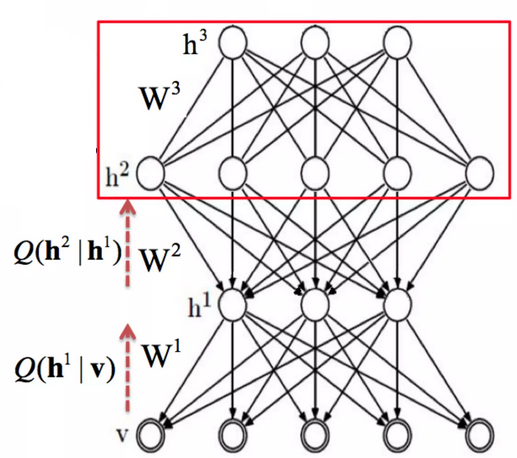 This step is needed to do discriminative tasks. For example if we need the DBN to perform a classification task, we need to add a suitable classifier to its end, such as Backpropagation Network. The weight matrix of the whole network is revised by the gradient descent algorithm, this leads to slightly changing the parameters of the RBMs.
In this way the trained DBN will not be easily damaged.

Deep Belief Networks have been used in a wide range of applications :

Tensorflow provides an implementation to a DBN architecture using an RBM as its building block. We will apply this implementation on the MNIST dataset.
The link to the github repository can be found here.

You can find the link to the full code here

Although deep belief networks have great applications, they have also some limitations:

To conclude, here are some key notes from this article:

In this article, we will sort a vector having custom object as elements of vector in C++ using comparator.