“Karma of humans is Artificial Intelligence”

Let's quickly run through the topics this post covers:

As a freshman in college, I had a multitude of specializations to choose from in college. Going with the herd, I decided to opt for Artificial Intelligence and Machine Learning as my major alongside CSE, without even knowing what it meant. To put things into perspective, I was just a class 12 graduate with minimal knowledge of C++ and programming in general.

As uni started to pick up its pace, I found myself surrounded by buzzwords, "AI" and "ML" being the most frequent. Looking at seniors code up project after project, I started to feel frightened and lost in the wide world I had just entered. But I did not let this pull me down and I started exploring machine learning, by reading more. And before I knew, I would spend hours reading about the same online. I started talking to more seniors, who were experienced and started collecting resources to begin the beautiful journey. As advised, soon I was spending nights diving deep into machine learning algorithms and coding them from scratch, by following guides and articles.

I decided to collect resources and concentrate them to form a basic roadmap, to help other beginners like myself, who would like to explore the field further and not feel lost.

Who should read this?

Artificial Intelligence. It seems like the buzz word of this decade, doesn't it? To a newbie, this term accompanied by the hype around it creates a vivid scene from some sci-fi movie. But in reality, I like to call it an art of numbers. And like any other artform, this too can be mastered with consistent practice.
AI will shape the world more drastically than any other innovation in this century. After two AI winters over the past four decades, the game is now changing. And the credit goes to the growing volumes and varieties of available data, computational processing that is cheaper and more powerful, and affordable data storage.

Prerequisites to start with machine learning?

To understand the concepts presented, it is recommended that one meets the following prerequisites:

Artificial Intelligence may be defined as the study of agents that perceive the world around them, form plans, and make decisions to achieve their goals. A common mistake people often make is to use the terms AI and machine learning interchangeably.
Machine learning is a subfield of artificial intelligence. It enables computers to learn on their own and predict patterns in data without being explicitly programmed.
The following illustration provides a better intuition into what I just discussed. 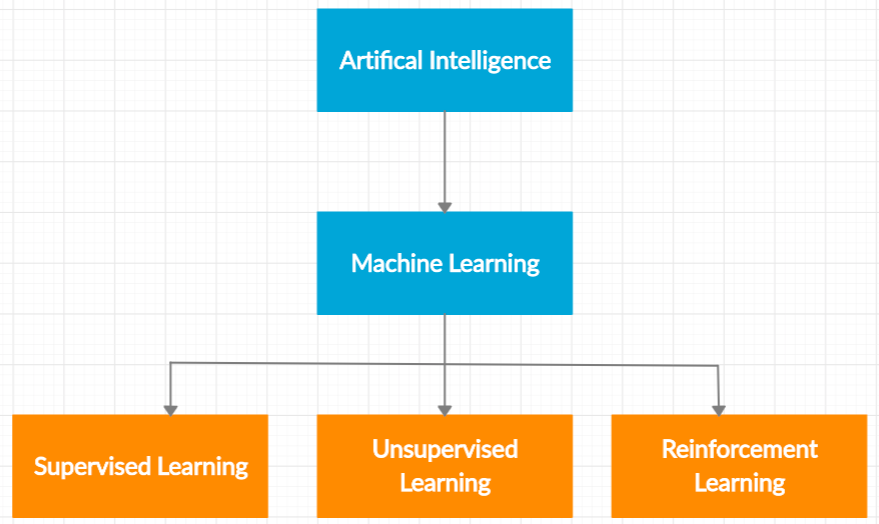 What is Machine Learning?

Arthur Samuel described machine learning as: “The field of study that gives computers the ability to learn without being explicitly programmed.” This is an older, informal definition that now holds little meaning.
Tom Mitchell provides a more modern definition: “A computer program is said to learn from experience E concerning some class of tasks T and performance measure P, if its performance at tasks in T, as measured by P, improves with experience E.”
In Layman's terms, machine learning is the idea that there can be generic algorithms that tell us interesting facts about a set of data without us having to write any custom code specific to a problem. Rather than writing code, we may feed the data to a generic algorithm and it devises its logic based on the data.

Roadmap to begin with Machine Learning

As a freshman, I felt lost. I wished to explore ML as a field, but I could not find an end to begin with. The buzzwords seemed to intimidate me and I just could not get a start. But as I asked around and started reading more, it all started to make sense. Hence, I decided to form a basic roadmap of what all I followed, so nobody else has to feel the way I did.

I did the algorithms in the following order of growing complexity, but you may start anywhere. Use cases for the same have also been explained:

How to implement an ML algorithm?

After covering all the theoretical aspects of machine learning, I would advise you to start implementing that knowledge. Without practical application, machine learning loses its essence.
I decided to start with arguably the most famous algorithm, Linear Regression. As I implemented it on real-world data, it all started to make sense to me. And that feeling was incomparable, as I was witnessing a machine derive logic itself, and it began to find correlations between mere variables.
Starting from something so basic, I soon began playing around with other algorithms. I would read about them, whenever I could, and then try to implement them myself. And even before I knew, it started coming to me, naturally.
Here's a strategy that worked well for me:

This is my very first article here, and I would love to hear from you all and collaborate upon something with an impact. Stay safe and thank you for reading!

Go on to master Machine Learning.

OpenGenus IQ: Computing Expertise & Legacy
—
How I mastered Machine Learning as a Fresher?
Share this