In this article, I tried to implement and explain the BERT (Bidirectional Encoder Representations from Transformers) Model .This article mainly consists of defining each component's architecture and implementing a Python code for it.

I have discussed in detail about the BERT model architecture in this article but in short , you can understand it as a number of encoder layers stacks on each other taken from Transformers architecture. 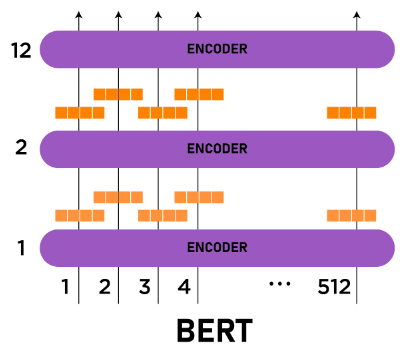 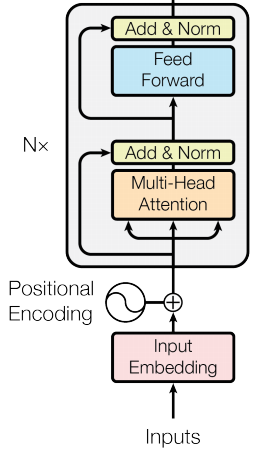 In the above figure the input embeddings which we obtained after tokenizing and converting it into proper vector form which represent the words within the sentences or sequences with some numerical value feed into the Multi-headed attention layer after concatenating with positional embedding then the softmax output of the attention layer feed into the Feed forward neural networks which do its job of finding contextual information so the data flow somewhat should look like as depicted in the above diagram the decoder portion have nothing to do with BERT model so we are not going to discuss it.


So if we want to divide the architecture of Transformer into lower level we can say there are mainly three main components apart from input embedding:

First we need to understand self-attention , so basically self attention takes account of all the other words in defining the meaning of a particular word. Lets see how to calculates it.

We have to create three vectors query , key and value from the input embedding ,then we can calculate self attention by following the formula. 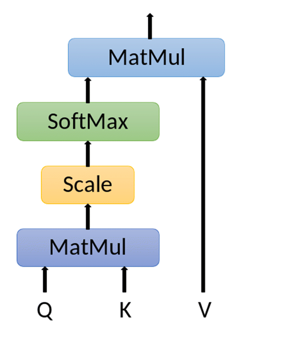 Most of code provided here are component's code and are somewhat gives you a rough sense at high level , you can get full code here

So now you will able to understand Multi-headed attention .When Self-attention is calculated multiple times in the BERT architecture , It is therefore known as Multi-head Attention.The main behind this to calculate different contextual information in parallel in seperate attention layers , so it doesn't over saturate the single attention layer. 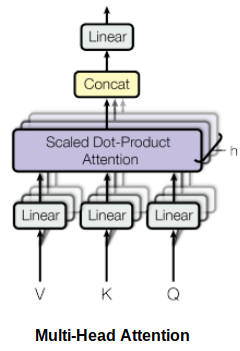 Feed Forward neural network helps a lot in finding the more contextual information related to particular pairs of words in sequences . It is not very clear why we need another feed forward network if we already have an attention layer which does the same job but it helps to improve the accuracy of the model you can see here if you wanna know more detail about it.

Before training the BERT model , we simply replace about 15% of the words from the corpus with [Mask] token and during training we try to predict the value of the [Mask] for this to predict the model able to learn about the contextual or semantic information about the corpus.As it can used the data information from both sides left and right of the [Mask] token it explain the BERT model bidirectional property. 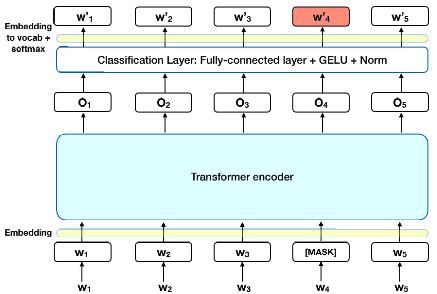 We simply feed two sentences separated by [SEP] token and replace last layer with single classification bit which predict whether the following sentence is next or not.

After training on these two tasks the word embedding obtained from that are more contextually informative or rich as compared to others word embedding obtained from different models , the model also able to orient itself into such a position that it is able to find more deep semantic or contextual meaning within text due to its architecture . We are not able to cover the whole training part as it requires in- depth knowledge of custom tokenizers , working on GPUs or TPUs , etc.

With this article at OpenGenus, you must have a good understanding of implementing BERT. Enjoy.