Problem: How can we improve on the convolution operators of CNNs?

Solution: Use of the Indirect Convolution algorithm

Explanation: It is a modification of GEMM-based algorithms

Indirect Convolution is as efficient as the GEMM primitive without the overhead of im2col transformations - instead of reshuffling the data, an indirection buffer is introduced (a buffer of pointers to the start of each row of image pixels). It can similarly support arbitrary Convolution parameters and leverage previous research on high-performance GEMM implementation.

Topic relevance:
50-90% of inference time in CNN models is spent in Convolution or Transposed Convolution operators

Challenge: infeasible for a single implementation to deliver good performance across all parameter values with a standard layout for input and output tensors.

This implementation of Direct Convolution Algorithm as 7 nested loops is shown below.

Derivtion of the indirect convolution algorithm 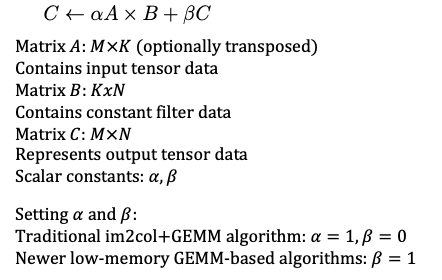 the implementation is as follows

and can be represented in a figure 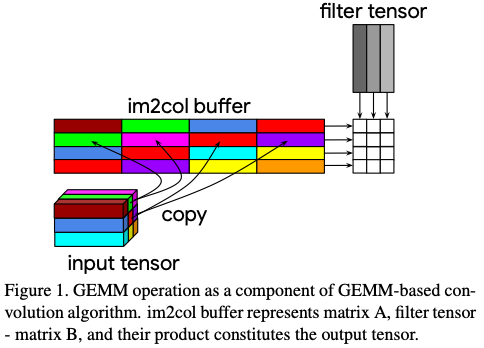 GEMM can be transfored to an Indirect GEMM by making two modifications. They allow the algorithm to implement a fused im2col + GEMM operation.

The implementation of the Indirect GEMM micro-kernel in C is as shown in the code below:

It can be represented as such. 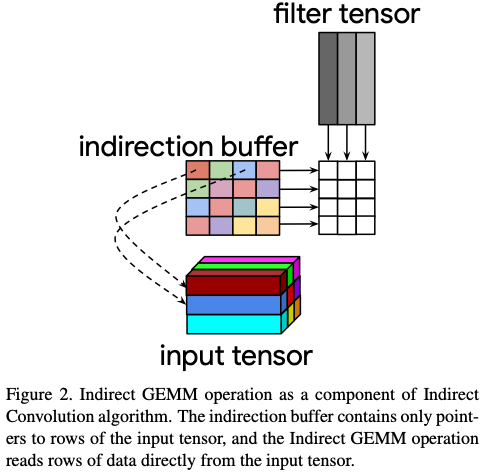 Indirection buffer is a buffer of pointers to rows of input pixels, with C pizels in each row and optionally strided. It depends on several parameters.

Success is defined by four factors:
Positive effect on performance

The composition of convolution parameters in ResNet-18 and SqueezeNet 1.0 is shown below.

The detailed results are shown in the following inmages for ResNet-18 and SqueezeNet 1.0 respectively. 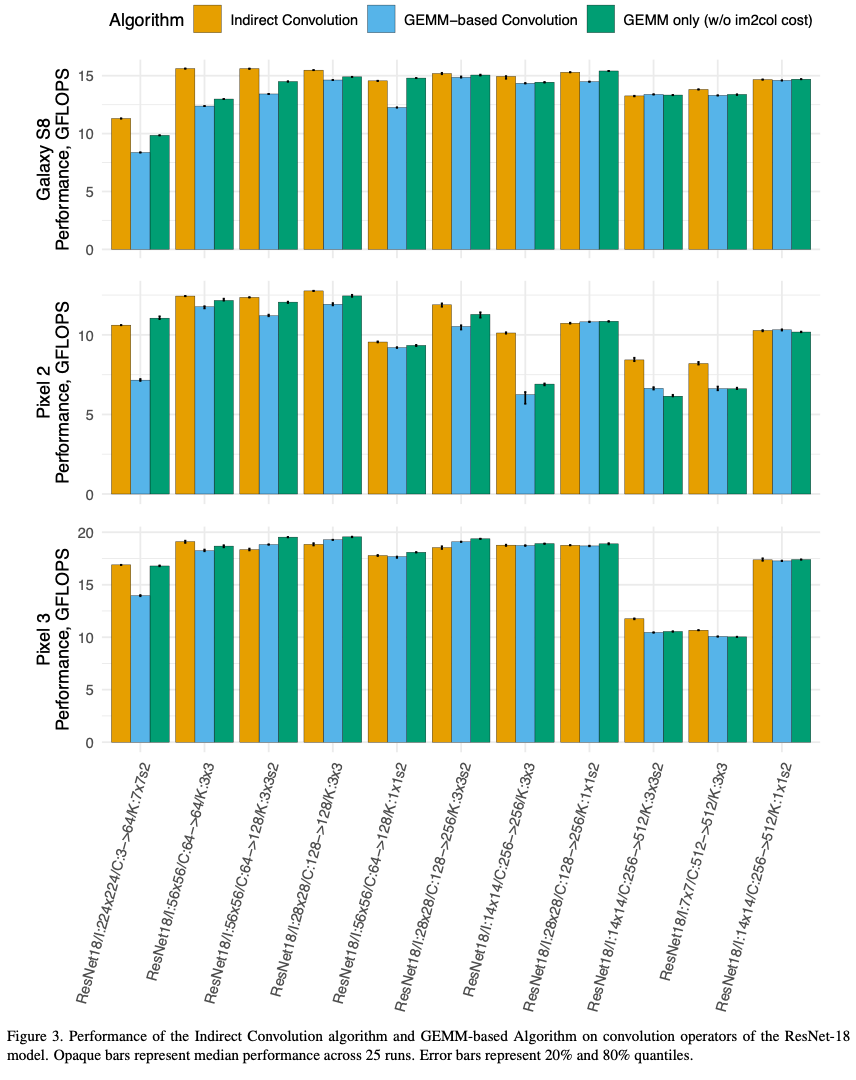 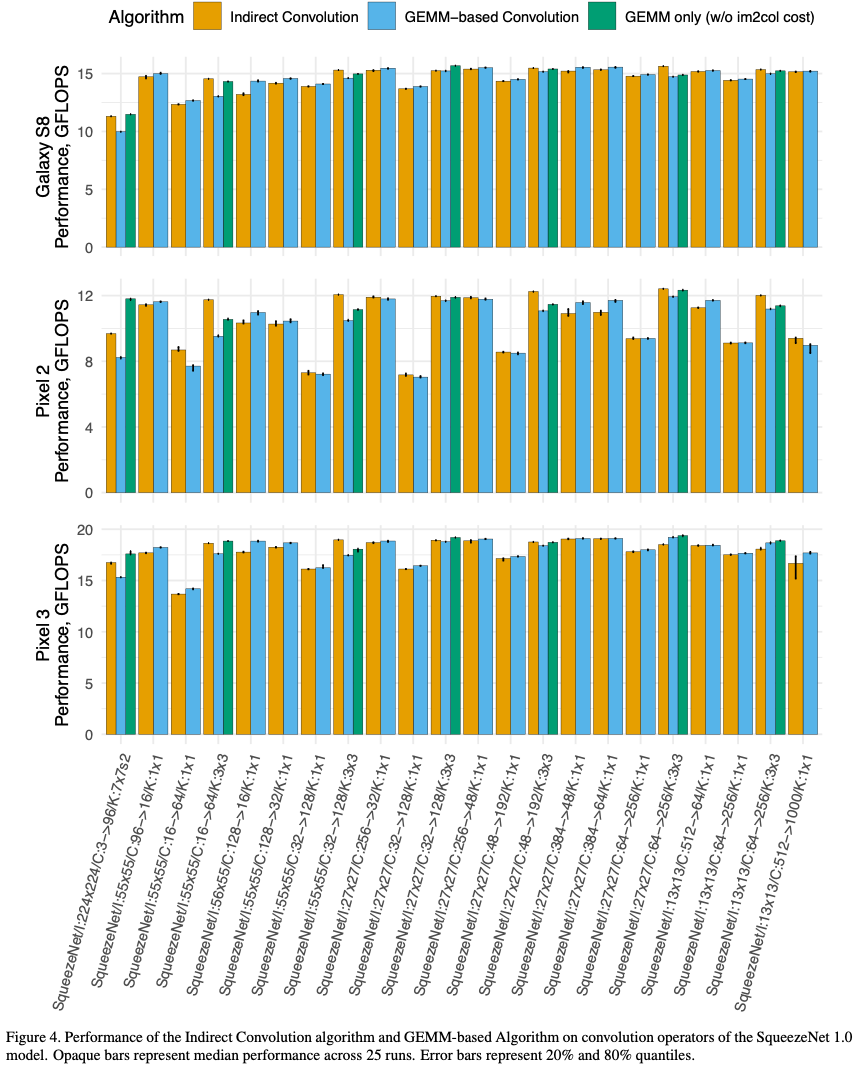 The impact of these results on different types of convolution layers in the two models are shown below.

Adversarial Vulnerability is a direct result of our models' sensitivity to well-generalizing features in the data. We explored the research paper.