If you haven't read that article
You can check it here : - Load Balancer

Why do we need Load balancing algorithms

Using a load balancing algorithm, we can efficiently distribute the request to the pool of servers. Depending on the different situations,like server capacity, client requests, current connection time, IP address we can determine which load balancing algorithm should be used. A load balancer must be efficient, this ensures the higher availability of web services and maximizes the responsiveness.

In round robin ,the requests from the client is distributed in the cyclic manner.What is that mean,we will see with the help of diagram

Loads are evenly distributed which increases the responsiveness of the servers.
But what will happen, if the server B will have higher RAM,CPU and other specs than the server A and C.In that case ,server A and C may get overloaded and fail quickly, while server B sit idle.
This method can be preferred where the servers configuration are same.

So the load balancer will assign a weight to the server A=3,B=2,C=1.You can see the diagram below

In round-robin and the weighted round-robin, we can see that the load balancer is not taking consideration of the current load connections on each server.

Let say we are taking first case where all the servers have same configuration.See the diagam,

If the servers have different configuration?

Hashing algorithms are used in the case of persistant connections(means stick a client to the specific server).This may be due to wide range content is serving to the clients like videos.Cache to be served,this reduces the response latency,better cpu utilization.

The below diagram is shown the how requests from the client is hash based on it's url or ip address,forwarded to the respective server. 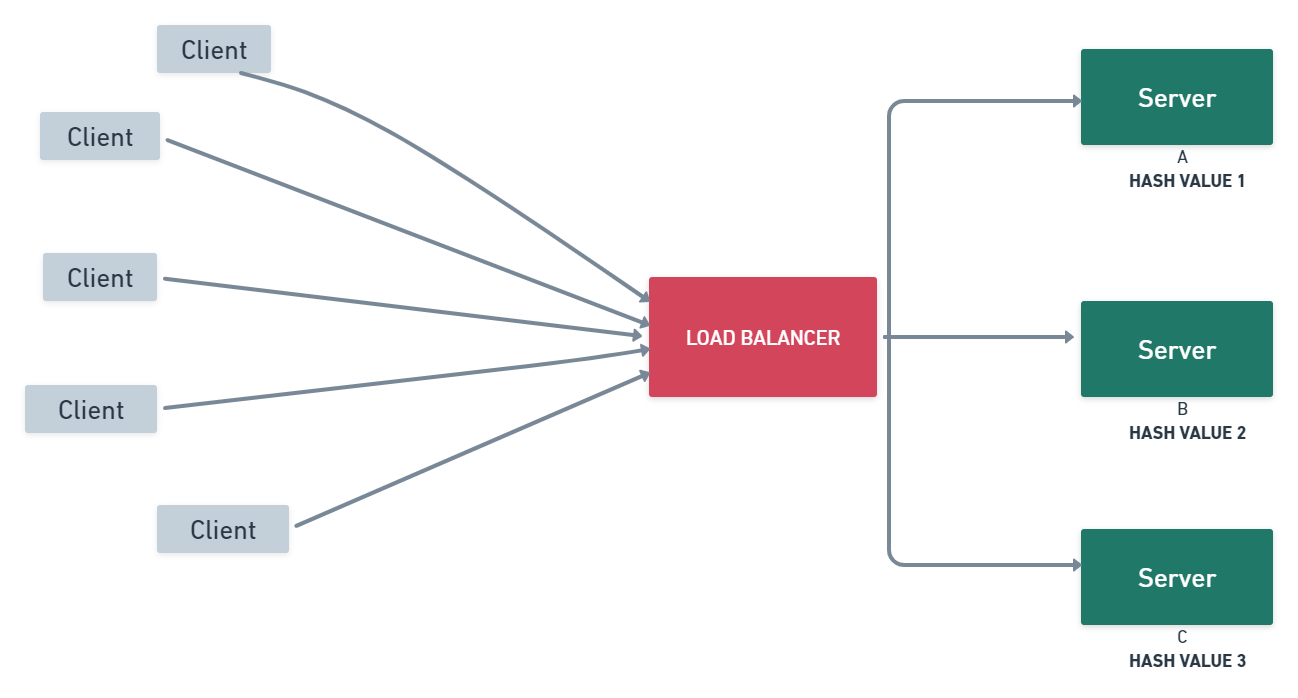 Load balancer generates the hash value based on the HTTP URL present in requests coming from the clients.Based on hash value,requests will be forwarded to servers.So if the same request coming for the same url,it will be send to the same server.

In this method ,the client(or source) and server(or destination)
IP address is used to generate the hash key.Now ,according to this key,load balancer will allot the client to particular server.

This can be useful to connect the client to the same server after disconnection.Like storing the items to the cart.

As the name suggest, the request will be forwarded to random servers.
For forwarding the request,load balancer use random number generator.

This is all about load balancing algorithms.Thankyou for reading this article at OpenGenus.

In this article, we will explore the Codeforces API. With codeforces API, one can get access to limited data from in machine-readable JSON format.

A self-balancing binary tree is any tree that automatically keeps its height small in the face of arbitrary insertions and deletions on the tree. We have explored different types like 2 3 tree, Red Black tree, AVL Tree, B Tree, AA Tree, Scapegoat Tree, Splay Tree, Treap and Weight Balanced Tree.