The number of bytes to allocate is passed as the single parameter. On success the function returns a pointer to the start of the allocated memory or return a null pointer upon failure. 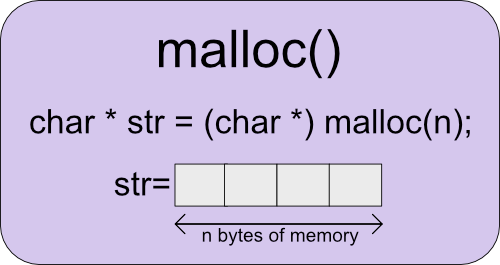 Return type is a pointer to the start of the allocated memory. Or null pointer on failure
Parameter is number of bytes to allocate

After usage of the pointer is done, free() function is called by passing the returned pointer. This deallocates the assigned section of memory and avoid memory leakage.

Malloc function is used with free() and realloc() to handle safe dynamic memory allocation. Although in modern c++ applications new and delete operators are recommended.

Reasons to use new over malloc():

With this article at OpenGenus, you must have a good knowledge on malloc() in C++.

We will see what is BERT (bi-directional Encoder Representations from Transformers). How the BERT actually works and what are the embeddings in BERT that make it so special and functional compared to other NLP learning techniques.

We will dive into some of the Rust language's Standard Library, or std for short namely HashMap and BTreeMap along with basic operations like insert and delete.