Marking phase
Removing Unused Objects
Sweep Phase
Compact Phase
Copy Phase
The basic strategy to remove unreferenced objects to is identify the life objects and deleting all the remaining objects. This is divided into two phases: Mark and Sweep.


Our objective is to identify all live (reachable) objects.

Every Garbage Collection algorithm used in Java Virtual Machine starts by finding out all objects that are still alive.

Examples of such Garbage Collection roots are:

When the marking phase finishes, every live object is marked.

Key points regarding the marking phase are:

When the mark phase is completed, the GC can proceed to the next step and start removing the unreachable objects.


The strategy of removal of unused objects is different for different Garbage Collection algorithms.
The strategies can be divided into three groups:


Mark and Sweep algorithms use conceptually the simplest approach to garbage by just ignoring such objects. What this means is that after the marking phase has completed all space occupied by unvisited objects is considered free and can thus be reused to allocate new objects.

The approach requires using the so called free-list recording of every free region and its size. The management of the free-lists adds overhead to object allocation. Built into this approach is another weakness – there may exist plenty of free regions but if no single region is large enough to accommodate the allocation, the allocation is still going to fail (with an OutOfMemoryError in Java).


Mark-Sweep-Compact algorithms solve the shortcomings of Mark and Sweep by moving all marked – and thus alive – objects to the beginning of the memory region. The downside of this approach is an increased GC pause duration as we need to copy all objects to a new place and to update all references to such objects. The benefits to Mark and Sweep are also visible – after such a compacting operation new object allocation is again extremely cheap via pointer bumping. Using such approach the location of the free space is always known and no fragmentation issues are triggered either. 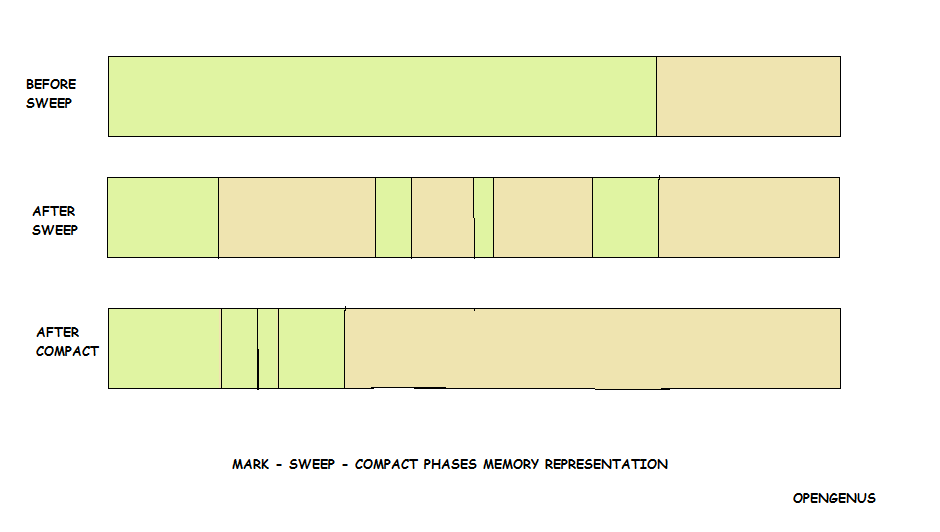 
Mark and Copy algorithms are very similar to the Mark and Compact as they too relocate all live objects. The important difference is that the target of relocation is a different memory region as a new home for survivors. Mark and Copy approach has some advantages as copying can occur simultaneously with marking during the same phase. The disadvantage is the need for one more memory region, which should be large enough to accommodate survived objects.

Divide and Conquer algorithm to find Convex Hull. The key idea is that is we have two convex hull then, they can be merged in linear time to get a convex hull of a larger set of points. It requires to find upper and lower tangent to the right and left convex hulls C1 and C2

Quickhull is a method of computing the convex hull of a finite set of points in the plane. It uses a divide and conquer approach. It was published by C. Barber and D. Dobkin in 1995. average case complexity is considered to be Θ(n * log(n))