The paper (Few-Shot Adversarial Learning of Realistic Neural Talking Head Models) is one of the most challenging and exciting Machine Learning papers to read. I hope to do justice with explaining this paper in this post, so that it becomes a little easy to read and understand.

It has been a work by researchers (Egor Zakharov, Aliaksandra Shysheya, Egor Burkov and Victor Lempitsky) from Samsung AI Center, Moscow and Skolkovo Institute of Science and Technology. This is the paper: Few-Shot Adversarial Learning of Realistic Neural Talking Head Models which you may read.

We all are familiar with the advancements made in the field of Deep Fakes, which is basically creation of fake photos or videos of humans using neural networks. The only issue with such tasks is that they require a large amount of training data, however, in practical cases, we might want the personalized talking head models to learn from only a few image views of a person.

This is what the paper mentioned here resolves. A team of researchers at Samsung AI has figured out how to create realistic talking heads from as little as a single portrait photo.

Following is the most interesting application of this technique of creating a moving video of the popular picture Monalisa:

The first step was to extract the landmarks of the face images, for which an off the shelf face landmark tracker has been used on a set of 8 frames of the same person. These models work just as well for different angles of the images, originally absent in the training dataset.

This system works for different set of frames, starting right from just 1 frame, which implies that one shot learning has also been achieved by this system.

The work described in this paper owes its success to this meta learning stage which uses the following 3 networks:

The Embedder network maps the frames concatenated with the face landmarks into vectors which are further used to initialize the parameters of layers inside the generator network which maps landmarks into the synthesized videos. The discriminator then assesses the identity preservation in the generated videos and a realism score is calculated based on that.

In depth explanation of this technique

In this stage, the parameters of all the three networks are trained in an adversarial fashion, by simulating episodes of K-shot learning.

The parameters of the embedder and the generator are then optimized to minimize the objective comprising the content term, the adversarial term, and the embedding match term.

Here, the content loss uses a similarity measure to quantify the distance between the original image (ground truth) and the reconstructed image, whereas the adversarial term corresponds to the realism score, computed by the discriminator and is to be maximized.

Thus, two kinds of video embeddings are present in this system: one, which are computed by the embedder, and the other corresponding to the columns of discriminator matrix.

To generate new frames corresponding to new landmark images, a generator is applied, using the estimated embedding and the meta-learned parameters. This results in generated images being plausible and realistic, with a considerable identity gap, though.

This identity gap is then bridged via the fine-tuning stage.
The fine-tuning process can be seen as a simplified version of meta-learning with a single video sequence and smaller no. of frames.

In most situations, the fine-tuned generator provides a much better fit of the training sequence. The initialization of all parameters via the meta-learning stage is also crucial.

Let's make this theory full-proof with the amazing results achieved: 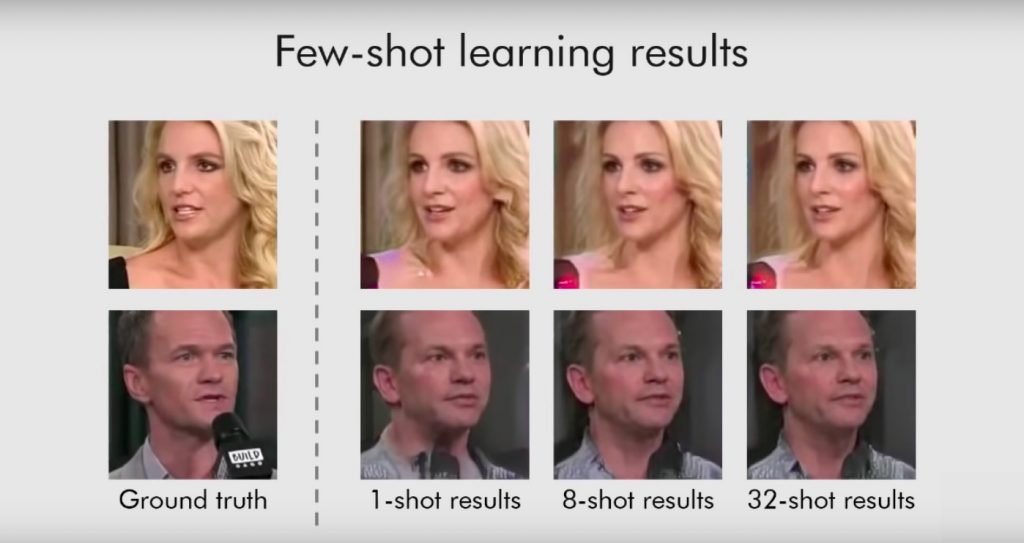 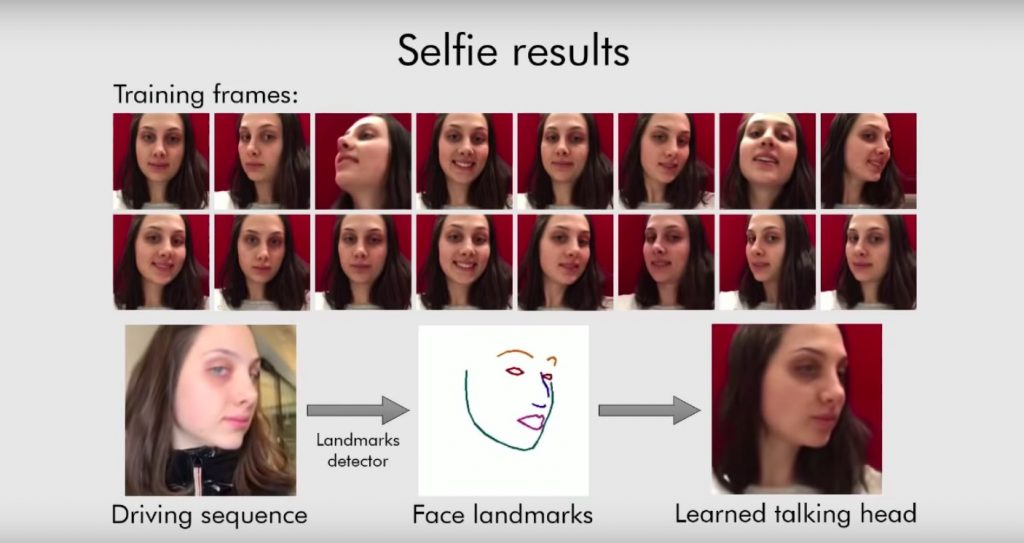 Though this field is relatively new, and it would be exciting to see its upcoming use cases, some of the possible applications are:

To get address of a variable in C, we use the address of (&) operator, the %p specifier to print it and a casting of (void*) on the address.

In this article, we have explored how to round and truncate numbers in C using the math.h library. that is round(), roundl(), trunc(), truncl() and others