What is Object Detection?

The formal definition for object detection is as follows: A Computer Vision technique to locate the presence of objects on images or videos. Object Detection comprises of two things i.e. Image Classification and Object Localization.

Image Classification answers the question " What is in the picture/frame?". It takes an image and predicts the object in an image. For example, in the pictures below we can build a classifier that can detect a person in the picture and a bicycle. 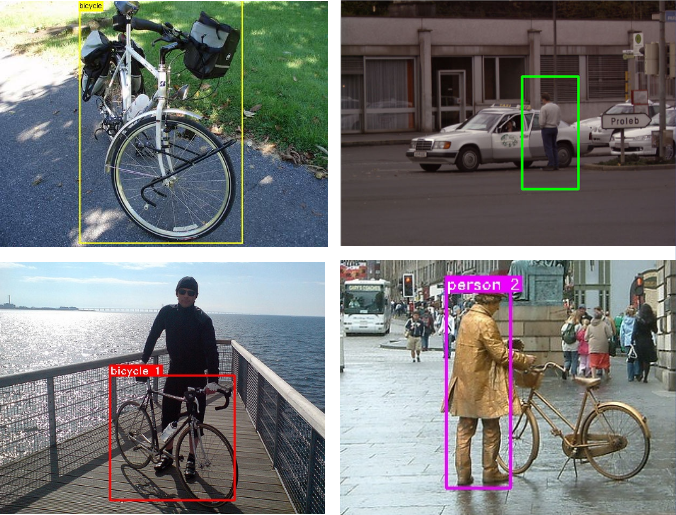 But if both of them are in the same image then it becomes a problem. We could train a multilabel classifier but we still don’t know the positions of bicycle or person. The task of locating the object in the image is called Object localisation.

Why we need object detection?

Object detection has its own place and it is used as follows:

In this approach, we define the features and then train the classifier (such as SVM) on the feature-set. Following are the machine learning based object detection techniques:

SIFT was created by David Lowe from the University British Columbia in 1999.The SIFT approach, for image feature generation, takes an image and transforms it into a large collection of local feature vectors. Each of these feature vectors is invariant to any scaling, rotation or translation of the image. There are four steps involved in the SIFT algorithm:

These resulting vectors are known as SIFT keys and are used in a nearest-neighbour approach to identify possible objects in an image. 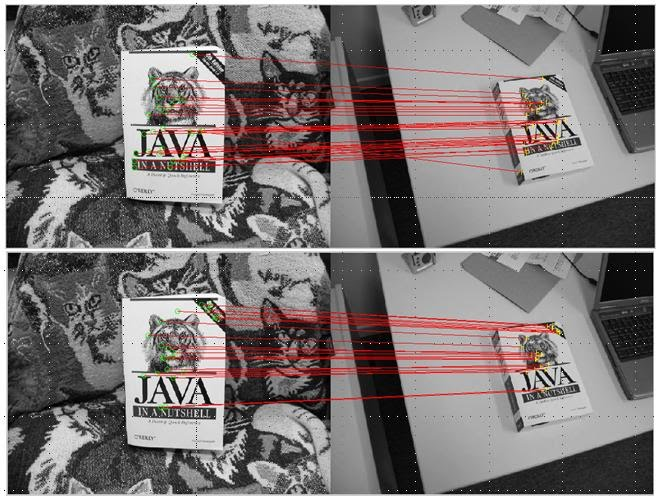 Deep Learning techniques are able to do end-to-end object detection without specifically defining features, and are typically based on convolutional neural networks (CNN). A Convolutional Neural Network (CNN, or ConvNet) is a special kind of multi-layer neural networks, designed to recognize visual patterns directly from pixel images.

CNNs were too slow and computationally very expensive. R-CNN solves this problem by using an object proposal algorithm called Selective Search which reduces the number of bounding boxes that are fed to the classifier to close to 2000 region proposals.

In R-CNN, the selective search method developed by J.R.R. Uijlings and al. (2012) is an alternative to exhaustive search in an image to capture object location. It looks at the image through windows of different sizes, and for each size tries to group together adjacent pixels by texture, color, or intensity to identify objects.

The main idea is composed of two steps. First, using selective search, it identifies a manageable number of bounding-box object region candidates (region of interest). And then it extracts CNN features from each region independently for classification.

R-CNN was improved over the time for better performance. Fast Region-based Convolutional Network (Fast R-CNN) developed by R. Girshick (2015) reduced the time consumption related to the high number of models necessary to analyse all region proposals in R-CNN.

YOLO divides each image into a grid of S x S and each grid predicts N bounding boxes and confidence. The confidence score tells us how certain it is that the predicted bounding box actually encloses some object.

Over time, it has become faster and better, with its versions named as: YOLO V1, YOLO V2 and YOLO V3. YOLO V2 is better than V1 in terms of accuracy and speed. YOLO V3 is more accurate than V2.

SSD model was published (by Wei Liu et al.) in 2015, shortly after the YOLO model, and was also later refined in a subsequent paper.

Unlike YOLO, SSD does not split the image into grids of arbitrary size but predicts offset of predefined anchor boxes for every location of the feature map. Each box has a fixed size and position relative to its corresponding cell. All the anchor boxes tile the whole feature map in a convolutional manner.

What makes YOLO and SSD algorithms different from all the other deep learning algorithms?

Algorithms for object detection can be based on classification or on regression.

Algorithms based on Classification first select interesting regions in the image and then classify those regions using CNNs. R-CNNs, Faster-RCNN and its imrpoved alogrithms come under these type of algorithm.

Algorithms based on Regression predicts classes and bounding boxes for the whole image in one run of the algorithm.They reframe the object detection as a single regression problem. Yolo and SSD are most popular examples of these type of algorithms

Principle behind histogram of oriented gradients is that local object appearance and shape within an image can be described by the distribution of intensity gradients or edge directions and hence, can be used for object detection

In this article, we will explore how to build a simple API in Node.JS. We will cover the basics of an API before going into the implementation details.