One of the most important algorithms in computer graphics and procedural generation is Perlin Noise. Perlin Noise is an algorithm that generates textures and terrain-like images procedurally (without the need for an artist to manually create the images). Ken Perlin is the creator of this algorithm, for which he also won an Academy Award in 1997.

What is a noise function?

There are numerous natural objects in the environment, like mountains, clouds, terrains, etc. that have some randomness in their texture. This randomness gives them their nature-like appearance. To mimic this appearance, we use algorithms like Perlin Noise. Using a procedural generating system like Perlin to generate random numbers, it is easy to reproduce the appearance of objects found in nature. Noise functions in such cases help in generating "noise" i.e random numbers by generating random variations in computer-generated models.

Completely random noise or numbers that are completely random in the computer-generated model don't look that natural. This is because even though natural objects have randomness in their texture, they also have some structure. The objects present in the natural environment also have some patterns that repeat. The variations present in their texture and their intensity depends on the size of the scale they are viewed in. At different scales, we see different repeating patterns and these patterns are many times similar to each other at different scales. This is also known as self-similarity and the concept of Fractals deals with such self-similar patterns. In such cases, Perlin noise helps in generating pseudo-random variations. It generates numbers that appear random but aren't actually, which helps to give computer-generated models a more natural appearance.

Let's create a Perlin noise graph in 2D. Consider a pixel point Z, which is a scalar value. We create a grid with many scaler values like Z, as shown below. 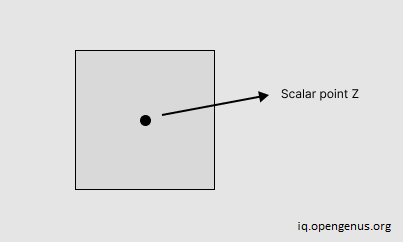 Assume the image we'll generate is like a grid in the image below. 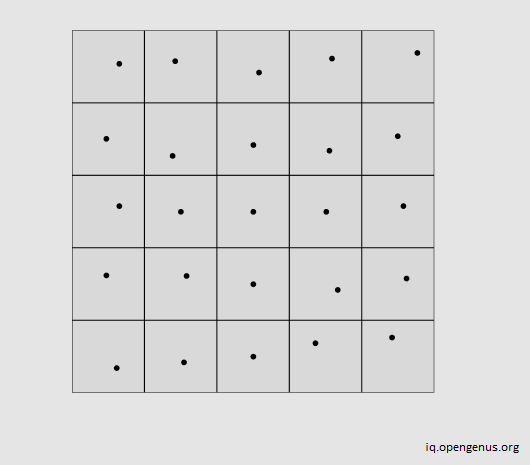 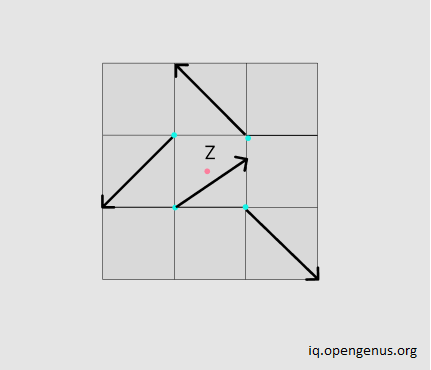 Each gradient vector appears random but is in reality pseudorandom in nature and generates the same gradient value every time we calculate using the Perlin algorithm. 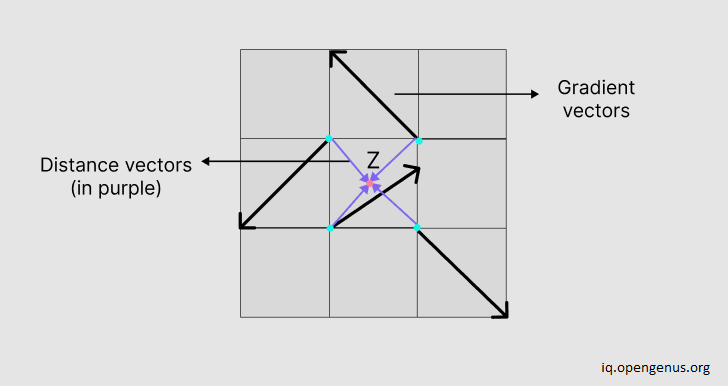 The Perlin graph is almost done, but it won't be smooth in appearance. To do that, we apply the smooth function, given by the equation -

Use the following code to generate a Perlin noise texture.

We use numpy and matplotlib libraries to generate a Perlin texture image.

The code above generates the following image - 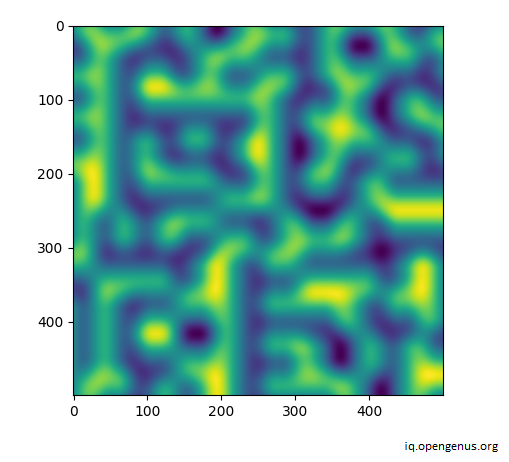 Creating a Perlin image with 2 dimensions requires 4 gradient points. So, creating an image with n dimensions would require 2n points. Calculation happens at each of these points leading to a space requirement and time complexity of O(2n) in the best and worst case.

With this article at OpenGenus, you must have the complete idea of Perlin Noise.

In this article, we have explained how to delete multiple lines in VI / VIM editor in an UNIX system like Ubuntu along with an example.

In this article, we test our understanding of Ethereum with 60 multiple choice questions.