In this article, we have explored the significance or purpose or importance of each layer in a Machine Learning model. Different layers include convolution, pooling, normalization and much more. For example: the significance of MaxPool is that it decreases sensitivity to the location of features.

We will go through each layer and explore its significance accordingly.

Layers are the deep of deep learning!

This is the highest level building block in deep learning 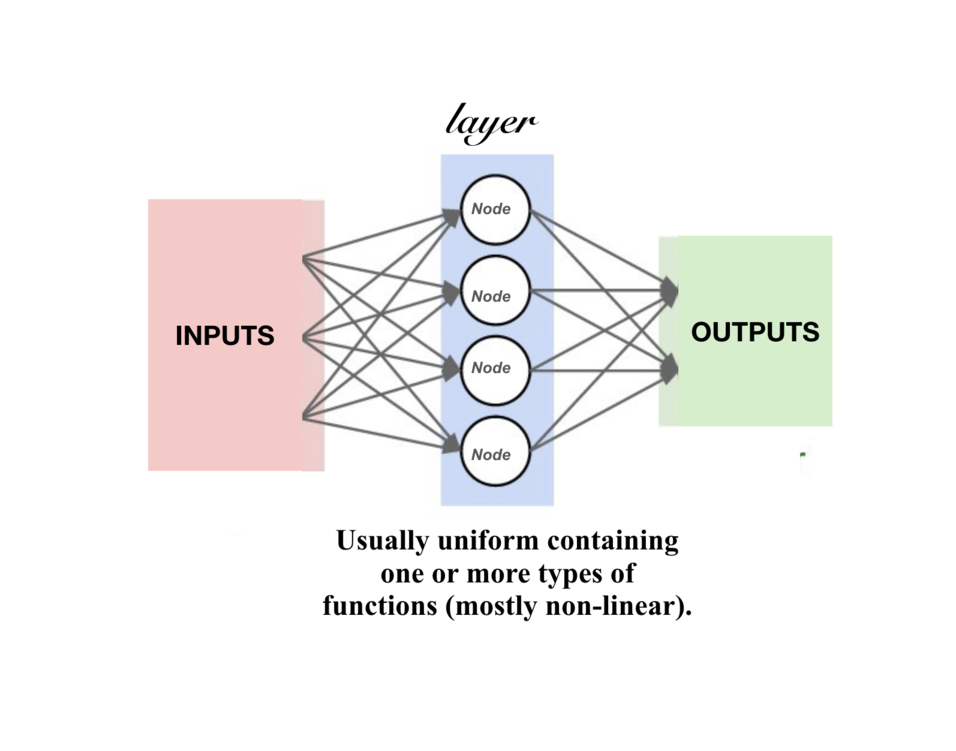 Layers are made up of NODES, which take one of more weighted input connections and produce an output connection.
They're organised into layers to comprise a network.

Many such layers, together form a Neural Network, i.e. the foundation of Deep Learning.

By depth, we refer to the number of layers.

A variety of functions are performed by a variety of layers, each layer possesses its own utility and significance.

It has been mentioned above in a particular flow, not particular to any network though, but for understanding point of view.

You see, every layer plays a pivotal role! Below, let's cover them in detail!

This is the most fundamental of all layers, as without an input layer a neural network cannot produce results. There is no point of any algorithm where no input may be fed.
They are of various kinds depending on the type of input, as follows

Input layers might as well perform certain functions which enable smoother functioning of the neural network such as:

Normalisation is an approach applied during data preparation to change values of numeric columns in a data set to use a common scale when features in the data have different ranges.

These are the building blocks of Convolutional Neural Networks.

In simplest terms,
It is the application of a filter to an input.

The same filter after being reapeatedly applied to the input may result in a map of activations which is known as feature map, it indicates the locations and strength of detected features in the input, such as an image.

These filters may be handcrafted for various feature detection such as

These are detected by means of a feature map formed.

Subsequent connected layers together form a functional unit, the basis of computer vision!

Example: Below is number detection, on the left shows how subsequent layers are developing different feature maps, and on the bottom right we have the input and on the top right the Output.

The learned features during training of Convolutional Neural Networks also hold enormous power when it comes to pertaining to a specific problem.

These layers may fundamentally too, be of various kinds

We apply activation function f(x) so as to make the network powerful and add ability to it to learn something complex and complicated and represent non-linear complex arbitrary function mappings between input and output.

We can uniquely identify the layer by corresponding activation functions.
Few of them are described below. 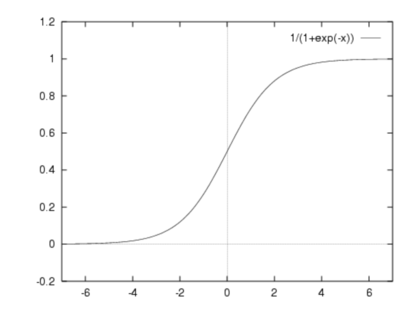 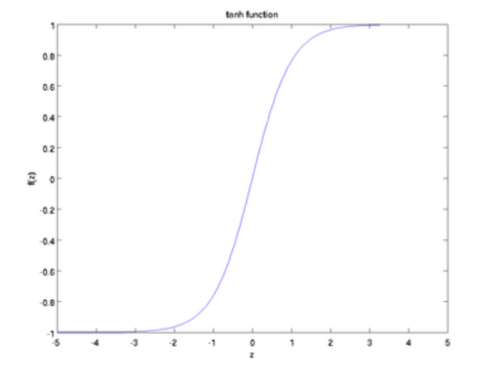 That is the advantage and disadvantage of tanh function 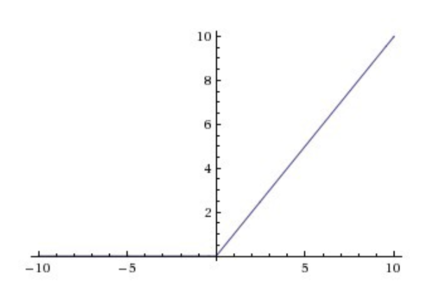 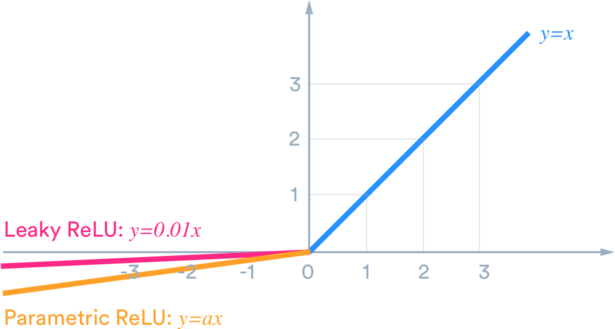 When building a model and training a neural network, the selection of activation function is critical, and you may experiment with a lot of them!

These layers are usually included to deal with the problem of overfitting, i.e. when a neural network models the test set with great perfection, but only works well for the test set and not any general test case.

It crops the volume to the size of input feature map.
Eg. 2DCroplayer, 3DCroplayer

It is different from the resize layer which resizes the shape of the input according to the input feature map. It crops the image. 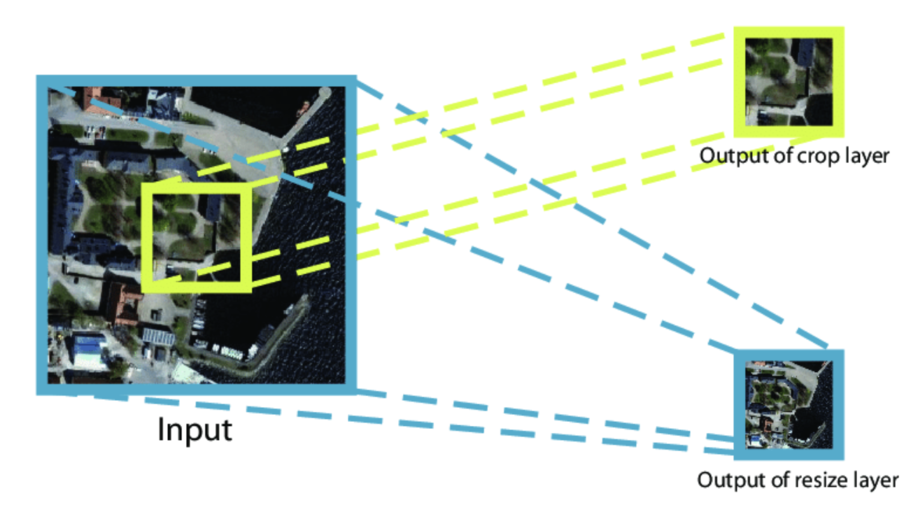 It randomly nullifies input elements. Eg. If elements represent probability, it must randomly sets input elements to zero.
Dropout prevents overfitting due to a layer's "over-reliance" on a few of its inputs and improves generalization.

As prescribed earlier, while discussing input layers, it is a method to scale data into suitable interval.

It generally speeds up learning and yields faster convergence, and thus are preferably used while taking input.
They can be introduced in between, as per programmer's approach too.

Pooling maybe done by different kinds of layers, some of them are :

An average pooling layer down-samples by dividing the input into sub-regions known as pooling regions and computing the average values for each region.

This layer could be made for 2D input, 3D input etc. taking average of region or by computing the mean of the height and width dimensions of the input.

A max pooling layer down-samples by dividing the input into sub-regions known as pooling regions and computing the maximum for each region.

The sub-region maybe rectangular for a 2D input layer, cuboidal for a 3D input layer. It could also perform down-sampling by computing the maximum of the height and width dimensions of the input.

The possibilities with layers are enormous. That is what brings glory to neural networks, and is the key to enhancement and enrichment.
Above are some of the standard layers, you could also

Which of these layers you cannot find in a CNN ?

Convolutional Layer
Pooling layer
ReLu Layer
They all may exist
There are no particular rules to which layer goes where and images are ultimately a numeric matrix and all numeric calculations are possible on it. That is how we interact with them!

And there you have it, you've have been briefed through the significance of various famous layers and their impact on your neural networks!
Now you may explore more as you better understand your neural network and can enhance your efficiency!!

In this article, we have explored the difference between MaxPool and AvgPool operations (in ML models) in depth. In short, in AvgPool, the average presence of features is highlighted while in MaxPool, specific features are highlighted irrespective of location.

The variable scope in Python is the part of a program where a variable is accessible. A variable can be accessed within the region it is defined, we call this it's scope.