The variable scope in Python is the part of a program where a variable is accessible. A variable can be accessed within the region it is defined, we call this it's scope.
Understanding this concept enables a programmer to avoid logical errors when defining functions, naming variables and modifying variables. In this article we'll discuss and demonstrate global and local variable scopes.

Variables defined outside any function or code block are global variables and they're available throughout all parts of the program. They form part of the global scope and can be accessed and modified within all functions and code blocks. It is recommended to avoid defining global variables as logical errors could occur and undesired values would be produced if a local variable has the same name as a global variable.

Variables defined within a function are local variables and they're available only within that function. They form part of the local scope of a function and may not be accessed or modified from outside this function.

The parameter names of a function contain the values the user pass into that function when it is called. They behave like local variables and are only accessible from within that function. 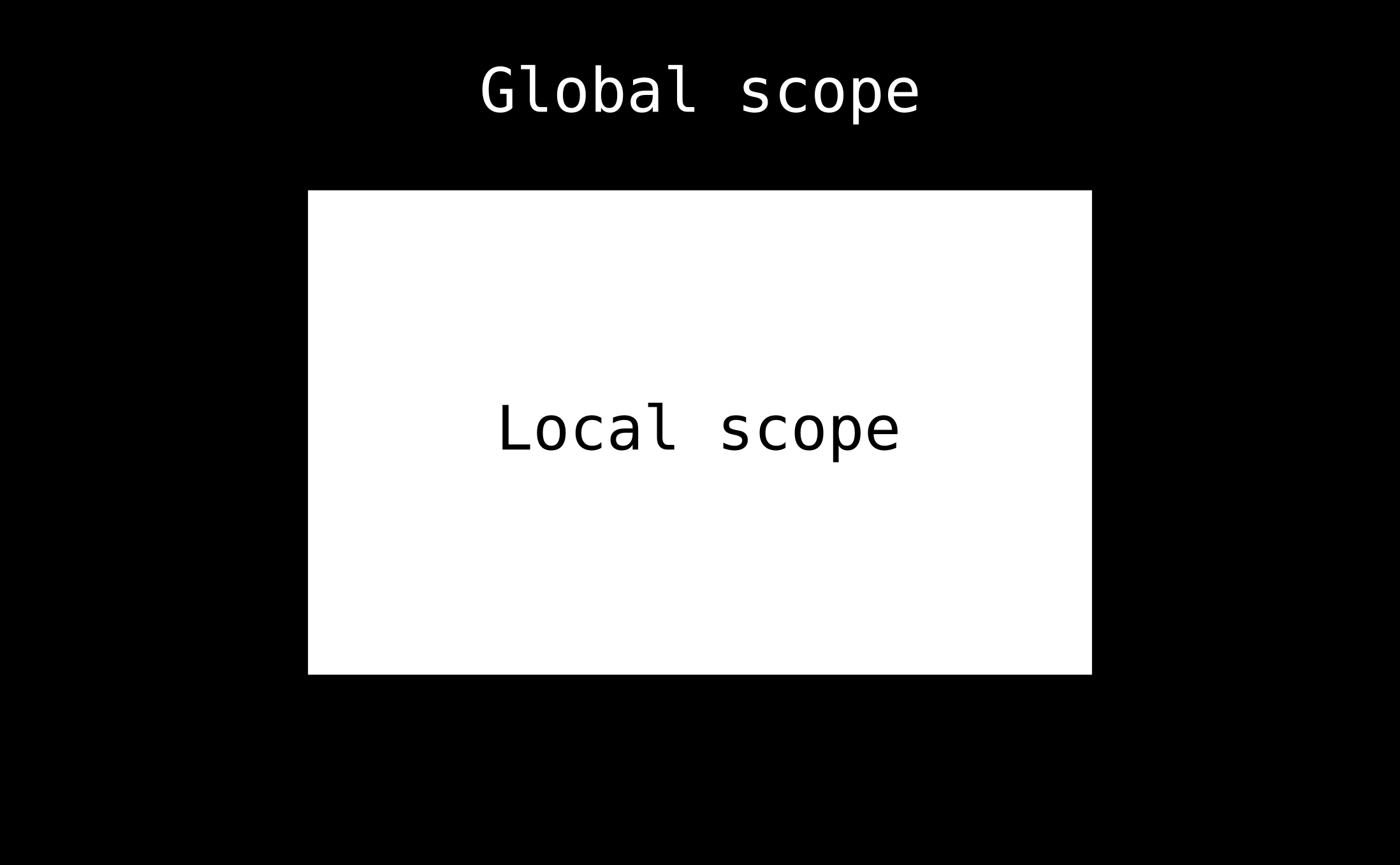 In this example the global variable a is defined and printed. Variable a is outside any function definition and so its is accessible throughout the complete program. The number 1 is the output of this code.

In this example, the function can access and print both the global variable a and its own local variable b. Variable a forms part of the global scope and variable b is local to the function.
By running this code the numbers 1 and 2 are printed vertically on screen.

Nested functions and the global scope

Is a local variable accessible from outside its function?

No
Yes
Depends on data type
Depends on function
A local variable is accessible only within its function, not outside. It forms part of the local scope of that function.

Is a global variable accesible within a function?

Yes
No
Depends on data type
Depends on function
A global variable is accesible throughout all parts of a program. It forms part of the global scope.

In this article, we have explored the significance or the importance of each layer in a Machine Learning model. Different layers include convolution, pooling, normalization and much more. For example: the significance of MaxPool is that it decreases sensitivity to the location of features.

Scrapping Information is used to extract useful information from YouTube videos. This article will help you achieve to create functionality for scrapping information from the videos at YouTube using Puppeteer and Cheerio.