Over the past decade, deep learning field made tremendous progress in developing intelligent systems that can learn from massive amounts of carefully annotated data to solve industry problems. This paradigm of learning is called supervised learning. Successful supervised learning applications need large annotated datasets which is sometimes impossible/very hard to acquire since the annotation process is tedious, time consuming, expensive and error-prone. Furthermore, these applications lack the skill to generalize well on new distributions that are different from the training distribution.

For these reasons, it is impossible to further advance the deep learning field by only relying on supervised learning paradigms. We need intelligent systems that can generalize well without the need for labeled datasets, so how are researches evolving toward this goal?

To answer the question asked earlier in the introduction, we should first review the learning approaches that are available to see what are their limitations and how to overcome them.

Supervised learning is a machine learning approach that aims to train a model using labeled data, to perform a desired task. The aim of the labels is to give a feedback about the predictions in the training phase.

In real life, this method of learning can be described as the following situation: students learning about a topic only through exercise examples and their solutions.
The problem with this method of learning is that it performs well only when the training dataset (in the given situation: the exercises given to students and their solutions) have all the possible cases of the problem, elsewhere if the model is given a situation that never was in the training dataset, it will be incapable of generalizing. In addition to that, in some cases it is just impossible to annotate all possible cases of a problem, which is why this method of learning is ineffective in such situations. Instead, we need a method that can learn from unstructured (unlabeled) data.

Unsupervised learning is a machine learning approach that trains model to find the hidden patterns in the unlabeled dataset and unlike supervised learning, this technique doesn't have a feedback loop. An example of that is giving a child a set of objects with different shapes and colors and asking him to order them the way he thinks it's more suitable. 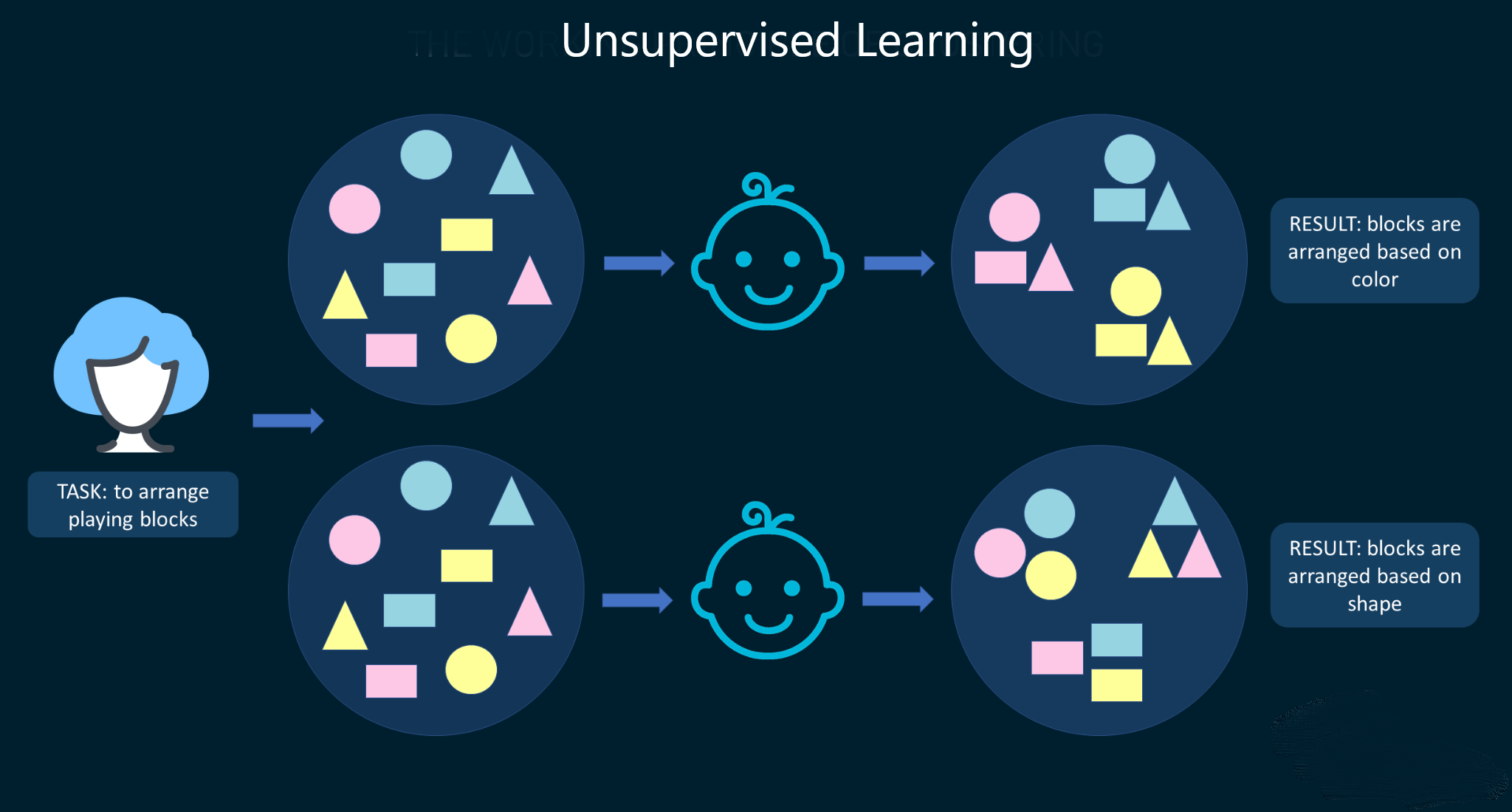 The child then might end up categorizing them by shape or by color. However, this learning method is only good for clustering and dimensionality reduction and doesn't perform well on more complex tasks like classification or regression since it has no guidance or feedback about the task that should be done.

With that being said, so we need an algorithm that does need a feedback loop like supervised learning but doesn't require labeled data.

Before diving to what SSL is let's first understand how humans learn. As babies, humans first start observing the world around them to understand how it works. Then they form predictive models about objects in their environments. Later in life, they observe their environment, act on it and then observe again. They learn through trial and error. Then comes the question, how do humans construct generalized knowledge about the world? well, the answer is common sense.

Common sense makes people rely on their previous acquired knowledge about the world and learn new skills without requiring massive amounts of teaching for every single task.

From this idea of Common Sense that the concept of Self-Supervised Learning was created.

SSL is a predictive learning process that generates supervisory signals by making sense of the data provided to it in unsupervised fashion on the first iteration. In other terms the machine will be provided some parts of the data and it will be asked to generate labels or to recover whole, or parts or merely some features from the inputs. An example of that is used in NLP where the machine is given a part of a sentence and it is asked to complete the rest of the sentence.

However, someone might think since we have no labels, why don't we classify this method as unsupervised learning ?

3. How does Self-Supervised Learning work?

In order to train models using SSL, it is important to wisely choose an adequate objective function. In the following sections we will cover the evolution of the loss functions that have been used with SSL along with the needed architectural components.

An EBM is a trainable system that computes the compatibility between two given inputs x and y using a mathematical function called the Energy Function. This Energy Function plays the roll of the loss function. What does that mean? it means the goal is to minimize this function. So when the energy is low the inputs are said to be compatible and when the energy is high the inputs are said to be incompatible. 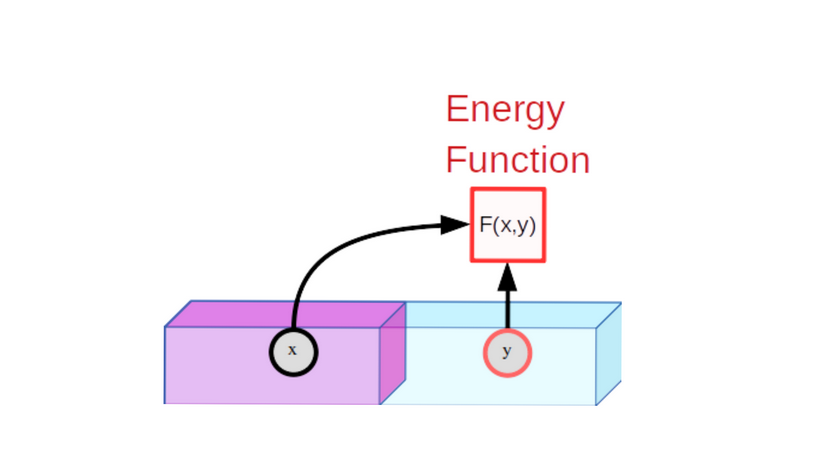 Energy Function of an EBM. [1]

An example of this method in computer vision, is feeding the model two images that are distorted version from the same image. Say for example one is an image of a cat and the other one is an augmented version of this image: it may be a zoomed version or a version where a Gaussian noise was applied to it for example. The model will then be trained to produce a low energy on these images.

A suitable architecture for such application is the Joint Embedding Architecture that is described in the next section.

It is also called Siamese Network. It is an EBM model, that is composed of two parallel identical networks that are joined with a third module in the head of the network.

The two inputs x and y are fed to the two networks. Each network calculates an embedding (representation) of its input and the third modules computes the Energy Function as a distance between the embeddings 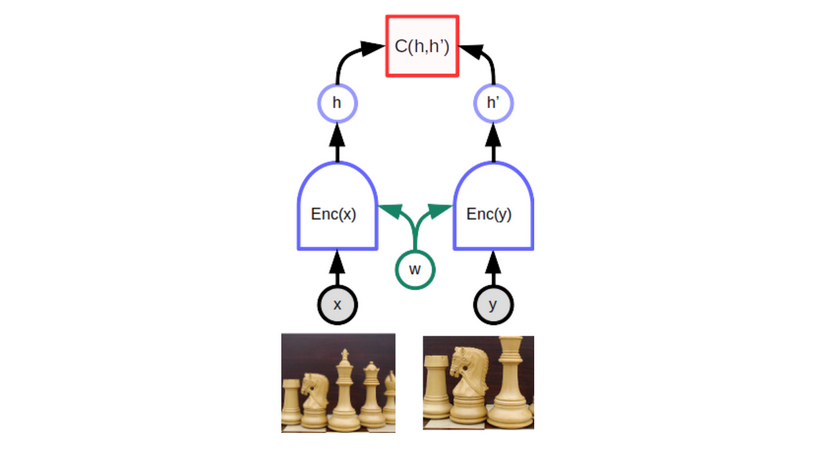 Since incompatible inputs might yield similar embeddings, then maybe we should have more control and try to construct incompatible (contrastive) pairs x and y from the data, then adjust the weights of the model to output large energy.
This idea was first used in NLP, where the network of embeddings was replaced by a predictive model .The model was first given a text y, then it was corrupted by removing some words to construct an observation x.

The neural network that is used to do the reconstruction is called the denoising auto-encoder which have the architecture shown in the figure bellow.

The predictions of the model is a series of scores for every word in the vocabulary for each missing word location.

Someone might ask how is contrastive learning applied in computer vision? It is difficult to apply this technique in computer vision since it's quit hard to generate a set of all possible contrastive examples of an image (There are many ways an image might be different than another image). However, there are some promising research in this direction like: Contrastive Predictive Coding (CPC), Instance Discrimination Methods and Contrasting Cluster Assignments.

Non-Contrastive Self-Supervised Learning (NC-SSL) is mostly used in computer vision. The method use only positive examples without using any contrastive (negative) examples. Despite this sounds counterintuitive, since we try to minimize only positive pairs we may end up in a collapse situation. However, NC-SSL showed to be able to learn non-trivial representations with only positive pairs. With that being said, two questions may arise:

The answer to the first question is that NC-SSL enforce implicit contrastive constraints to avoid collapse situations by using BatchNormalization, de-correlation, whitening, centering, and online clustering. In addition to that algorithms like BYOL and SimSiam use an extra predictor and stop gradient operation.

The answer to the second question is in [2]. Since non-contrastive learning doesn't use negative (contrastive) examples, the joint embedding architecture becomes linear. The authors of [2] show that a desirable projection matrix can be learned in a linear network settings and helps reducing the sample complexity on downstream tasks. Furthermore, their analysis shows that weight decay plays an important role in NC-SSL since it acts as an implicit threshold that discards features with high variance under data augmentation and keeps only features with low variance.

SSL has been widely used in NLP and computer vision tasks, bellow are some examples.

SSL was used in many application like histopathology image classification[3] for cancer detection, organs segmentation in XRay and MRI images. 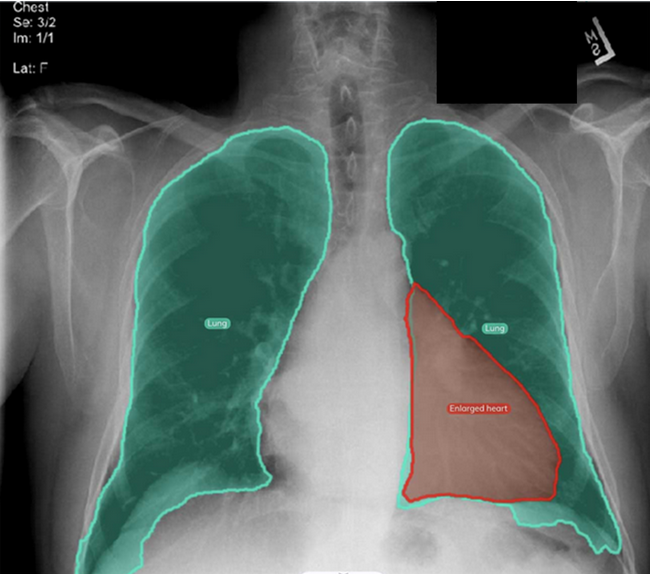 SSL can also be used to automatically colorize grayscale images or videos.
the task boils down to mapping the given grayscale image/video to a distribution over quantized color value outputs. 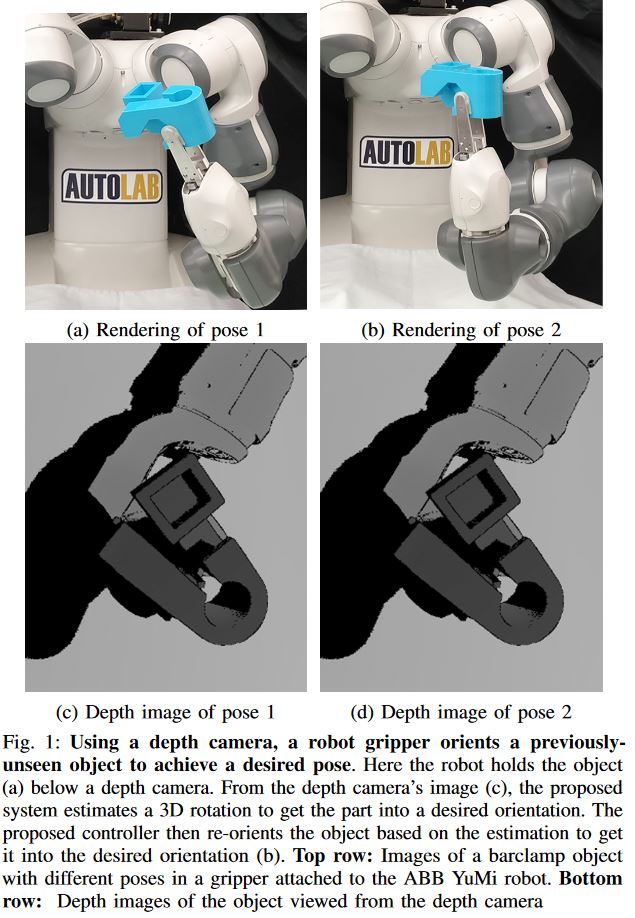 Meta (Facebook) uses SSL in proactive detection of hate speech in many languages [1].

5. Pros and cons of Self-Supervised Learning

SSL was popularized by its application in NLP when it was used with transformers like BERT to do tasks like text prediction. However, it is still an area under research and has its own benefits and downsides.

To wrap up what have been covered in this article at OpenGenus here are some key takeaways:

In this article, we will be discussing about the problem "Extreme nodes in alternate order in a Binary tree" in detail. This involve the concept of Breadth First Search (BFS) and level order traversal.

In this article, we will explore overfitting and how to avoid it. Overfitting is an important concept for you to learn so that you can develop reliable models for your needs.