In this article, we have explored how to design the classical Snake Game using Object Oriented Programming (OOP) concepts and implement it using Java.

Let us start immersing ourselves into it by fueling ourselves with some Nostalgia. Below is Snake Xenzia the Nokia. 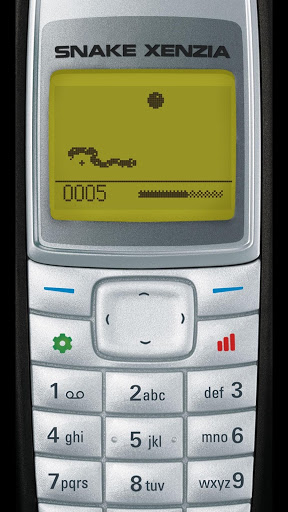 The classic game that we are all acquainted with is actually surprisingly simple to implement and understand.

So lets get this straight, What do we need in our snake game?

Now that we're clear with what makes a Snake Game, lets look at it with an object oriented approach. What classes do we need?

A Snake Class for the snake. We want to
--> Know and maintain the size of the snake.
--> The ability to control movement of the Snake
--> Check whether it did not hit a Wall.

So it shall contain the following functions:

While food seemed intuitive to me while thinking, cell feels intuitive to me for working! Why so?
Our boards, consistes of various cells, A cell at random will be proclaimed as the cell containing food. The identify of food is random, but identity of cell is meaningful, so I would rather make a class Cell than food.
Cells are also important to kep track of position of the snake!

Hence its member functions include

It is the set of valid points for the game to function on, qualitatively a matrix of cells.
While the cells revert to the questions, being the collection and home of cells, the board needs to ensure the cells get satisfiable answers

It will contain the following functions

This is the meaty part of the code, our primary logic, the game!
It needs an instance of

This also needs to contain the following
--> Ability and logic to use the classes we make and conduct a game!
--> Know when the game is over

So the following functions will be required:

Now that we are clear with the what and what not of the game, lets start coding!

Cell
The most basic element, we only need private data members as discussed and public methods to set and retrieve them.

Board
For the board, it must contain a 2-Dimensional array of cells, which we need to initialise in its constructor. Thereby it is meaningful to maintain the ROW_COUNT and COL_COUNT for a board, which shall be passed to the constructor.
We also need a method to randomly designate a cell as Food along with some methods to set and retrieve cells.

Snake
We will be representing the snake with a Linked List, that is because it has O(1) insertion, which helps us increase the size of the snake at the pace of the game!
We need to add elements at the tail and retrieve position with the head.
This is a FIFO approach, i.e. represented by a Queue that we are implementing with a Linked List.
We need to create methods for

Game
Credits to the classes we've made so far the forthcoming section is actually surprisingly easy!

We need a class Game, which contains data members to take care of the snake and the board.
We need a set of fixed directions for movement, and a direction member to determine movement.
Along with a boolean to check for the game to be over!

One characteristic is that, even though direction of movement is somewhat characteristic to the snake, the position is actually attributed to the cell, which is a part of the board. Since we have the snake as well as access to current values here, and have also added direction members here, it seems right to and modular to maintain directions here.

You are welcome to compile and run them together, maybe even develop a friendly interface and actually play it!
You see, the way to solve a problem is logically breaking it into smaller problems. Now go ahead and maybe build another game, or break down your own game into smaller fragments and implement it!

Regex Expressions are a sequence of characters which describe a search pattern. It is generally used for 'find', 'find and replace' as well as 'input validation'. This article shall focus on how to write a Regex Expression in Java.