Space partitioning trees are Tree data structures drawn by partitioning the space. It is a method, of dividing any space into non overlapping regions. Any point may be identified in that region, which helps in organising user data according to their spatial position.

They primarily deal with loactions in any n-dimensional space, and are represented through a variety of trees. Following are few trees, which shall give you an idea about what is this all about and how does this work.

Binary space partitioning tree is a tree where each node recursively divides space into two .
It is a hierarchial subdivision of an n-dimensional space into convex subspaces. BSP trees may perform addition, deletion, movement a little costlier but search is very efficient.

Root node -> All the space available
All other nodes -> A limited, subdivision of parent node's space

We will be looking at a 2-D plane for this explanation.

Firstly, a partition hyperplane needs to be selected

This divides the space into two subplanes, namely the front and the back.
These two planes maybe further subdivided to get more subplanes.

This process is recursively repeated at the back and front of each node list, untill we reach distinct nodes. 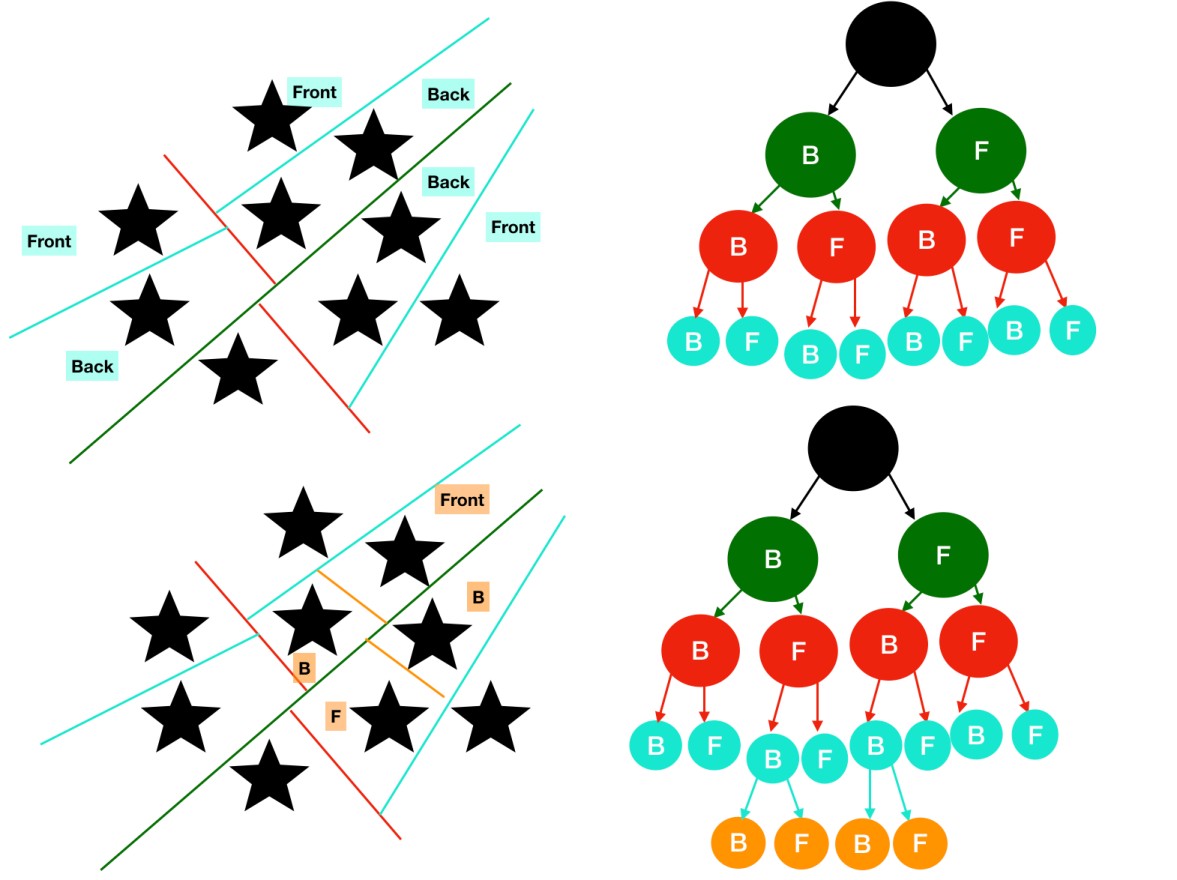 Now, the recursive alogrithm for the same, may seem very easy to understand

Note - Since, recursion may not give the best performance, mostly tree calculations are done priorly.

It finds major applications in geometric modelling.
With this, you may have an idea about, Binary Space partitioning trees.

As the name contains "Quad" and we're discussing "Partitioning Trees", it is evident that in this tree, each internal node contains exactly four children.

Below, Quad Tree Compression has been illustrated. The image is being compressed such that each partition is being subdivided into four partitions. The left image, also displays the partitions whereas the right image shows the compressed image.

You may observe that every partition is being subpartitioned untill requisite visibility and sharpness has been attained.

This is just one of the many applications of quadtrees.

This may also be used to efficiently store data points in a 2-Dimensional space.

Following is a Point-Region Quadtree. 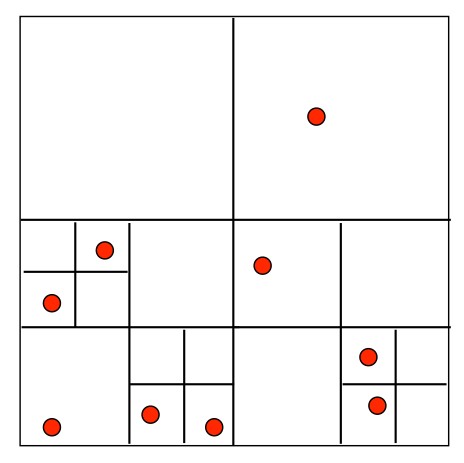 A region is subdivided untill it contains one or no point.

The tree is formed as follows

The algorithm for the insertion maybe

It is an important method in Computational Geometry, and finds several applications such as games, physically based simulations and generate "smart" meshes.

As the name suggests, and is also more obvious after just going through Quadtrees,
In Octree each internal node contains exactly eight children.

It finds primary application in 3-Dimensional space, as it divided tha space into 8 octants (rather than 4 quadrants).

It is also useful in dealing with coloured photos, as they contain of RGB (Red-Green-Blue), i.e 3 colours, and 2^3 equals 8.

The algorithm for the insertion maybe

They find application in representing a 3-dimensional space and used in 3D Computer Graphics. It is also used for nearest neighbour search which can be easily done in logarithmic time.
Read more about Octrees

Following is a space representation of the same, and the tree so formed. 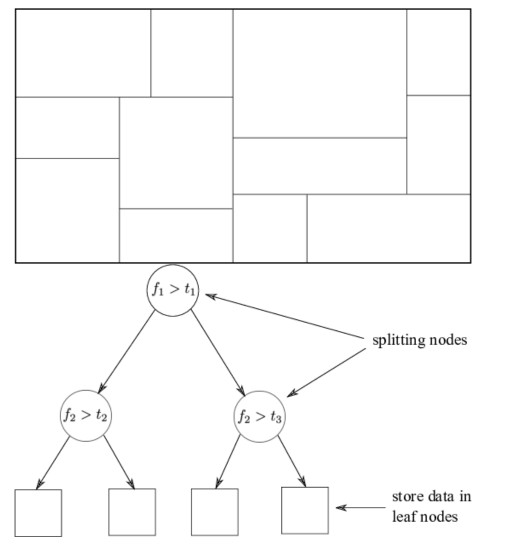 The two spaces each non-leaf node divides (just as we saw in binary space partitioning tree, but in a k-dimensional space), divides the space in two parts, known as half spaces.

Each level has a cutting dimension.

Insertion maybe observed according to the following algorithm

On the left you may see the input of points and on the right is the output arrangement.

With this, you must have an idea of how do k-d trees function.

These are some of the space partitioning trees, there are more of them too! Namely

Anytime you deal with a program requiring spatial position, you must come across space partitioning trees, these are some of the most classic and useful trees with very efficient search algorithms for an n-dimentional space.

ResNet50 is a variant of ResNet model which has 48 Convolution layers along with 1 MaxPool and 1 Average Pool layer. It has 3.8 x 10^9 Floating points operations. It is a widely used ResNet model.

In this article, we have explored Object Oriented Programming (OOP) concepts in Dart such as classes, objects, data encapsulation, inheritance and polymorphism.