Voting classifier is one of the most powerful methods of ensemble methods which we will explore in depth in this article. We will get a general idea about ensembling and then, dive in Voting classifier with a code example with SkLearn library.

When learning anything new or highly important, it is always a good practice to refer multiple resources before counting on that. Similarly, in case of a classification problem in machine learning, it is really good to make use of multiple models before taking any decision(especially in case of high value business decisions).

You can learn about them here

Which of the following is not an ensemble method in scikit learn?

Voting classifier is one of the most powerful methods of ensemble methods. Many researchers and business people have adopted it because of the following nature.

There are two types of voting classifier:

It takes the result of multiple classifiers and combines them in specific ways which we will explore now.

Voting represents the methodology we will be using to evaluate various models trained. There are two methods of voting:

Here, the predicted probability vectors of each models are summed and averaged. The class with the highest value will be the winner and is given as output. Though this seems fair and logical, it is only recommended if the individual classifiers are well calibrated. This method is similar to finding the weighted average of a given set of values where each of the individual models have its proportionate contribution to the resultant output vector.

Thus, this method harnesses the value, evaluation criteria and potential of each of the method used.

In the following image, the similar method is applied for a classification problem of three classes. 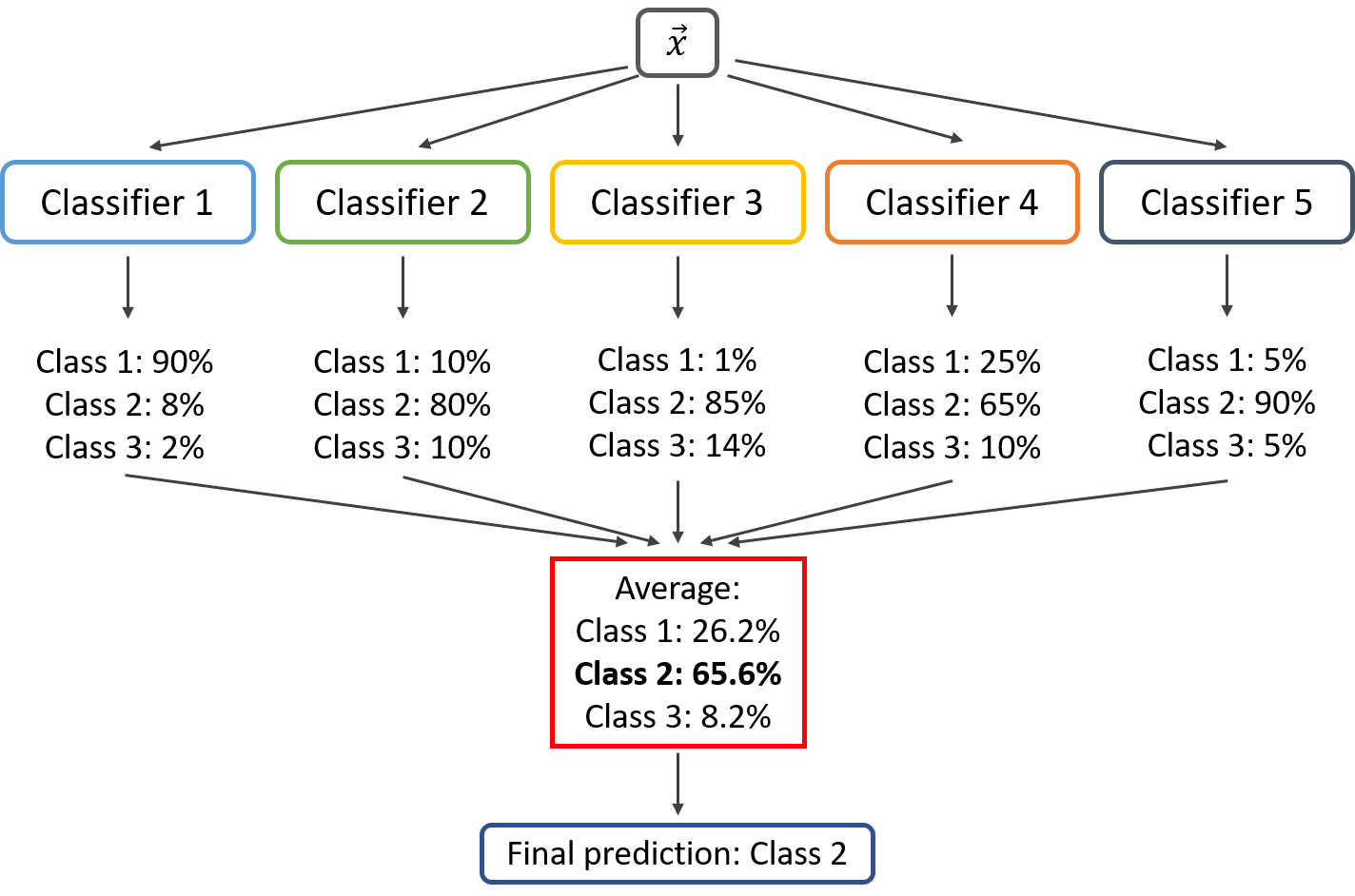 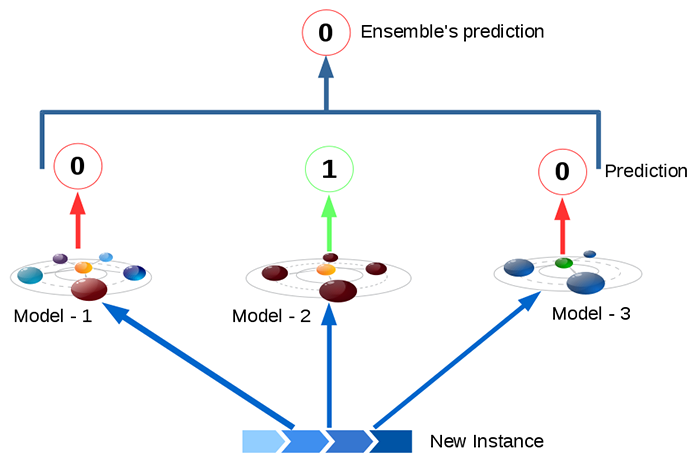 The main syntax for Voting Classifier is given below:
sklearn.ensemble.VotingClassifier(estimators=classifier, voting='hard')

Estimator is a parameter used to invoke what are all the fitting model that we have used and clone them to power the Voting Classifier. It can be seen a list of books that we will be referencing(analogy to our example of books in introduction).It includes all the models that we want to perform voting classification. For example, look at the following code.

But we have to be careful in choosing the different model. We have to make sure that they do not follow similar mathematical technique.

Voting classifier is a powerful method and can be a very good option when a single method shows bias towards a particular factor. This method can be used to derive a generalized fit of all the individual models. Whenever we feel less confidence on any one particular machine learning model, voting classifier is definitely a go-to option. Its applications ranges from high precision required places such as rocket science, medical science etc. and other conditions where high detailing is not mandatory.

A pointer in C and C++ is a variable that contains a memory address which is usually the address/ location of another variable in the memory.

Build is the process of creating a working program for a software release. It is achieved by taking relevant source code files and further compiling them to create a build artifact (like : executable).