In this article, we have explored what is algorithm (meaning of Algorithm) along with its technical definition, different types and other core Algorithmic ideas. 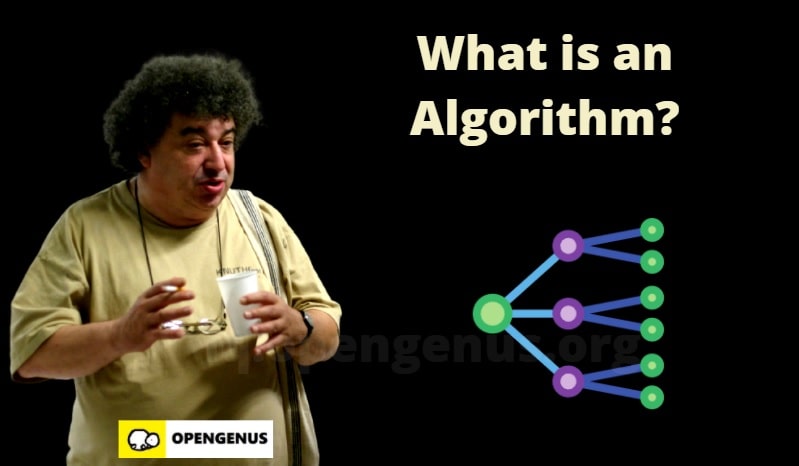 Algorithm is an ordered well defined series of steps that can be followed to solve a problem. A problem can be finding a definitive answer or a yes or no decision.

An Algorithm may save temporary data which it might use during its steps. It may even take an input data to work on. Algorithm can be viewed as a set of instructions.

Example of such algorithms are Sieve of Eratosthenes and Sieve of Sundaram. The temporary data is known as sieve in these algorithms. 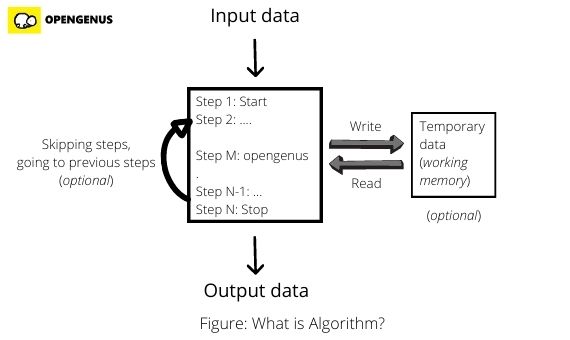 Following is an example of an algorithm to find the difference of two numbers:

Example of an algorithm to find factorial of a number N:

Example of algorithm to find the larger of two numbers:

An Algorithm can be implemented in a real system for use as:

A computation process that can be represented by an algorithm can be converted to a Turing Machine.

In simple terms, an algorithm is a series of steps that can be followed by a Turing Machine. A Turing Machine is a simple theoretical model consisting of a tape and pointer.

To solve the 10th Hilbert Problem, one needs to understand what is meant by an algorithm. In fact, there have been different definitions and all have proved to be equivalent. Some definitions were:

Finally, it was agreed that an Algorithm is based on Church Turing Thesis which said:

"Any computational process can be considered as an Algorithm if it can be converted to a Turing Machine." Note: This does not hold true as of now.

There are Different types of Algorithms such as:

The algorithms are classified based on the core approach to solve problems.

Examples of prominent Algorithms are:

Are there Algorithms to solve every problem?

Not all Computational problems can be solved by Algorithms. Based on two results "Church Turing Thesis" and "Godel's incompleteness theorem", there exist problems that stay out of reach of Algorithms.

In Computer Science, there exist a class of problems known as NP (Non-polynomial). These problems are difficult to be solved and there exist no optimal algorithm to solve them. In fact, it is proven that if one of the problems is solved by an algorithm efficiently, then all other problems can be solved with the same algorithm. There are algorithms to solve such problems but they would take centuries (>100 years) to run which makes them non-practical.

Algorithm is an interesting domain and research into it has impact several fields and helped Computer Science emerge as a dominating subject of Science.

We use the dmesg command to print log messages stored in the kernel ring buffer. In this article, we learn about this command through various examples.

In this article, we are going to discuss different methods to iterate a String word-by-word using C++ libraries/techniques.

OpenGenus IQ: Computing Expertise & Legacy
—
What is Algorithm ?
Share this