We will get started with Best First Search algorithm.

What are Searching algorithms?

In 1997 ‘Deep Blue’ an AI beat the legendary Gary Kasparov in Chess , and in 2016 ‘Alpha Go’ defeated the champion of the game Go. The ability of artificial intelligence to mimc humans and surpass their mental capabilties has exceeded over time.

Searching algorithms form the base of such programs , they are utilized in areas like course and cost optimization, action planning, information mining, mechanical technology, independent driving, computational science, programming and equipment check, hypothesis demonstrating and so on.

As it were, a considerable lot of the AI issues can be considered such that the objective is to reach the final goal from an initial point by means of state change rules. So the search space or options are characterised as a diagram (or a tree) and the point is to arrive at the objective from the underlying state through the shortest path.

The searching algorithms can be classified into two types 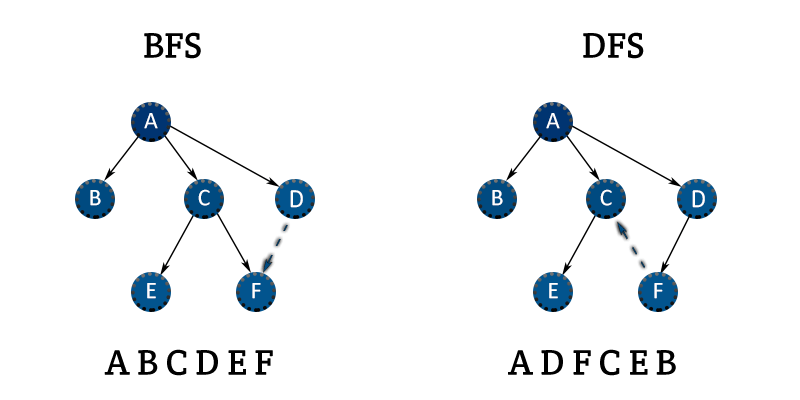 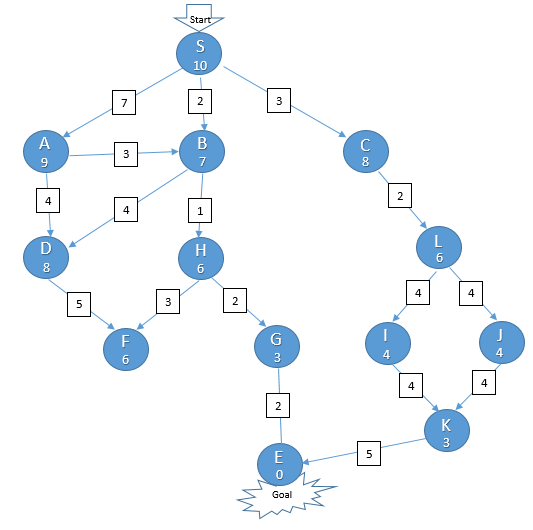 How to perform this algorithm is explained below

What is Best First Search?

Unlike uninformed search where the agent blindly traverses to the next node in best first search a uses an evaluation function to determine which neighbor node would be most appropriate to move to.

It uses the concept of a Priority queue and heuristic search.

This algorithm will traverse the shortest path first in the queue. The time complexity of the algorithm is O(n*log(n)) . 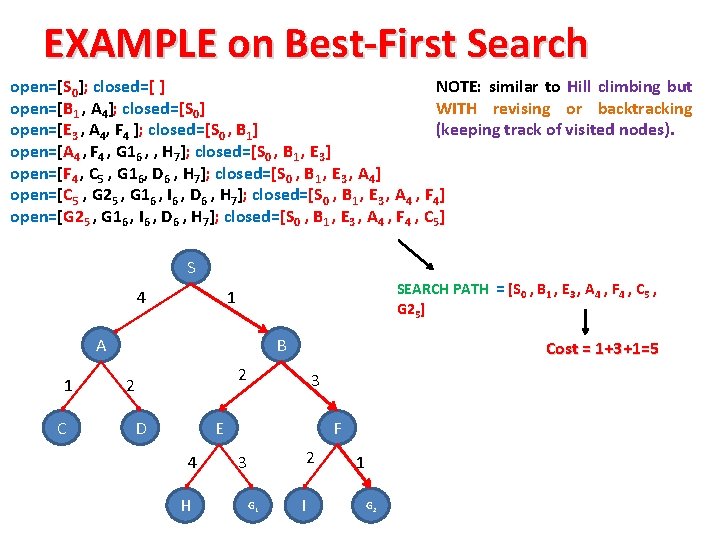 In best first search algorithm system moves to the next state based on heuristics function , the lowest heuristic value is chosen , however in A* algorithm the next state depends on the heurisitic as well as g componenet which is the path from initial to particular state.

The best first algorithm does not consider the cost of the path to a particular state. All it cares about is that which next state from current state has the lowest heuristics.The A* algorithm but conisders the cost of going to that state along with the heuristic.

A* also allows going back to a previous state however in best first search the decision is final.

Greedy builds solution piece by piece always choosing the next node that offers most benefit , the best first search algorithm chooses the next node based on the heuristics function. 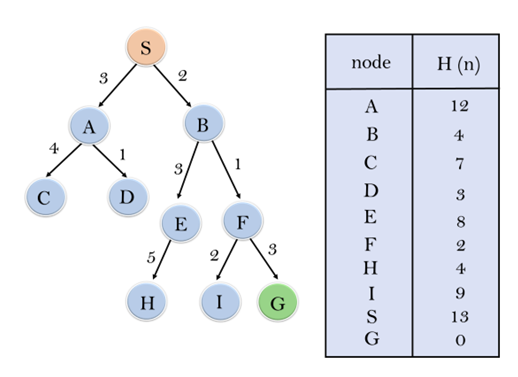 The heuristic value associated with each node has been provided.

We make use of two lists open and close , initally only node S is present in the open list and closed is empty.
Open : [S]
Closed: []

For first iteration we pop node S and move it to the closed list and the neighbor nodes are added to open
Open: [A,B]
Closed: [S]

For second iteration the heuristic value of nodes A and B are compared , since B has lower heuristic it is poped and moved to the closed list.Neighboring nodes of B are pushed to the open list.
Open: [E,F,A]
Closed: [S,B]

For third iteration the heuristic values of E,F and A are compared and since F has lowest heuristic it is added to the closed list.Neighbors of F are added to the open list.
Open: [I,G,E,A]
Closed: [S,B,F]

For the fourth iteration we have our target node in the open list hence we select that and move it to the closed list.
Open: [I,E,A]
Closed: [S,B,F,G] 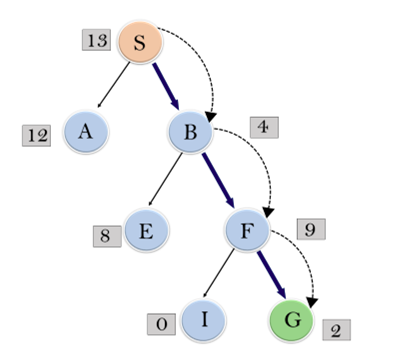 With this article at OpenGenus, you must have the complete idea of Best First Search algorithm.

In this article, we are going to have a look at the A * Search Algorithm , its properties, some of its advantages and disadvantages as well as real life applications.