Brief recap of the pre-requisites:

What is Neural Networks?

Artificial neural networks are computer systems based on the human brain's neural networks. They consist of Node layers; they have an input layer, one or more hidden levels, and an output layer. Each node, or artificial neuron, is linked to another and has its own weight and threshold. When a node's output reaches a specific level, it is activated and begins transferring data to the network's next layer. Otherwise, no data is transferred to the network's next layer.

What is an Activation Function?

The activation function is a simple mathematical function that converts a given input into a desired output within a specific range.

The rectified linear activation function (ReLU) is a piecewise non-linear function that outputs the input directly if it is positive and zero otherwise.

Graphically, it is represented as: 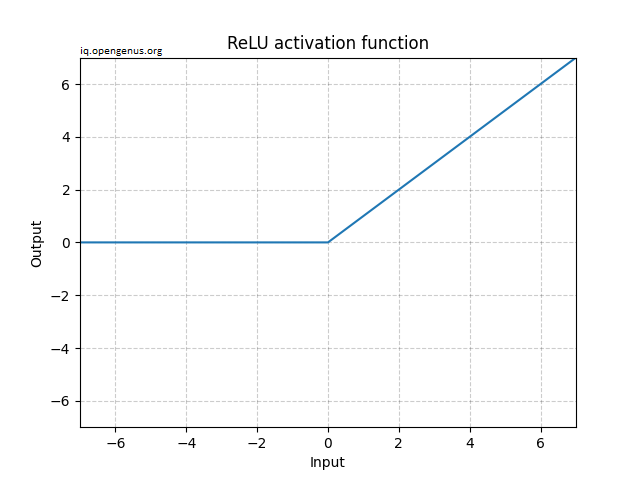 Mathematically, it is expressed as:

If $x$ is larger than 0, the output result is $x$ multiplied by lambda $lambda$. If the input value $x$ is less than or equal to zero, we have a function that goes up to $0$, which is our output $y$, when $x$ is zero. Essentially, when $x$ is smaller than zero, we take the exponential of the x-value minus 1, then we multiply it with alpha $\alpha$ and lambda $\lambda$.

Graphically, it is represented as: 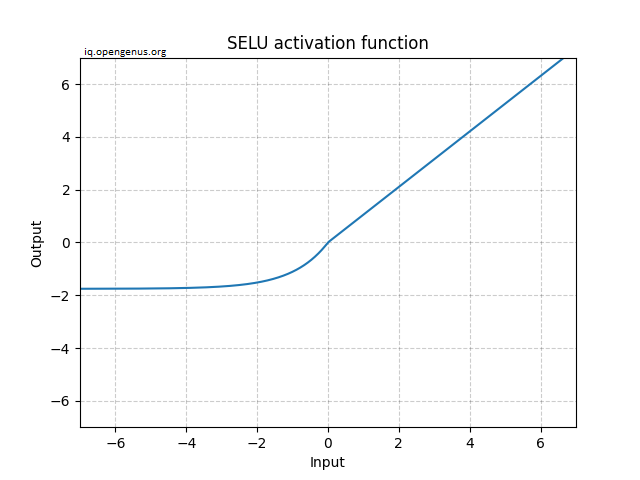 Unlike ReLU, it can get below 0, allowing the system to have a zero average output. As a result, the model may converge faster.

Defining the SELU function to resemble the mathematical equation:

Now, we'll test out the function by giving some input values and plotting the result using pyplot from the matplotlib library. The input range of values is -5 to 10. We apply our defined function to this set of input values.

The output graph will be: 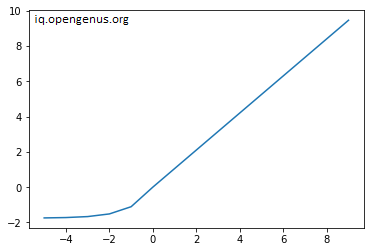 We can see from the plot that all the negative values have been set to be exponential, and the positive values are linearly presented.

SELU is known to be a self-normalizing function, but what is normalization?

Normalization is a data preparation technique that involves changing the values of numeric columns in a dataset to a common scale. This is usually used when the attributes of the dataset have different ranges.

There is 3 types of normalization:

So, how does SELU make this possible? More precisely, How can it adjust the mean and variance? Let's take another look at the graph:

Why are ReLUs insufficient?

Artificial neural networks learn by a gradient-based process called backpropagation. The basic idea is that a network's weights and biases are updated in the direction of the gradients.

One problem with ReLUs is that they can become trapped in a dead state. That is, the weights vary so much and the next iteration's z is very small that the activation function is locked on the left side of zero. The affected cell can no longer contribute to the network's learning, and its gradient remains zero. If this occurs to a large number of cells in your network, the trained network's power remains below its theoretical possibilities, resulting in dying ReLUs.

In this article, we have explored the concept of Amortized Time Complexity by taking an example and compared it with a related concept: Average Case Time Complexity.

In this article, we have explored MatMul operation in TensorFlow (tf.linalg.matmul()) and have presented a sample TensorFlow Python code performing MatMul (Matrix Multiplication).