Let us get started with Types of Dimensionality Reduction Techniques.

Have you ever dealt with a dataset containing tens of thousands of features? Consider how challenging it would be to create Machine Learning Models with that many attributes and how easy it would be if we could just get rid of features that we don't need!

Before going on, lets answer the question, What is Dimensionality?

Dimensionality refers to the number of columns, input features, attributes, and variables in a dataset. For example, consider a simple Students dataset with two features: Name and Age; now, this is a 2-dimensional Dataset, if we add a third feature, such as Height, this becomes a 3-dimensional dataset.

Basically, to put it in a nutshell, the number of features in a dataset is called its dimensionality.

What is Dimensionality Reduction?

The reduction of input features from a dataset to ease the process is called as Dimensionality Reduction.

But wait, wouldn't removing features from our dataset have a detrimental impact on our machine learning model? Isn’t it true, as we have heard, that having a large amount of data/input feature aids in creating good predictions? Removing the features won't affect?

Now this brings us to:

Why do we need Dimensionality Reduction and it's Importance?

Till now, what we have learned is that dimensionality reduction means, reduction of input features, but no one told us what is the problem with many input features? Let’s answer that:

So, what are the Advantages & Why do we need it?

• Data visualization is aided by the reduced dimensionality of dataset features.
• A lower number of dimensions in data equals less training time and computer resources, which improves machine learning algorithms' overall performance.
• Multicollinearity is addressed by deleting duplicate features.
• When there are many features in the data, the model tends to overfit, dimensionality reduction helps in avoiding the problem of overfitting

We will be covering 5 different Dimensionality Reduction Techniques:

It is always implemented on symmetric correlation or covariance matrix, this implies that the matrix is should be numerical and contain data that is standardize.

Basically, PCA is a typical approach for visualizing and pre-processing high-dimensional data. By preserving as much variance as feasible, PCA decreases the dimensionality (number of variables) of a data collection.

The first step in creating a Machine Learning Model is to analyze the available data. What should we do if we are provided a dataset that contains a large number of missing values/data? Our ML model will suffer from missing values. So, you may either drop the column or fill in the missing data. How should we determine whether to eliminate the column or fill in the missing values? Well, that relies entirely on the relevance of the column and whether or not we will need it for our prediction. However, I use a 50 percent rule, which states that if more than half of the values are missing, the item is dropped.

Once we call the above code the, the dataset it displayed:

As we can see that the above dataset has 12 columns, now lets look for the missing values, we do that using, isnull() and sum(). 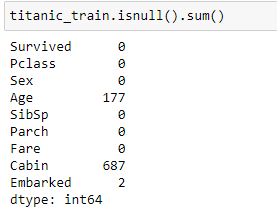 Now, lets think, do we need these 3 columns for our prediction? The age column is important, but do we need the cabin column? It’s not that important plus it has 687 missing values, its will be completely fine if we drop it

what we did is we replaced the missing values in the “Embarked” column with mode value.

Now our dataset is ready, with no missing values.

One of the most well-known and appropriate feature selection techniques is Random Forest. It's a tree-based model that's frequently used for non-linear data regression and classification. It already comes with in-built feature importance so we don’t need to program it separately. However, we must only use numeric values in this algorithm as it only takes them.

Let's use the Titanic Dataset to implement the Random Forest algorithm.

Earlier we dealt with the missing values, now, lets deal with non-numeric values before we shift to implementing Random Forests.

Let’s look at the dataset once more.

Before going ahead, let’s make it clear that the Name, Ticket, Fare, Cabin columns are of no use to us in making the prediction.

As we can see that the Sex and the Embarked Columns are of non-numeric types. Let’s convert them into numeric values. We will replace male by 0 and female by 1 in the sex column and for the Embarked column we will replace the S by 0, C by 1 and Q by 2.

Have a look at the dataset once more, you will find the Sex and the Embarked column having numerical values. We have also dropped those columns that are not required. 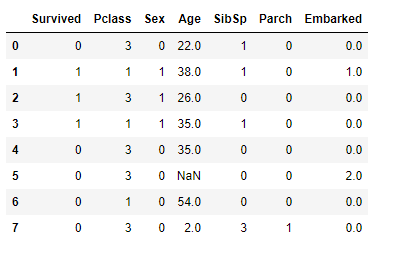 Now we need to split the dataset into training and test.

• We start by taking all of the n variables in our dataset and utilize them to train the model.
• Then we check the performance of the model
• Now we will eliminate features one by one at a time and train the model on n-1 features for n times before calculating the model's performance.
• We search for the variable whose removal has caused negligible or no modification to model’s performance and then we drop it.
• We repeat the process till no variable can be dropped

This technique is mostly used when building Linear Regression or Logistic Regression models.

Lets look at the output: 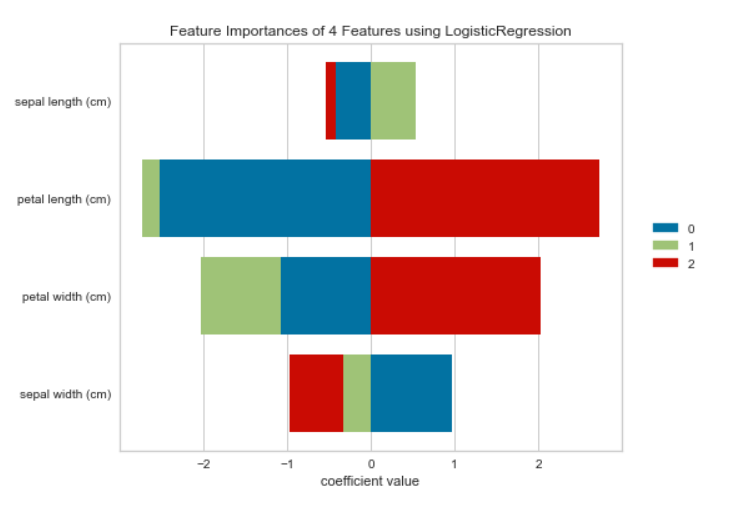 The Recursive feature elimination (RFE) technique has removed the floral leaf length (Sepal Length) from the logistic regression model, as seen within the output. The length of the sepals is that the least essential characteristic/feature.

Forward feature Elimination is the opposite of Backward Feature elimination where we look for and find the best features that will help in improving the performance of the model.

Lets check the output of the following code:

The forward feature selection procedure picked the sepal length, petal length, and petal width that had higher F-values, as shown in the output.

With this article at OpenGenus, you must have the complete idea of Types of Dimensionality Reduction Techniques.

In a simple way, a Library is collection of built in functions. One of the header file of standard C library is "math.h". As the name itself suggests, It defines various mathematical functions.

In this article, we have covered how to get the current stock price in Python from Yahoo Finance using two Python libraries, Beautiful Soup, and the Requests library.