Who doesn't want to get their dream job? But only few are able to crack it successfully. There are so many things to look into when you are going to face the technical interview but one should definitely have the strong understanding of basic sorting algorithms to stay confident and perform better than your competitors.

This is not only for those who are preparing for interviews but this is helpful when we are attending competitive programming contests. Go ahead and read the complete article dear learner :)

What are sorting algorithms used for?

We all have heard the term 'sorting' and it basically means to arrange the elements of a collection(ex- array or linked list etc) in some specific order (ex- ascending or descending etc).The algorithms used for the implementation of sorting are called sorting algorithms.

We are going to take a close look at selection sort, bubble sort, insertion sort, merge sort and quick sort and the respective basic definition ,example, algorithm, analysis of algorithm and when do we apply it.

What are in-place sorting algorithms?

Let's discuss the algorithms one by one.

The selection sort algorithm sorts an array by repeatedly finding the minimum element from unsorted part and putting it at the beginning. The algorithm maintains two subarrays in a given array i.e subarray which is sorted and subarray which is unsorted.

let's understand with an example:

Step 2 - Place it at the beginning

Quick Analysis
Two for loops are used in selection sort:

When to use selection sort?

Calculate the number of iterations required to completely sort the array arr[5]={74,25,11,22,9} with the example in shown section

Bubble sort is the simplest sorting algorithm and the logic used is really simple. It works by repeatedly swapping the adjacent elements if they are in the wrong order, which is found out when compared. If we have total N elements, then we need to repeat the above process for N-1 times.

Let's understand with an example:

When to use bubble sort?

Let's understand with an example:

Step 2 - Compare the current element or key to its predecessor.

Step 3 - If the key element is smaller than its predecessor, compare it to the elements before. Move the greater elements one position up to make space for the swapped element

Step 4 - Repeat the steps until array is completely sorted

Here , the vertical bar separates the sorted part of the array from the remaining elements; the element being inserted is in bold.

When to use insertion sort?

Merge sort algorithm is based on Divide and Conquer algorithm. It divides input array into two halves, calls itself for the two halves, sorting each of them recursively, and then merging the two smaller sorted arrays into a single sorted one.

Let's understand with an example : 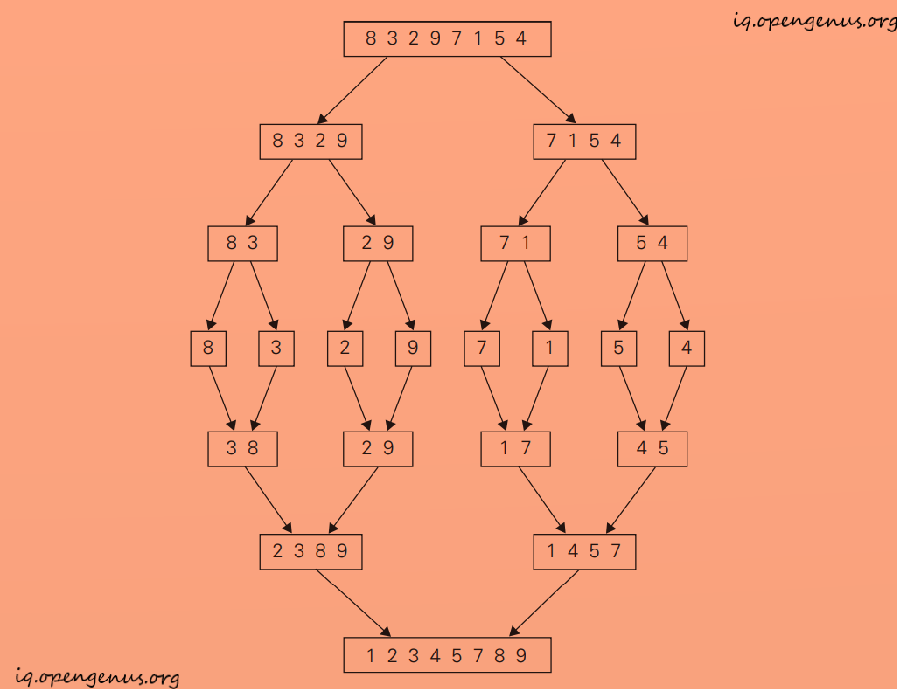 When to use merge sort?

Let's understand with an example :

When to use quick sort?

The table below compares Time and Space Complexity of basic sorting algorithms.

Hope this helped you in your journey.

Best wishes for your interview. Crack it like a pro!

Grigori Perelman is a Russian Mathematician who who refused $1M and the equivalent of Nobel Prize (Fields Medal) for his proof to one of the most difficult problems in Mathematics.

In this article, we have discussed Different ways to center elements in HTML. Firstly we'll discuss on the Introduction to the article. Later part, we'll understand ways of centering elements of HTML elements - Horizontally, in-line with other elements and at exact center.

OpenGenus IQ: Computing Expertise & Legacy
—
Different Basic Sorting algorithms. Know when to use which one and Ace your tech interview!
Share this