Bayesian Belief Networks also commonly known as Bayesian networks, Bayes networks, Decision Networks or Probabilistic Directed Acyclic Graphical Models are a useful tool to visualize the probabilistic model for a domain, review all of the relationships between the random variables, and reason about causal probabilities for scenarios given available evidence.

Sometimes, we know an event has happened already and we want to model what will happen next.

For example let one event be the tossing of a coin and the second event be whether it is raining outside or not.

The above mentioned events are conditionally independent as if it rains or not doesn't affect the probability of getting heads or tails.

To read more about Bayesian Statistics and the Bayesian Model, I would highly recommend that you read:

2. Bayesian Belief Networks and their Components:

Let us consider the below mentioned example to explain Directed Acyclic Graphs and Conditional Probability Tables:

Let us consider a problem where: 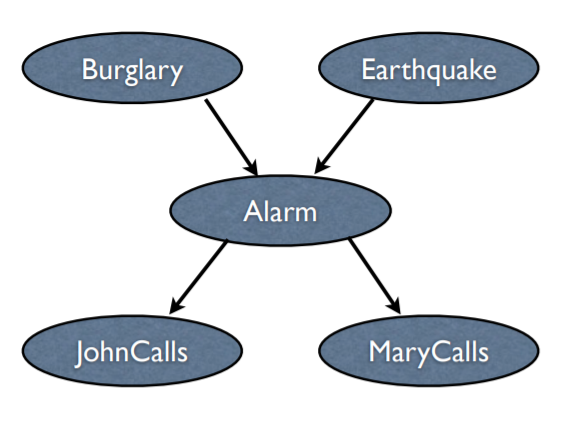 -The CPTs for the aforementioned example are: 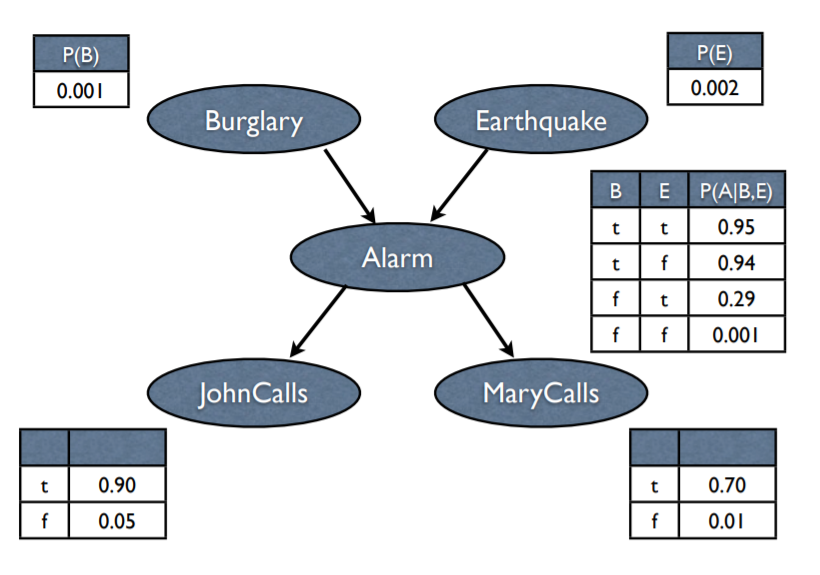 Calculation of the occurrence of an Event:

Occurrence of an event can be calculated using the CPTs, DAG and concepts of probability.

As we Disconnected Nodes are Conditionally Independent. Let us now try to calculate the probability that the Alarm rings (A) given that:

Bayesian Belief Networks in Python can be defined using pgmpy and pyMC3 libraries.
Below mentioned are the steps to creating a BBN and doing inference on the network using pgmpy library by Ankur Ankan and Abinash Panda. The same example used for explaining the theoretical concepts is considered for the practical example as well.

Checking if the cpds are valid for the model:

Viewing nodes of the model:

Viewing edges of the model:

Checking independency of a node::

The entire code can be found on my Github.

Hope you found this article interesting and understood the prerequisite probability concepts, what Bayesian Belief Networks are, and how to represent them in Python.

Binary Space Partitioning Trees is a method of recursively subdividing a space into two convex sets by using hyperplanes as partitions. The resulting data structure is a binary tree, and the two subplanes are referred to as front and back.

In this article, we will explore how to use complex numbers in C. There are two approaches: one is to implement it using struct in C and the other solution is to use complex.h library.