The day will come when you will apply for the job that you have dreamt of for years, you apply for it and got a call from HR for an interview. Although this article may help you as a recap, you will need a deep understanding of the Sorting algorithms to crack any technical interview. Here we are, to help you chase your dreams!

Not only for the sake of interview preparation, as an enthusiastic programmer it's good to know algorithms.

Shell sort is basically a segmented insertion sort that divides a collection, say array into several smaller non-contiguous segments. The distance between consecutive elements in one segment is called a gap. Each segment is sorted within itself using an insertion sort. Then divide it into larger segments (smaller gaps) and repeat sort. Continue until single segment (gap = 1) - I.e array is completely sorted.

Algorithm
Step 1 − Initialize the value of h.
Step 2 − Divide the collection,say list into a smaller sub-list of equal interval h.
Step 3 − Sort these obtained small sub-lists using insertion sort.
Step 3 − Repeat the above process until the complete list is sorted.

Heapsort is an interesting algorithm that uses heaps for sorting the given set of elements. Construction of heap and the array representation of heap is an important area to look into before understanding the algorithm.

Algorithm
Stage 1: Construct a heap for a given element of the array.
Step 2: Create maxheap(Ascending) for the heap we just constructed.
Stage 3 (maximum deletions): Apply the root-deletion(swap the root node with the last node in the array and delete the last node from the heap) operation (n−1) times
to the remaining heap.Where n is the no. of the element in the array

Let's understand heapsort with an example: 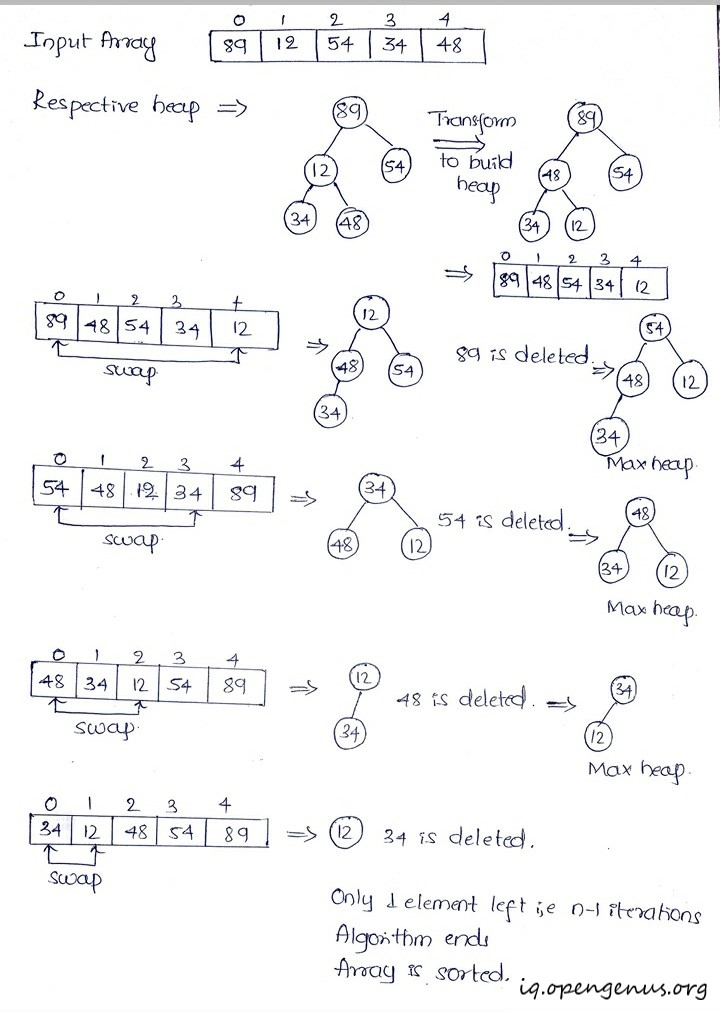 When to use heap sort?

In non-comparison based sorting, elements of array are not compared with each other to find the sorted array.

Let's understand heapsort with an example: 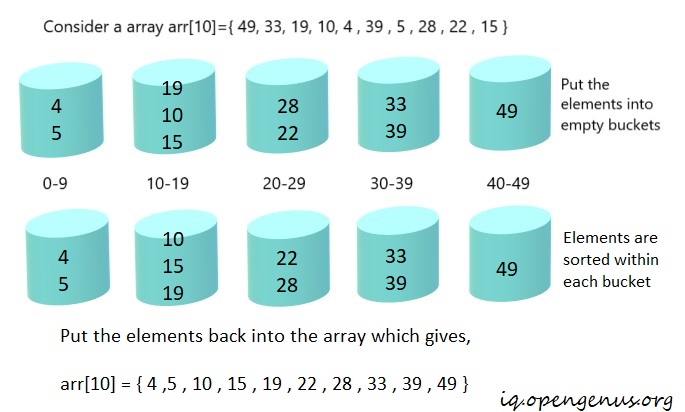 When to use bucket sort?

Radix sort is a non-comparision based sorting algorithm used to to sort numbers only. The algorithm sorts data with integer keys by grouping the keys by individual digits that share the same significant position and value place.

Algorithm
The algorithm performs the operation on every digit. So i vary from least significant to the most significant digit. For example, consider 201, i varies from 1 to 2.
Step 1: Sort input array using any stable sort say counting sort, according to the i’th digit.
Repeat step 1 until all the digits of all the array elements are sorted.

When to use Radix sort?

If you wanna play with integers then this sorting technique is for you! It is based on distinct numbers between a specific range. If know hashing you can think of this process as similar to that. The algorithm counts the number of distinct objects. Then we do an arithmetic operation like taking the average to calculate the position of each object in the output sequence. 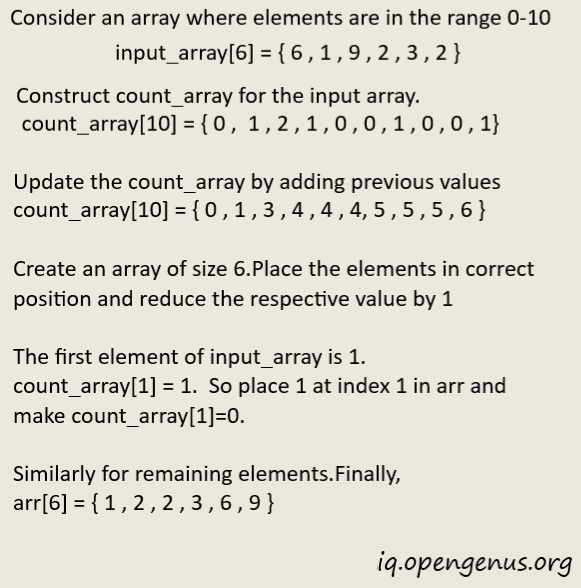 When to use count sort?

Hope you enjoyed working with algorithms.

Keep practicing and wish you the best!

StringBuilder is a standard library class in Java which can be used in handling string data and is alternative to String Buffer and String data type.