In this article, we will explore how the Karger's algorithm works to find the minimum cut in a graph and its C++ implementation. This is a randomized algorithm based on Graphs.

Let us get started with Karger’s algorithm to find Minimum Cut.

What is the minimum cut?

The minimum cut in a graph refers to the number of edges in the graph that must be disconnected to split the graph into two disjoint components. Let's take a few pictorial examples to get a more clearer idea. 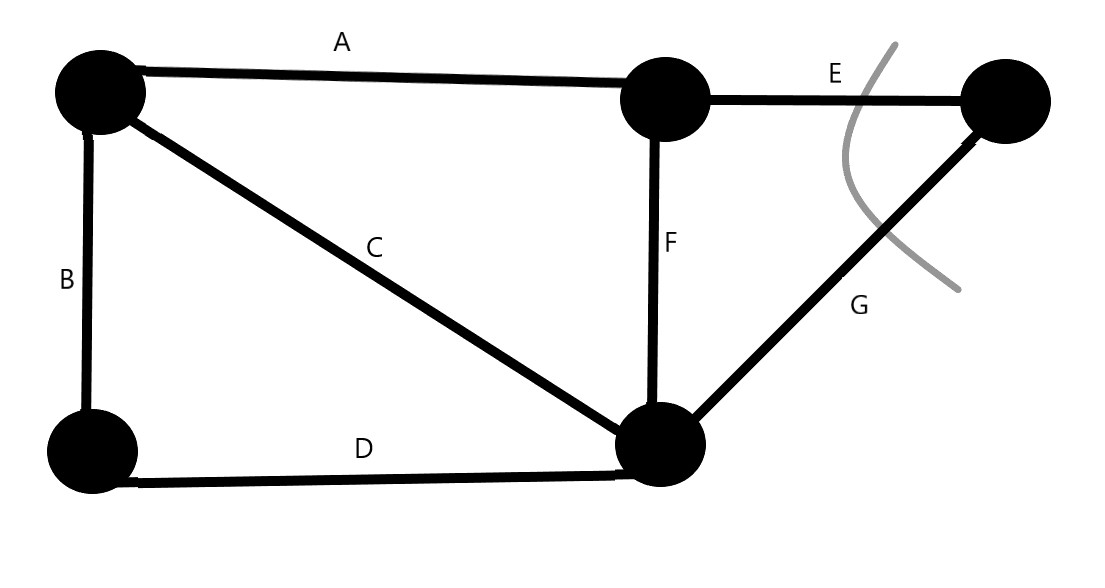 In this example, the minimum cut is going to be the severing of the edges E and G. So, Minimum cut=2.

The minimum cut can also achieved by severing the edges B and D. 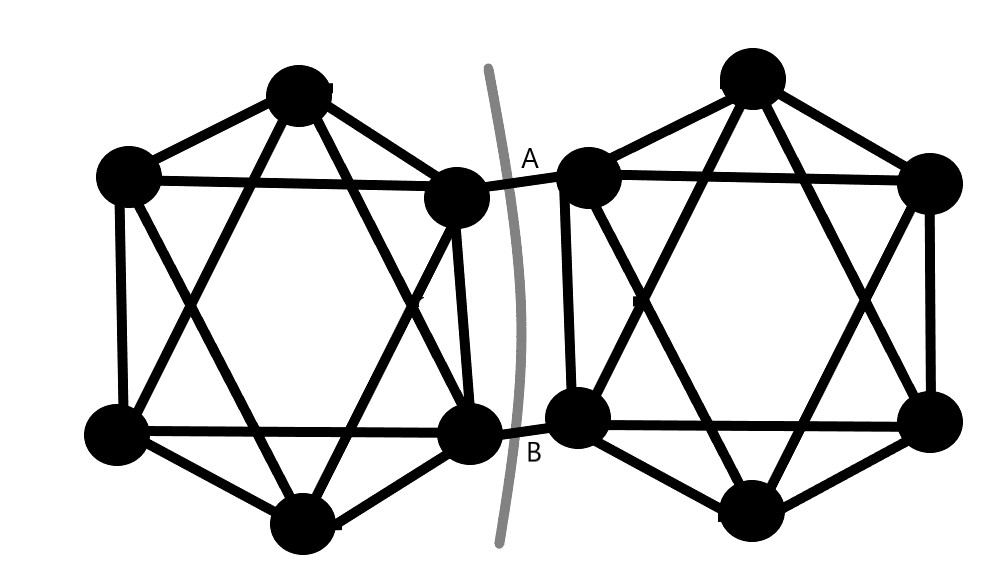 In this example, we see that the minimum cut is achieved by severing the edges A and B, which breaks the graph into two symmetric halves. So, Minimum cut=2.
We see that the size of the two disjoint components does not matter to us i.e. the two components can vary largely in size or be almost equivalent.

Karger's algorithm is a randomized algorithm to find the minimum cut in an unweighted and undirected graph in which we pick up a random edge and contract or coalesce the two ends of edge into a single point. So, all points eventually combine into super-nodes and the size of the graph keeps decreasing. All the while, all self loops are removed. At the end of the algorithm, we are left with two nodes connected by a number of edges. The number of edges connecting the two final super-nodes gives the required minimum cut.

So, we have the following algorithm:

Let us go back to our first example and see this algorithm in action visually. 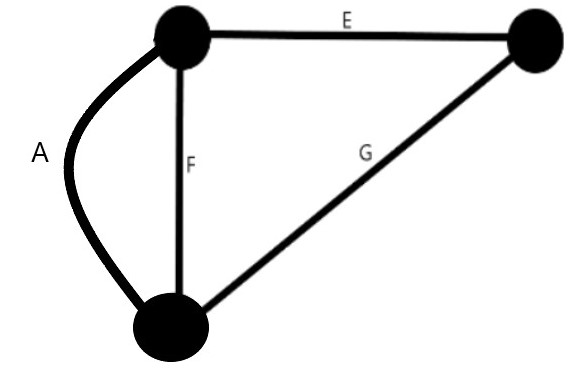 Since only two vertices remain, the algorithm terminates and 2(the number of edges remaining in the graph) is returned as the minimum.

Since Karger's algorithm is a randomised algorithm, it doesn't always arrive at the right answer in the first run. In fact, the probability of reaching the minimum cut is 2/n(n-1), which is low. So to ensure the minimum cut, we must run the algorithm an adequate number of times. It has been observed that we need atleast n2 log(n) runs to arrive at the optimal solution, where n is the number of vertices in the graph.

In the c++ implementation, we will be using an adjacency matrix to store the graph. This will be defined as a vector of vectors vector<vector<int>> edges. The number of rows and columns in the matrix is equal to the number of vertices in the graph vertices. We shall make some set and get functions to set values in the graph and retrieve them as well. We also have get and set functions for matrix size.
Apart from these, we have three major functions essential for the algorithm- remove_self_loops(), merge_vertices() and kargers_algorithm(). Let us see these functions one by one.

We will see the set() function definition later when we examine the entire program.

The function defines only one run of the algorithm. So, for optimality, we will call it multiple times in our main() function.
Now, we can see the final code with a graph class and all of its member functions and see how it all comes together:

Thus, in this article at OpenGenus, we have explored what the minimum cut for graphs is, Karger's algorithm for finding out the same as well as its C++ implementation. Keep learning!

In this article, we have explained the use of std::swap function in C++ with multiple C++ code examples covering primitive data types to User defined classes.

In this article, we have explored an insightful approach/ algorithm to find the maximum number of points on a straight line. This problem finds many uses in computational geometry.