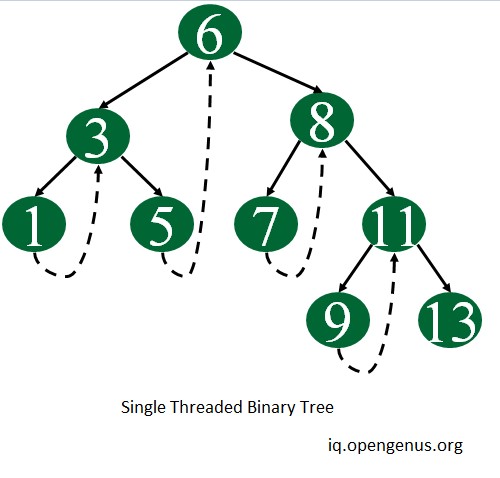 We can do the inorder traversal of the tree and store it in some queue. Do another inorder traversal and where ever you find a node whose right reference is NULL , take the front element from the queue and make it the right of the current node.

This approach is easy to follow but the problem with this approach is it use extra memory and also it's traversing the tree two times which makes approach 1 quite heavy on space and time.

but instead of following this approach we can do better , so let's have a look at approach 2

2.In each recursive call also pass the node which you have visited before visiting current node .

This approach is better then the previous approach as this uses less time and much less constant space.

consider the following tree as example - 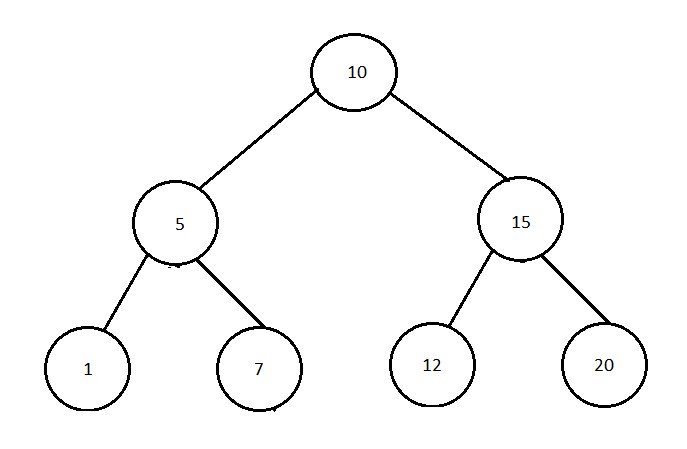 Step 1 :-
In the given tree we will traverse the tree in reverse inorder traversal which means we will first visit the right subtree then root then followed by the left subtree.

Step 2 :-
As we will follow this algorithm recrusively , so first we will visit the rightmost leaf node 20 , since there is no need which we have visited prior to this node we will make it's rightpointer point to NULL and bool variable as false. 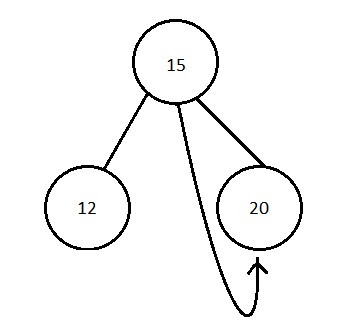 Step 3 :-
Now we will move to root which is node 15 in the given case and since we have already visited node 20 prior to node 15 so we will mark the right pointer of current node (15) to 20 and make bool but currently we are not on the leaf node so we will also make rightThread bool variable as true (indicating it's pointing to it's child node). 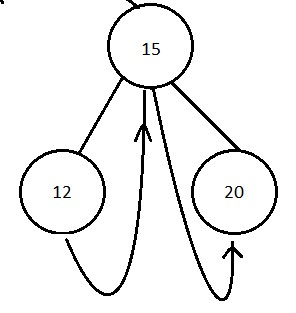 we will again repeat the step three on node 12 but this is a leaf node whose right pointer is pointing to it's ancestor so we will set rightThread bool variable as false.

At the end we will have the whole binary tree converted to threaded binary tree. 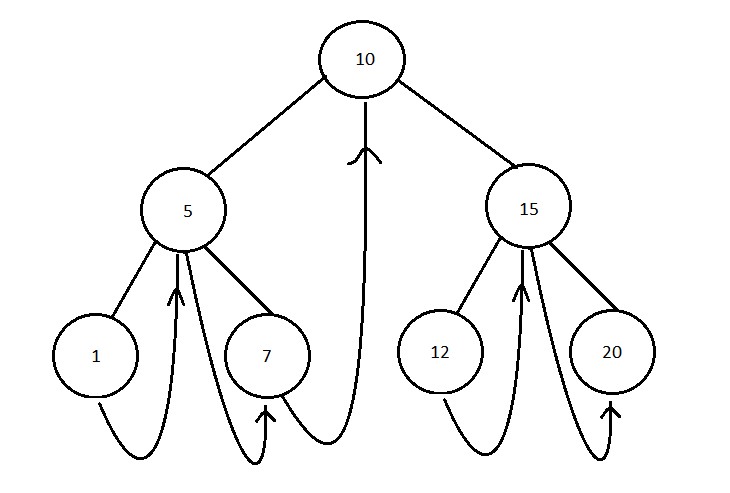 The time and space complexity required for the above conversion is -

Thank you for reading!!

A sub-tree is a tree itself that is the subset of a bigger binary tree. A subtree of a node means that it is the child of that node. In this article, we will find out different ways to find out if a given binary tree is a sub-tree of another binary tree.

Given an array of n positive integers, find the sum of the maximum sum decreasing subsequence (msds) of the given array such that the integers in the subsequence are sorted in decreasing order.