Convolution is an essential mathematical operation being used in many of today's domains including Signal Processing, Image Processing, Probability, Statistics, etc. Naturally, due to its extensive use, improved applications have been developed. So it is imperative that one knows in depth the various ways it can be applied. This article aims at explaining Convolution and the possible ways it can be applied in regards to NNs, CNN to be specific.

In mathematics, convolution is a mathematical operation on two functions that produces a third function that expresses how the shape of one is modified by the other.

Mathematically this is formulated as,

Now we will computationally explore the meaning of this formula one step at a time in matlab.

Consider two randomly generated functions represented by arrays vec1 and vec2.
We can perform convolution on these functions by following,

The resulting vector is the full convolution of vec1 and vec2 which can be computed using,

For a test case, the convolution can be graphically visualized as

Another interesting property of full convolution is Commutativeness which is verified by,

In the application perspective of convolution, it is less informative to find the convolution elements that correspond to less aligned shifts. when we filter the full convolution result and consider only those elements wherein all elements of the smaller function are completely aligned with the larger function we call it valid convolution.

Further, as we know the larger function can never be completely aligned with the smaller function, valid convolution IS NOT Commutative

The corresponding dimensional properties can be extended to higher dimensions.

The same can be done for randomly generated matrices(2d) matlab using,

Here it is important to note that all kernels used for image feature extraction are symmetric. In linear algebra, a symmetric matrix is a square matrix that is equal to its transpose.

At this point, it is good to play with different kernel settings and observe the results on a sample image file, 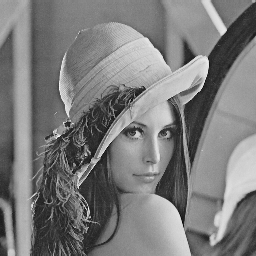 The resulting kernel's unique feature identification can be seen in a test case, 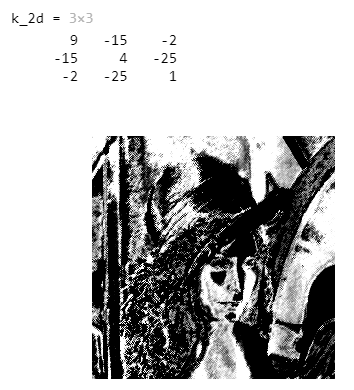 With a thorough understanding of convolution, we can proceed to brilliant combinatorial applications of Convolution in CNNs.

Grouped Convolution is a technique which combines many convolutions into a single layer, resulting in numerous channel outputs per layer.

Sometimes also referred to as Filter Groups, the concept of using group convolution was introduced in the AlexNet paper from 2012. This technique was driven by the need to train a network with GPU RAM restrictions. The core concept was to create parallelism in order to reduce single-point load thereby reducing the need for HPC.

In essence, apply different kernels on the same input images and guide it through an equivalent number of pathways (greater than 1) which train and backpropagate in parallel.

To illustrate, consider the below model of 2 pathways used in AlexNet

It is fairly obvious that we do not want to compensate for model performance, likewise, we see that this technique also brings about improvements in accuracy.

Observing the above image, The error value for a model with 2 groups is notably lower in comparison to a model with none

Looking beyond simple model evaluation metrics, the learning representations of Group convolution are better. The non-subjectiveness is proven by the following findings,

The above image shows the learned information 48 kernels in each of the 2 separate groups, correspondingly trained on different GPUs (say GPU 1 and GPU 2 as in AlexNet). Clear distinctions in both black and white and color information are captured by the different GPUs present.

The use of Group convolution coheres the individual streams into one, this can be comprehended by,

Finally, we can also note that parallelization occurs in two ways:

Another interesting feature highlighted in the blog is the convergence of correlations between filters of adjacent layers in a Network-in-Network model trained on CIFAR-10.

First, the fundamental NN architecture parameters must be decided either randomly or based on EDA. When trying to implement grouped convolution, this would also include deciding the number of groups/information channels that the model will learn from. The following actions are then taken to create the group convolution process,

The code to implement the same will be discussed now,

We transition from the use of matlab to python for ease in creating NN models. The below class forms the core part of creating group convolution ResNeXt model,

In convolutional neural networks, Channel Shuffle is an operation that helps combinatorially decide the information flow between feature channels, and when the infromation is derived from applying group convolution this process is termed as Shuffled Grouped Convolution.

The use of grouped convolution brings about distinct learning segments. Each of these individual segments has kernel-based unique learned information which can be interchangeably combined with successive layers. This concept was first envisioned in ShuffleNet published in 2017.

This concept can be visualized as,

This type of combinatorial model often provides better accuracy which is verified by the following results from ShuffleNet.

Further, the paper compares the ShuffleNet model with other extremely competitive models, whose results are,

Naturally, it is required to implement grouped convolution before moving on to shuffling the channel information which is done by,

The code to implement the same will be discussed now,

A baseline Shuffle net block functionality can be achieved in python using,

Makes use of combinatorial training to improve,

With a complete understanding of Convolution, Grouped Convolution, and Shuffle Group Convolution one will be able to greatly appreciate the
nuances and intricacies of modern-day CNN research. The level of abstraction brought by applications of such complex yet logically elegant methods can be broken and the true beauty of basic mathematical operations and their associated influence can be experienced.

Beyond the theoretical decorations, improvements in cognitive ability are brought forward by the effort of trying to successfully implement the discussed concepts.

In hashing, we convert key to another value. It is a searching technique. In linear search the time complexity is O(n),in binary search it is O(log(n)) but in hashing it will be constant. We make use of a hash function and a hash table.

Merge Insertion Sort is the combination of Merge sort and Insertion sort that minimizes the worst case time complexity for smaller value of n.