The Kohonen Neural Network (KNN) also known as self organizing maps is a type of unsupervised artificial neural network. This network can be used for clustering analysis and visualization of high-dimension data.

It involves ordered mapping where input data are set on a grid, usually 2 dimensional. It reduces dimensionality of inputs by mapping its input to a simpler version of itself while preserving its underlying structure. The key characteristic of KNN is that its self organizing, where nodes are grouping themselves based on the features of the input data. 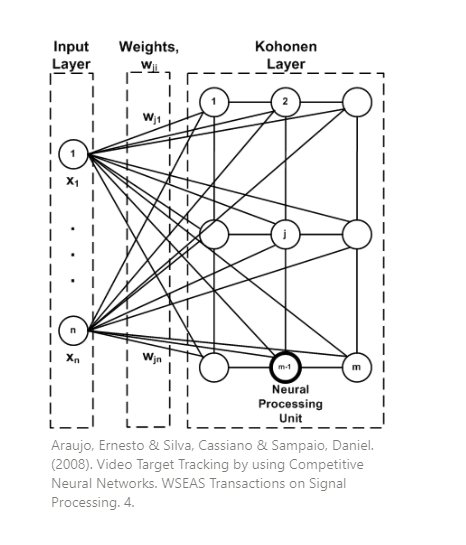 
The components of the network are the weight and the input vectors. Each weight is initialized in the beginning, this has the same dimensionality as the input data. Weights also have a natural location, this will tell its x,y location in the 2D map.

The algorithm works as follows:

This is the initialized data visualized in a grid.

After using KNN it can be seen how from different epochs you can see how it arranges the RGB colors. AFter 10 epochs there is not much difference anymore.

Questions about OOP concepts are asked in every organization during interviews, be it product-based or service based. This article covers the most important questions you need to crack any technical round.

Today we are going to compare two non linear data structures binary trees and heaps since both are non liner there tend to be confusion regarding both of these usually we will try to remove these confusion.